Protesters on Tuesday made their way into a National City Council meeting to demand answers over the death of Earl McNeil. 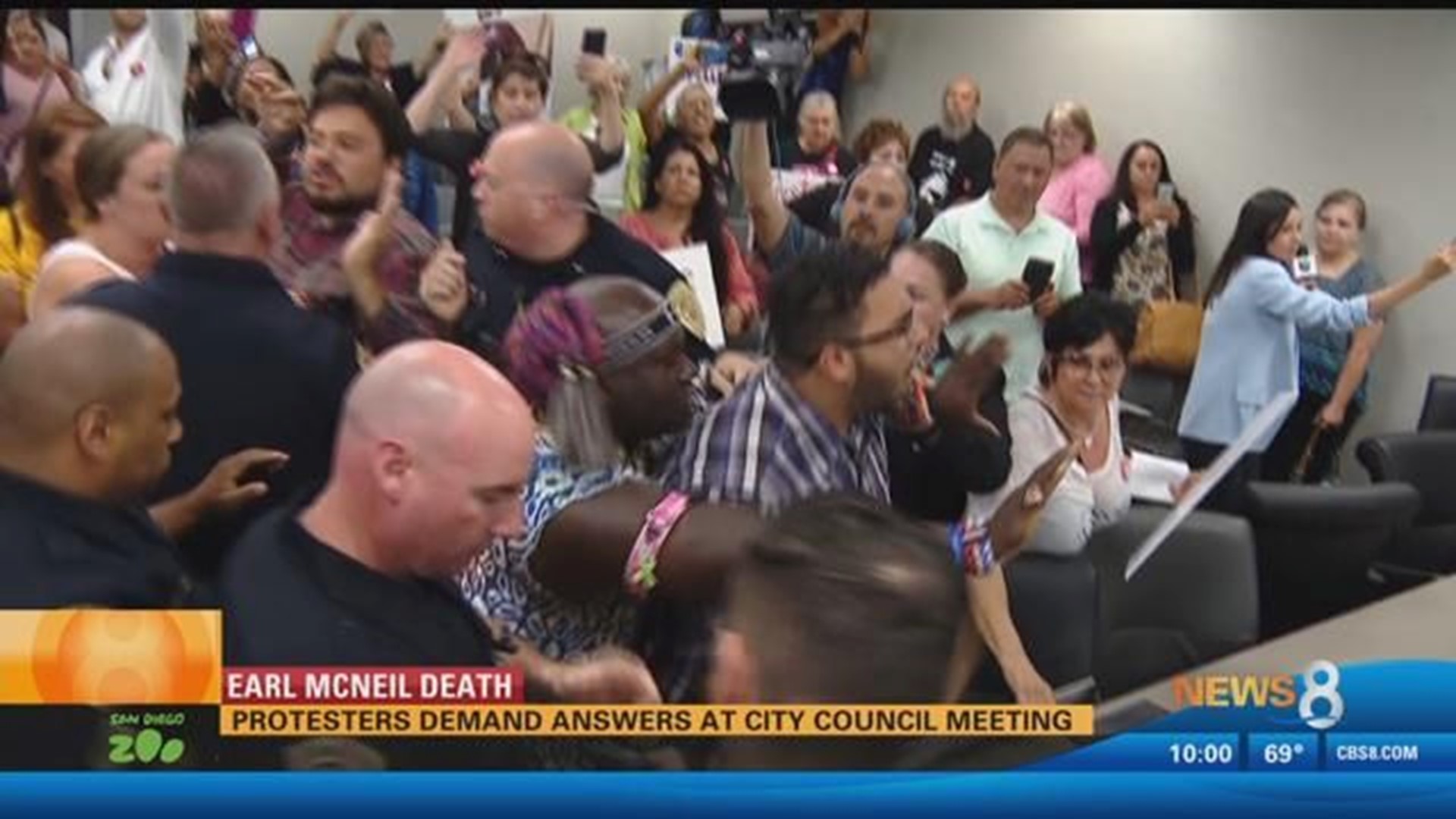 NATIONAL CITY (NEWS 8) – Protesters on Tuesday made their way into a National City Council meeting to demand answers over the death of Earl McNeil.

Last month, McNeil's relatives said he had gone to NCPD headquarters at 1200 National City Blvd. to ask for assistance of some kind. Instead, McNeil was taken to San Diego Central Jail and then wound up at UCSD Medical Center in Hillcrest with a grim prognosis.

Relatives said McNeil wound up in a coma after suffering severe brain damage while in custody.

He never woke up. McNeil died after being taken off life support last month.

Exactly what transpired during that timeline is a mystery, but on Tuesday, protesters called on the National Police Department to be more transparent about what happened during the time McNeil was in custody.

The dozens of protesters on Tuesday were visibly frustrated and refused to leave after they forced the meeting to be shut down twice. Those that remained continued to voice their demands for a complete and independent investigation into McNeil’s death.

National City Police said three protesters were arrested. One of them for interrupting the City Council meeting and the other two for violating the building's Fire Marshall occupancy code.

Police officials, for their part, contend that McNeil was combative, agitated and paranoid that day, forcing them to put him into full-body restraints while transporting him to county jail, where he was stricken by a medical crisis.

Activists, however, claimed the department has delayed the release of key details in McNeil’s death – including video.

On Tuesday, protestors directed their frustrations to Police Chief Manuel Rodriguez face to face – including protestors shouting directly in his face. According to Rodriguez, the medical examiner is still working to complete a report and claimed that any video of the incident cannot be released.

“We don't release videos while there's a current investigation and this is where people are confused. This is not an officer involved shooting. There isn't a particular moment in this incident that's going to show anything,” he said.

Activists, however, did not accept Rodriguez’s explanations.

McNeil’s family filed a complaint alleging civil rights violations in the case with the FBI.