Eastlake Little League All-Stars on the road to victory

The Eastlake Little League All-Stars from Chula Vista are scheduled to resume play in the Little League World Series Wednesday, with the first of a possible two chances to advance to Saturday's U.S. C 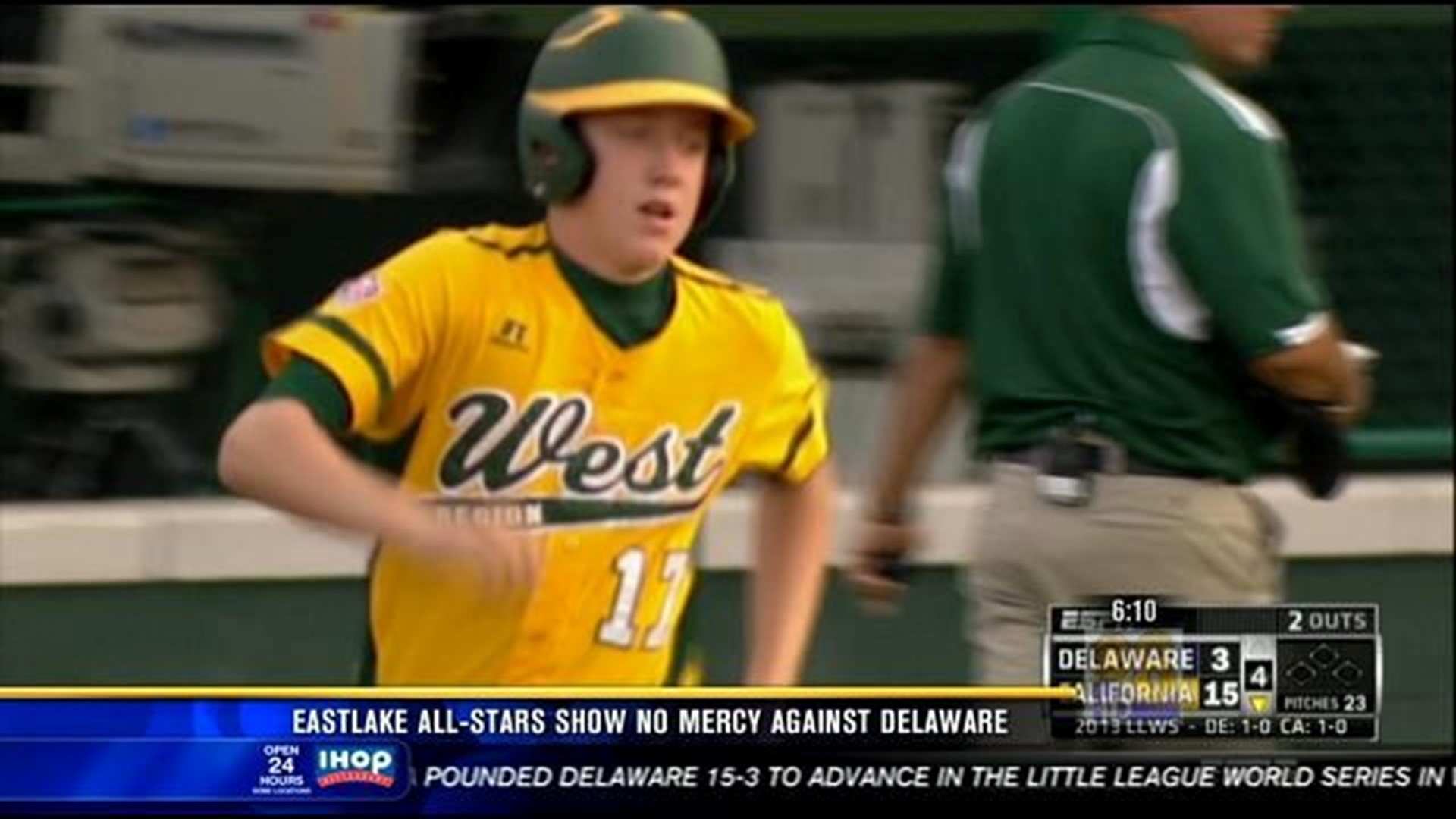 CHULA VISTA (CNS) - The Eastlake Little League All-Stars from Chula Vista are scheduled to resume play in the Little League World Series Wednesday, with the first of a possible two chances to advance to Saturday's U.S. Championship Game.

Eastlake's next opponent is the all-star team from Westport Little League of Westport, Conn., the New England Region champion, in a matchup of the tournament's only two 2-0 U.S. teams. The other four teams in contention for the U.S. championship in the double-elimination tournament are all 1-1.

"I think its going to be a low-scoring game," said John Ludman, manager of the all-star team from the Newark National Little League from Newark, Del., that lost to Eastlake, 15-3 Sunday in South Williamsport, Pa. The game was shortened to four innings because of the 10-run rule.

"I think (Eastlake) is probably a better hitting team than Connecticut, but Connecticut's got a great pitcher."

The other four teams in contention for the International Championship represent leagues from Canada, Panama, Puerto Rico and Taiwan.

The U.S. and International champions will play in the World Series Championship Game, which is scheduled for Sunday.

Eastlake hit four home runs Sunday, with Jake Espinoza, the No. 2 hitter in its lineup, beginning the home run barrage in the bottom of the first by hitting Nathan Hardcastle's 1-2 pitch for a two-run homer, tying the score, 2-2.

"I just had two strikes on me and I knew I had to protect (the plate) so I just tried putting the ball in play, hitting it hard," Espinoza said.

Micah Pietila-Wiggs hit a tie-breaking three-run homer in the second.

Michael Gaines hit a solo home run in the third. Eastlake added a second run in the inning on Pietila-Wiggs' sacrifice fly, which increased its lead to 7-2.

Grant Holman ended the game with a grand slam with two outs in the Eastlake's eight-run fourth inning after striking out in each of his first three at bats.

"All I wanted to do was get a base hit... and it happened to fly over the fence," said Holman, who pitched a no-hitter in Eastlake's opening World Series game Friday.

Eastlake combined singles by Nick Mora and Gaines, four walks and two wild pitches for its first four runs of the inning.

Newark, the Mid-Atlantic Region champion, scored twice in the first. Jack Hardcastle's two-out double drove in his brother, Nathan, who had an infield hit. Joseph Davis also scored on the play on an error by Holman, the Eastlake shortstop. Davis had reached first on an error by Kevin Bateman II, the Eastlake left fielder.

"We felt really good after the top of the first," Ludman said. "We even felt good after (the bottom) of the first when they scored a couple of runs. They made adjustments and we didn't."

Brandon Sengphachanh hit a solo home run for Newark in the fourth.

Mora pitched a three-hitter, striking out six and walking one helping Eastlake to its 20th victory in 21 games in five tournaments.