Protests outside of Drag Queen Story Time in Chula Vista

While many attended the event in support, some religious leaders protested the event. 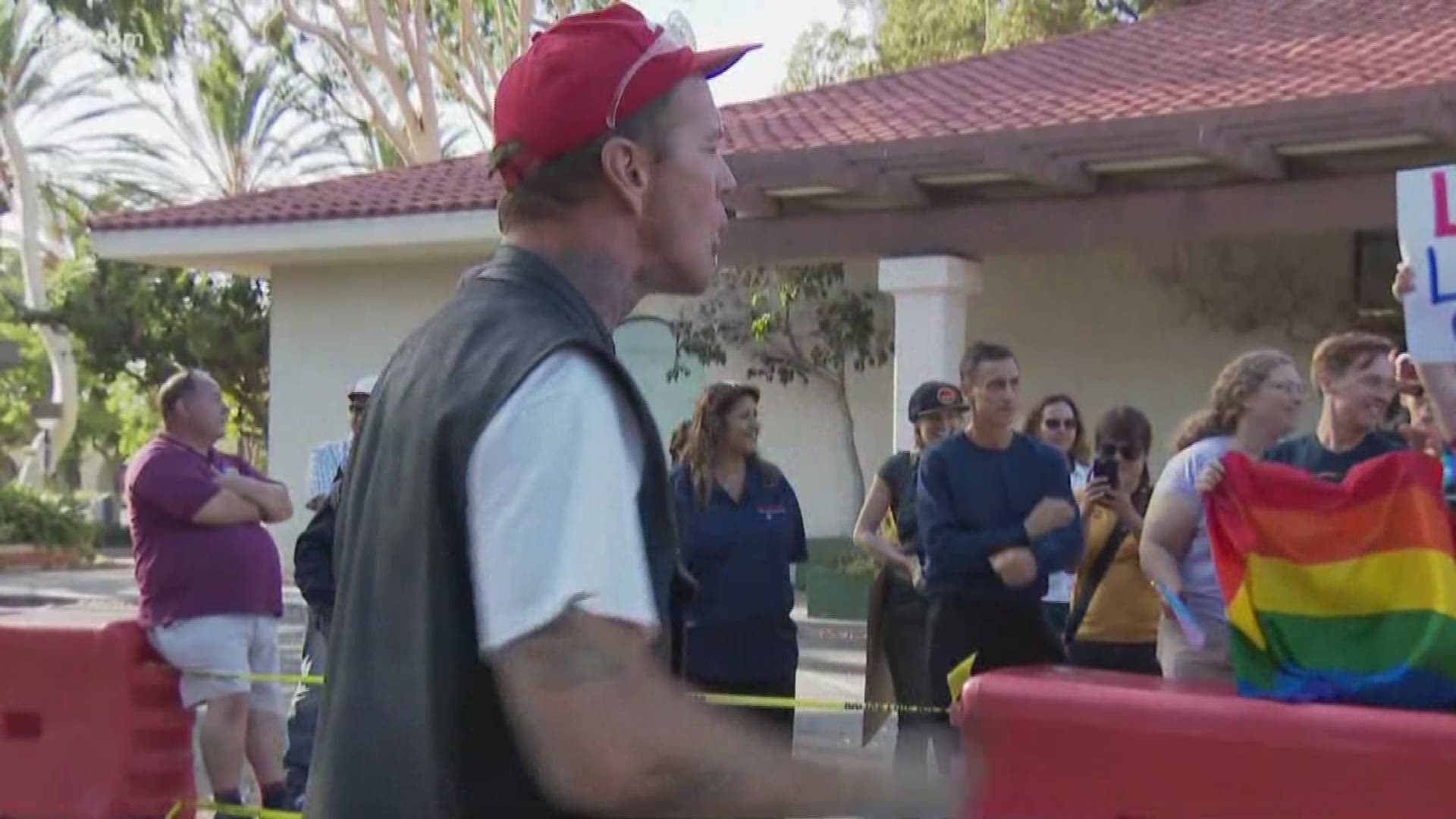 While organizers expected a large turnout on Tuesday afternoon, they also expect protesters, who showed showed up outside the venue along with supporters.

Drag Queen Story Hour was launched in San Francisco in 2015 and has since spread across the country, even to cities in conservative states like Lincoln, Nebraska, and Juneau, Alaska. The events, according to the DQSH New York chapter, are intended to celebrate learning and play while also teaching children about confidence and gender diversity. The Chula Vista event is not affiliated with the Drag Queen Story Hour organization.

The Chula Vista Library hosted hosting the event with City Councilman Stephen Padilla at the library's Civic Center Branch. The event has drawn both support and consternation from local organizations.

RELATED: Vandalism at Chula Vista church being investigated as a hate crime

"This program needs to be shut down before it even starts," said Arthur Schaper, the director of California's state chapter of MassResistance. "Having illicit, sexually explicit adult entertainers reading to children, billing them as heroes and role models, is just unthinkable and unconscionable."

After the news conference, the local interfaith coalition DevOUT backed Drag Queen Story Hour and the city of Chula Vista by writing and signing onto a letter of support.