Factoring race in admissions: California voters to decide whether to restore affirmative action

The heated debate hit on nationwide protests over racial injustice stemming from the killing of George Floyd. 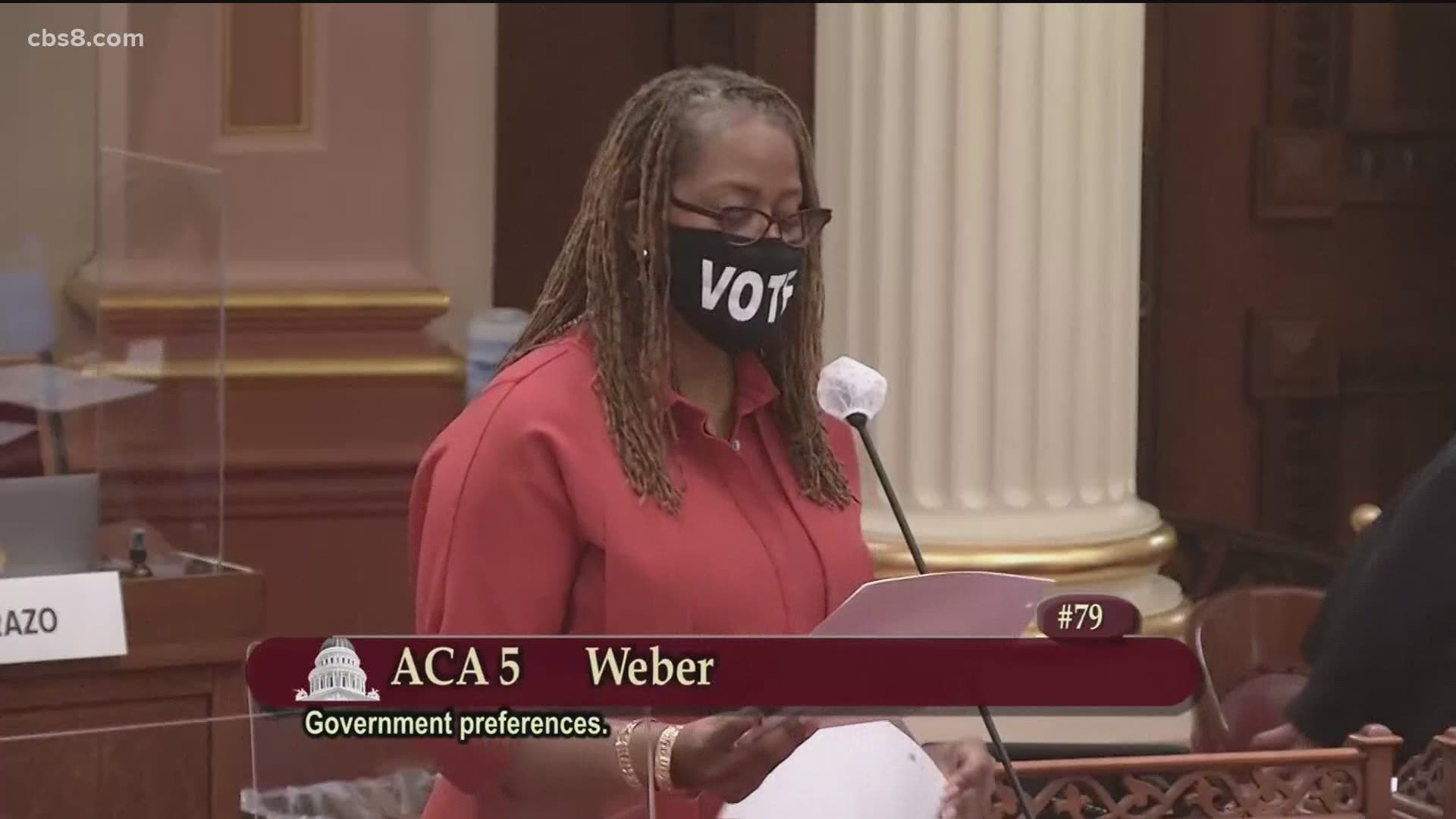 CALIFORNIA, USA — A proposal to bring back the use of race in college admissions will officially go before voters in November, after an emotional debate over affirmative action in the state legislature on Wednesday.

California state senators made the case that minorities have had fewer opportunities since the passage of Prop. 209 in 1996, banning the use of race in admissions, hiring and government contracts.

In a 30-10 vote, the state senate passed a measure to take it back to voters. It will serve as an amendment to the constitution, known as ACA 5.

“I challenge my white colleagues - bet you can count on one hand the number of times you've walked into a room and you're the only one that looks like you,” said Senator Steven Bradford (D-Los Angeles).

The heated debate hit on nationwide protests over racial injustice stemming from the killing of George Floyd.

“I patently reject the notion that this state is racist,” said Senator Melissa Melendez (R-Riverside County).

Senator Ling Ling Chang (R- Los Angeles), challenged the measure, asking her colleagues on the floor, “How did we get to the point that we are advocating for discrimination in the law?”

Like Chang, Peter Kuo of the California Republican Party said many Asian Americans reject ACA, arguing that racial quotas will put them at a disadvantage.

“California is already the most diverse state. People come here for opportunities. They are not here for the handouts or free college admissions just because you're the right color,” said Kuo, Vice Chair of the CA Republican Party.

However, Vincent Pan is not one of them.

“Without that type of affirmative action, the playing field is not level,” said Pan.

Pan is the Co-Chair of The Opportunity For All Coalition, arguing that bringing back affirmative action simply makes sense.

“Structural racism is still very much a part of our society and we need to fix that,” Pan said.

Both sides are gearing up to launch massive "get-out-the-vote" campaigns before mail ballots go out in October.