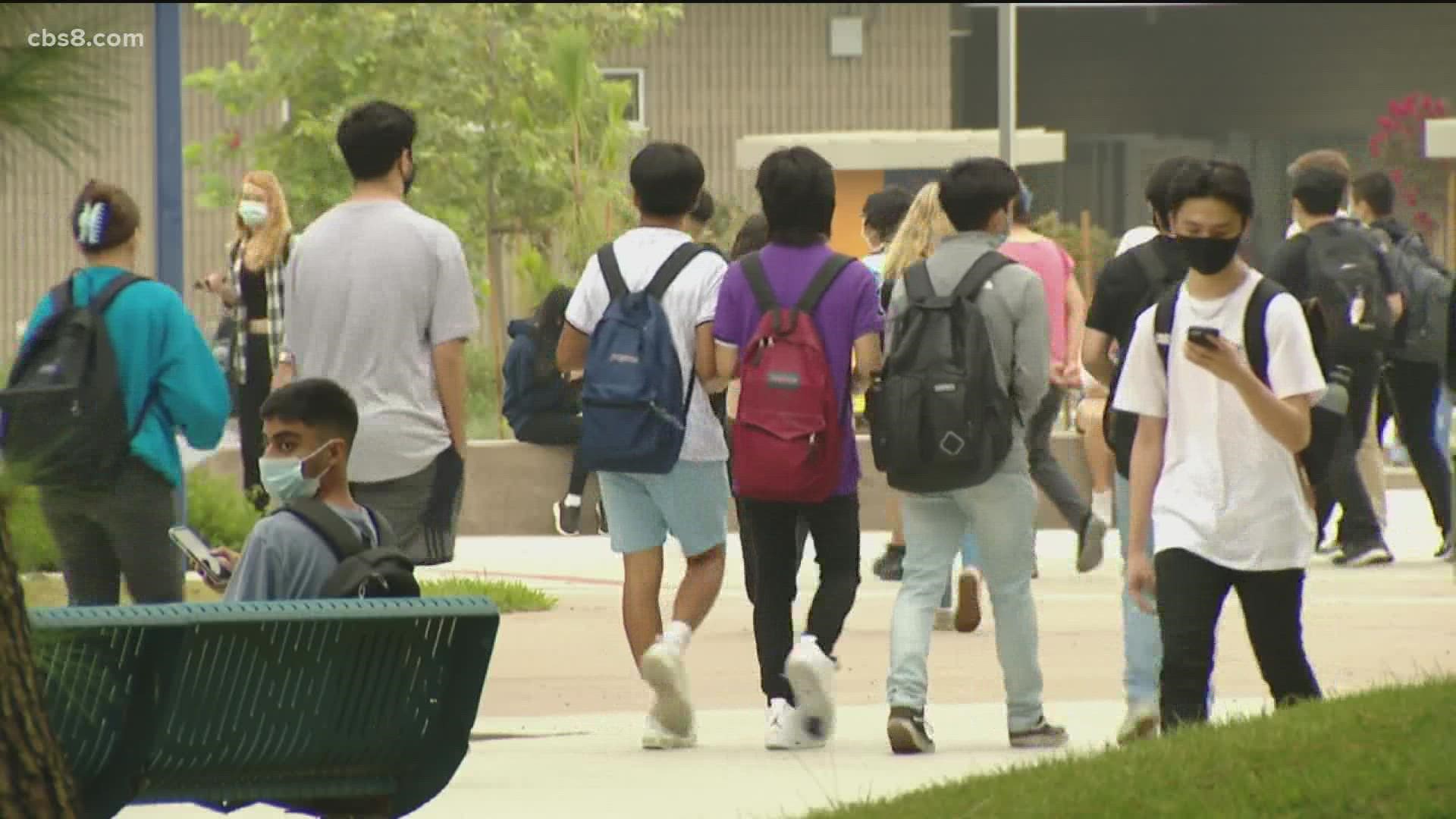 CALIFORNIA, USA — California will now be the first state to make ethnic studies a graduation requirement for high school students.

“What is the rush? What we're asking is put a pause on it," Masha Merkulova, founder and executive director of Club Z, an after-school club for Jewish teenagers, said.

She was among several Californians petitioning against it, in part because it does not mandate what curriculum teachers use.

"There's no oversight. A teacher who is an activist can bring anything they want into the classroom. It doesn't have to be approved," Merkulova said.

"It's most definitely not a racist curriculum," Dr. Sean Arce, who teaches Chicano studies to both high school and college students, said.

Dr. Arce is also a member of the Liberated Ethnic Studies Model Curriculum Coalition, an educational advisory group which has worked to create the courses teachers will have to choose from under AB 101.

They argue ethnic studies is necessary to understand our state's history, adding there are parameters in place.

"We have fought 52 years for an ethnic studies requirement for California's majority student of color population. The curricular framework is up to each district within reason. We are a discipline. We have principles," LESMC member, Dr. Theresa Motano, said.

Revisions were made and it was adopted by the state Board of Education this past March.

“Having closely monitored and studied the ethnic studies scene unfold on college campuses for years, particularly in California, to say we are deeply concerned is an understatement. While certainly not all in the ethnic studies field fall into this category, there is a vocal and active faction of extremists who have long been seeking to inject their antisemitic and anti-Zionist agenda into our nation’s classrooms, and today that faction succeeded. This is a dark day for Jewish students in California and the dozens of other states that historically follow California’s lead.

“The fact that no less than seven ‘guardrails’ were deemed necessary for preventing AB 101 from facilitating the widespread promotion of antisemitism is itself a stunning indictment of the bill and the dangers it poses for Jewish students and the Jewish community. And by law those so-called guardrails are purely optics. They carry zero weight when it comes to preventing school districts from bringing the rejected and blatantly antisemitic original ESMC curriculum or its far worse Liberated cousin into the classroom.

“This bill could and should have been stopped at the legislative level and must not be forced on the Jewish community to fight in each of California’s 1,300 school districts. We surely hope that those who guaranteed the guardrails would prevent antisemitic curricula from seeping into our state’s high schools stand ready to fulfill their commitment, since this enormous responsibility ought to fall squarely on their shoulders, not on parents and students.”