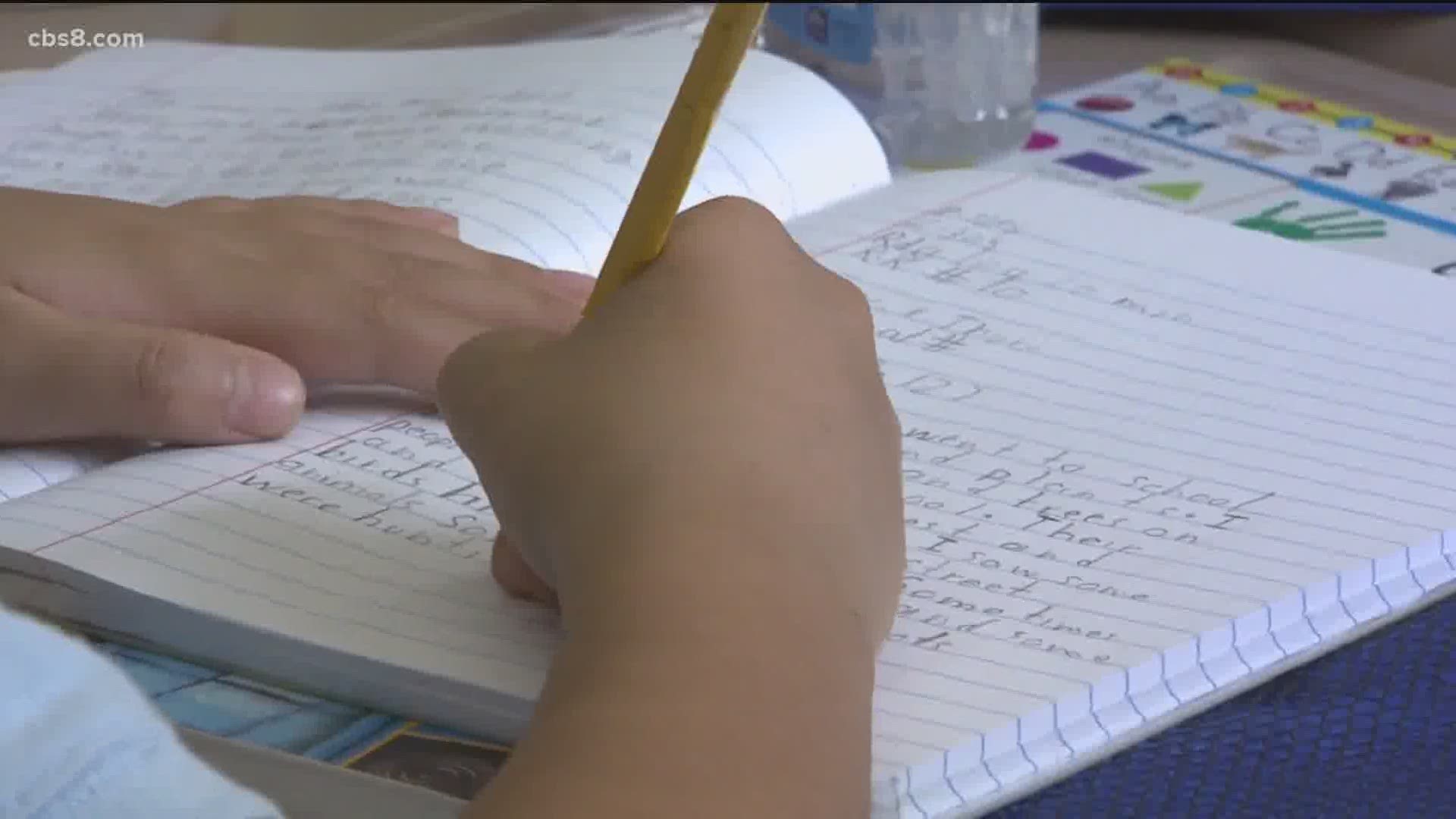 SAN DIEGO COUNTY, Calif. — Some San Diego schools plan to resume instruction next month, and parents are being asked to decide their children’s back to school plan.

“We are are torn because either way its not going to be easy,” said San Diego father of two, Kian Salehizadeh.

Salehizadeh was so torn about his 5-year-old son's back-to-school plan, that he started a conversation with neighbors in the community, but his post on Nextdoor only highlighted the dilemma.

“I didn’t expect it was going to turn into this massive back and forth where parents are debating now,” he said.

It’s a debate for families across California.

School districts everywhere are giving parents options: in class or at home virtual instruction. In San Diego County, while some have allowed a "hybrid" model, Poway Unified has not.

“Something where the first half of the day a certain number go to school and the second half, others go,” Salehizadeh suggested.

“Where’s that money going to come? From hiring this many more teachers to do three different models of learning. We’d rather do two very well,” said Poway Unified Chief Communications Officer Christine Paik.

They are options even public health officials are unsure of.

“It really will depend on the dynamics of the outbreak in the particular location where the school is,” Dr. Anthony Fauci said to Senators Tuesday.

Dr. Fauci warned lawmakers that there is no one-size-fits-all plan for returning to the classroom, but the American Academy of Pediatrics is urging a return to in-person learning, warning that "lengthy time away from school often results in social isolation," putting kids at greater risk than the virus itself.

“I’d rather not risk it is the direction we're leaning toward,” said Salehizadeh.

Keeping a kindergartener home for school isn't ideal for Salehizadeh and his family, but they've reasoned and it's also not long term.

“It’s just one year out of many more that he'll hopefully have in school, so it might be worth the sacrifice if there isn't a better option,” he said.