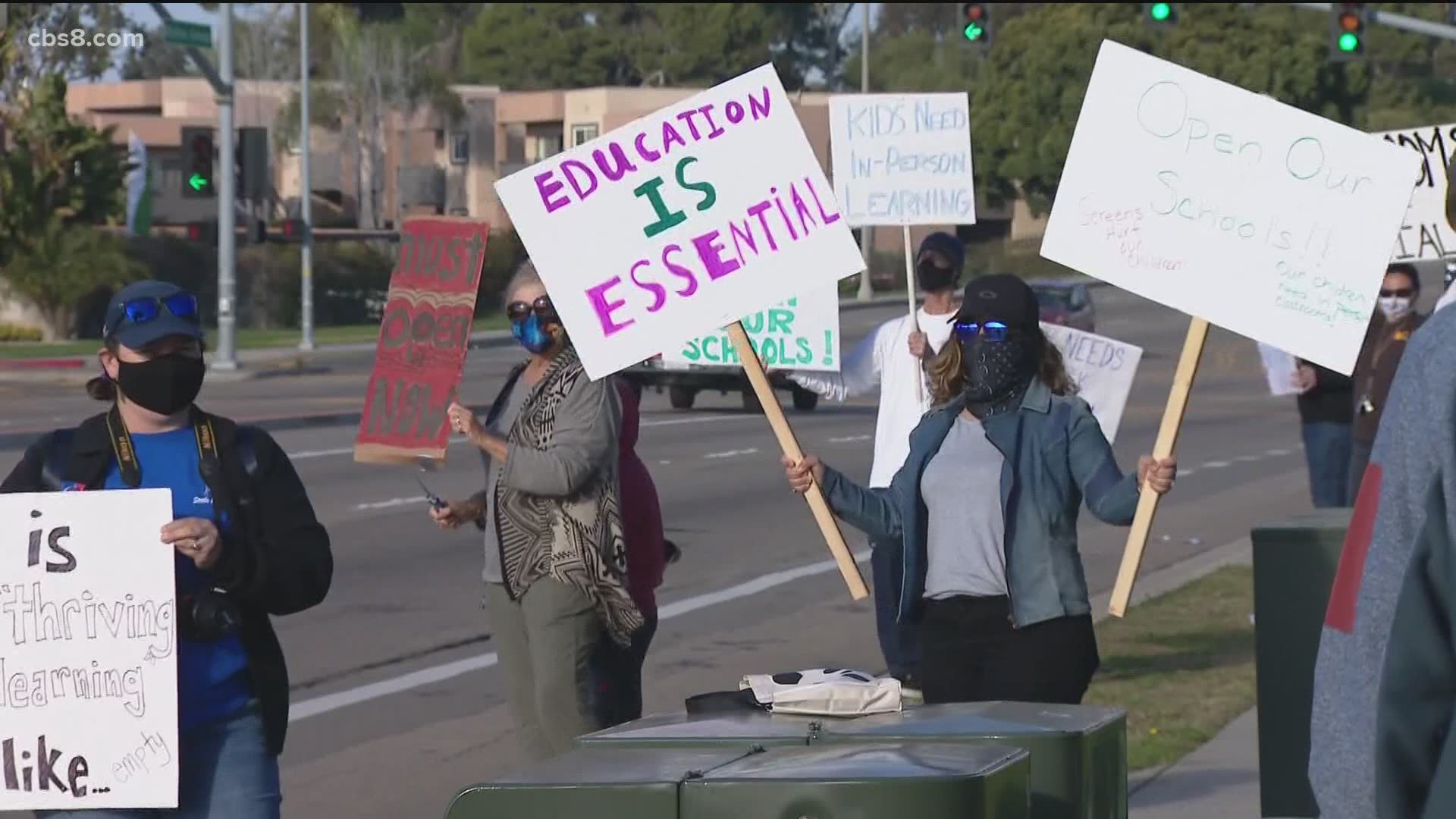 SAN DIEGO COUNTY, Calif — The fight over reopening schools safely is at the center of a new lawsuit. This time, it comes from a group of parents from many local districts looking to overturn the plan put in place by the state.

The group claims that the plan and protocols that were put in place by the State of California are not helping schools reopen. The Parent Association of North County San Diego who helped organize the parents in this lawsuit said, “The harm that has been done to students over the past eleven months is a direct result of the failure of policy to protect children. The claims outlined in the lawsuit are not unique or isolated. They represent the real stories of thousands of children in North County who are suffering because adults have not prioritized the needs of children during this pandemic.”

The parents in this lawsuit are from Carlsbad Unified, San Dieguito Union High, Poway Unified, Oceanside Unified, and San Marcos Unified. The group is looking to overturn the state rules that bar middle and high schools from reopening until their county achieves a case rate of 7 per 100,000 cases.

Some schools which reopened prior to San Diego County sliding back into the purple tier are allowed to stay open, but some chose to close in order to bring safety measures up to code with the new guidance.

This lawsuit claims those measures are arbitrary and overly restrictive. According to the lawsuit, the families that decided to sign on say their children are suffering citing extreme instances of anxiety and even some cases of attempted suicide.

News 8 reached out to the State of California who gave a statement that said, "

We haven’t been served or seen the complaint, and therefore can’t comment on the specifics of the lawsuit, nor can we comment on pending litigation.

A top priority for Governor Newsom is getting students back at school for in-person instruction as safely and quickly as possible. The Governor released a plan to do so in December, and the Administration is continuing discussions on the pace of reopening of schools with the legislature."