The district said principal's transfer was routine, not the result of disciplinary action. 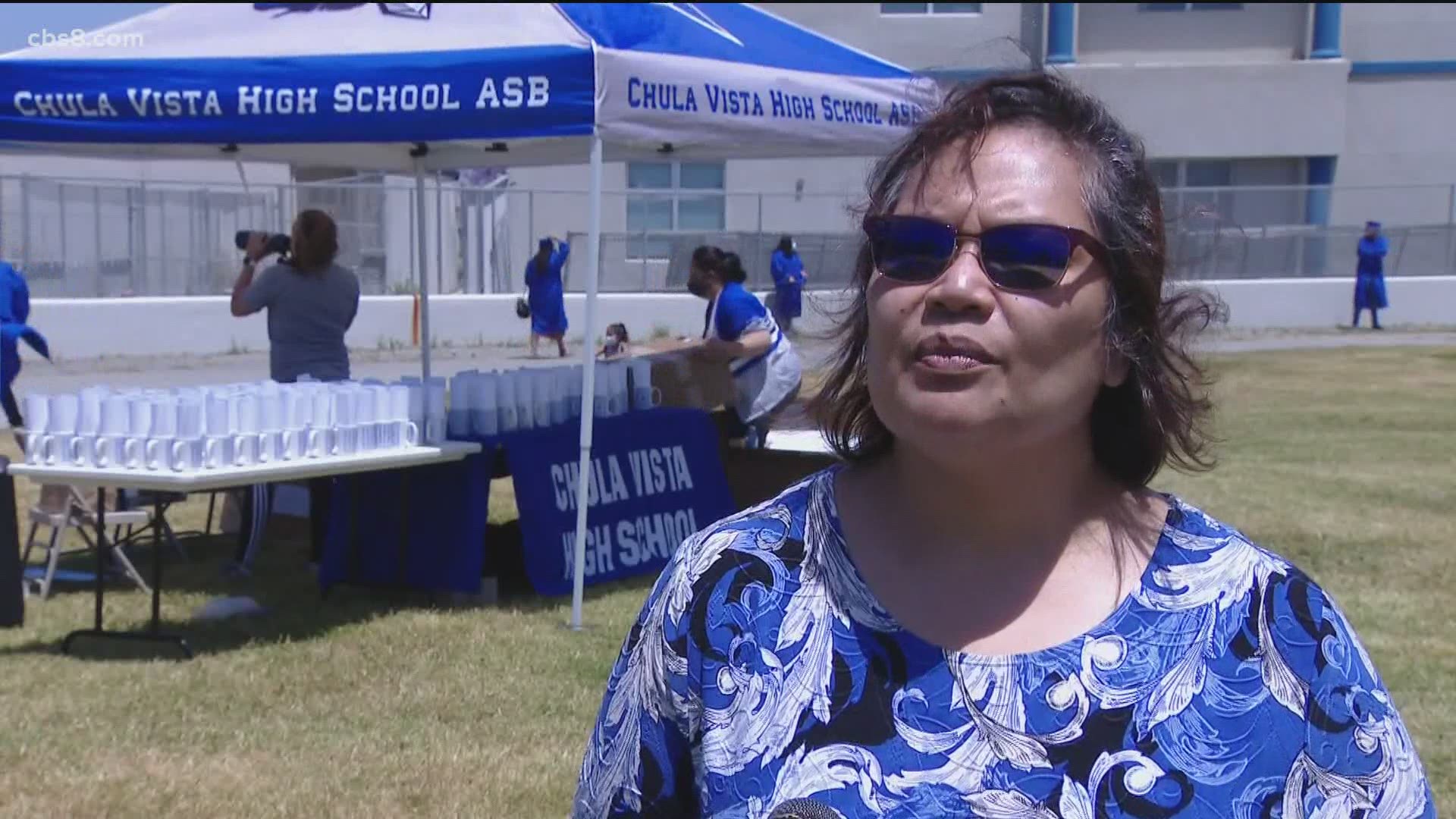 CHULA VISTA, Calif. — There is a new controversy brewing in the Sweetwater Union High School District - this one involving the removal of the principal of Chula Vista High School, MaryRose Peralta.

The district stated Peralta was removed as a routine, administrative matter, but teachers told News 8 the principal’s transfer to Chula Vista Middle School was an unfair demotion.

“Many, many of the faculty members are extremely upset,” said teacher Tom Hassey, who has taught economics and law at CVHS for 23 years.

Peralta had been principal at CVHS for the past six years.

Hassey said the district’s new Superintendent, Moises Aguirre, made the decision to remove Peralta days after his promotion last week to acting superintendent.

“The gentleman who is the new superintendent, hasn't even been on the job for a week, and here he is making changes.  And, I think that he was very arbitrary and capricious in what he did,” said Hassey.

He said the principal’s removal was all about an event on the CVHS football field last month. The names of graduating seniors were drawn on the football field and the students, one by one, were allowed to take photos on the field.

“Miss Peralta, who is a very innovative lady, and the ASB got with the kids and the kids said, ‘Can we do something Miss Peralta so that we have a memorable moment for graduation?’” Hassey recalled.

Hassey claims the senior photo op on the football field became a problem when parents at other high schools complained to the district because their kids did not have a similar event.

“He claims that he got phone calls because Chula Vista High School did something that was creative for the kids,” Hassey said.

The district said Peralta's transfer to a new job as principal of Chula Vista Middle School was not disciplinary in nature and entirely routine.

A district spokesperson emailed the following statement to News 8:

“This is an administrative move. While we can’t discuss specifics because it is a personnel matter, we can say that it is not uncommon for the district to make similar moves at the start of a new school year in the best interest of our school communities.”

News 8 reached out to the principal, MaryRose Peralta, but she did not immediately respond to our email.

The Sweetwater district was aware of the CVHS football field photography event before it happened, and even put out news releases promoting it in advance.