The lack of school bus transportation would leave 108 students walking more than a mile to school in an area parents argued is unsafe. 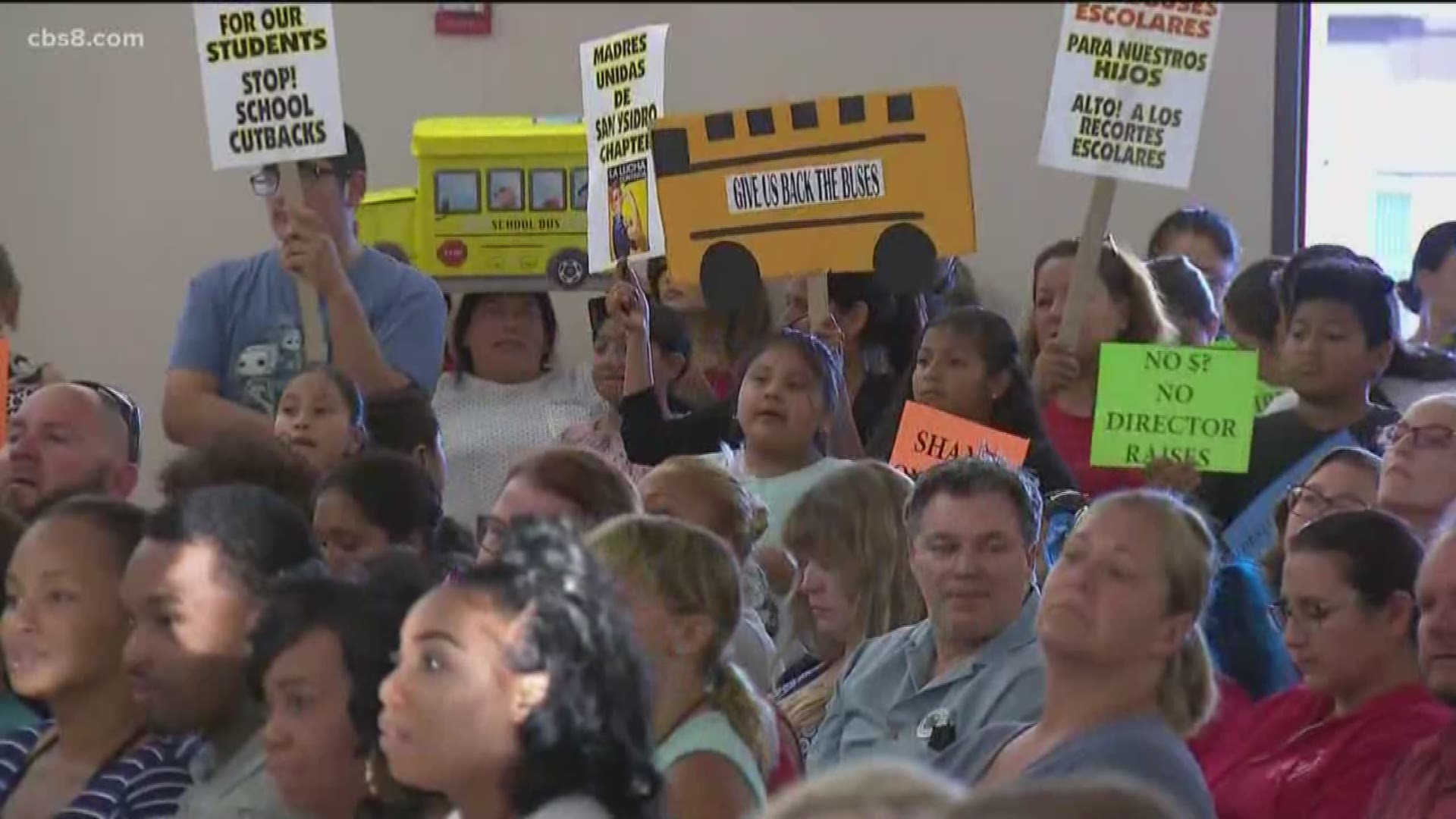 OCEANSIDE, Calif. — Oceanside parents on Tuesday evening packed a school board meeting to fight against school bus cuts after the district said it could no longer afford to provide transportation for one neighborhood.

The lack of school bus transportation would leave 108 students walking more than a mile to school in an area parents argued is unsafe.

During Tuesday’s meeting, the Oceanside School District pointed out it has not provided transportation to any of its students unless IEP or Camp Pendleton families since 2010. South Oceanside Elementary and Lincoln Middle School has bus routes because their neighborhood school closed.

Parents argued the elimination of bus routes is discrimination.

Lynn Gonzalez teaches at South Oceanside Elementary School. She told the school district their actions “would rip us apart and make our schools more segregated and less diverse.”

Facing the elimination of their own bus routes, parents from the San Ysidro High School in the Sweetwater Union High School District joined Oceanside parents on Tuesday.

Administrators said a memorandum of understanding with the city provided bus routes. Since Ditmar Elementary closed, students living in the Crown Heights neighborhood were allowed ride a bus to Lincoln and South Oceanside for a $30 to $50 fee – a payment generated monthly by the city. The Oceanside School District said “school of choice” is now available.

“You offered a fee waiver form to families on Camp Pendleton base and refused to offer the same option to needy families in your district,” said an attendee.

“It will be harder, more tough. Without a bus, we are going to suffer,” said Vanessa Ahumada, Lincoln Middle School student.

The school district said the memorandum of understanding expires at the end of the school year.

“You might say these children have other school choices like Laurel and Mission and Jefferson. Those are not their school. They attend my school. They attend Lincoln, just as their older siblings did. You are proposing to split our community apart once again,” said Lynn Gonzales, a teacher at former Ditmar South Oceanside.

A district spokesperson said they do not respond to concerns made during public comments. He did, however, say the bus cuts will save the district $114,000.

In a statement to News 8, the Oceanside School District said:

"Per the MOU with the City of Oceanside, the city is responsible for generating the monthly payment. The Oceanside Unified School District did not collect any money from individuals or families through the MOU and has never asked any member of the community to perform community service in exchange for riding the bus. The district was not able to offer a fee waiver for free and reduced bus pricing because the fee was set and collected entirely by the city. To support the transition, we have opened up school of choice for the families that may be impacted. Families can choose to attend any of our elementary or middle schools, including two elementary schools that are approximately 1.2 miles from the community and one middle school that is approximately 1.4 miles from the community. Lastly, we will be contacting each family to provide information and options available to them such as changing start and end times and providing before and after school programs.”