One private, all-girls school in San Diego is ready to reopen as soon as they are given clearance by the state and county health officials. 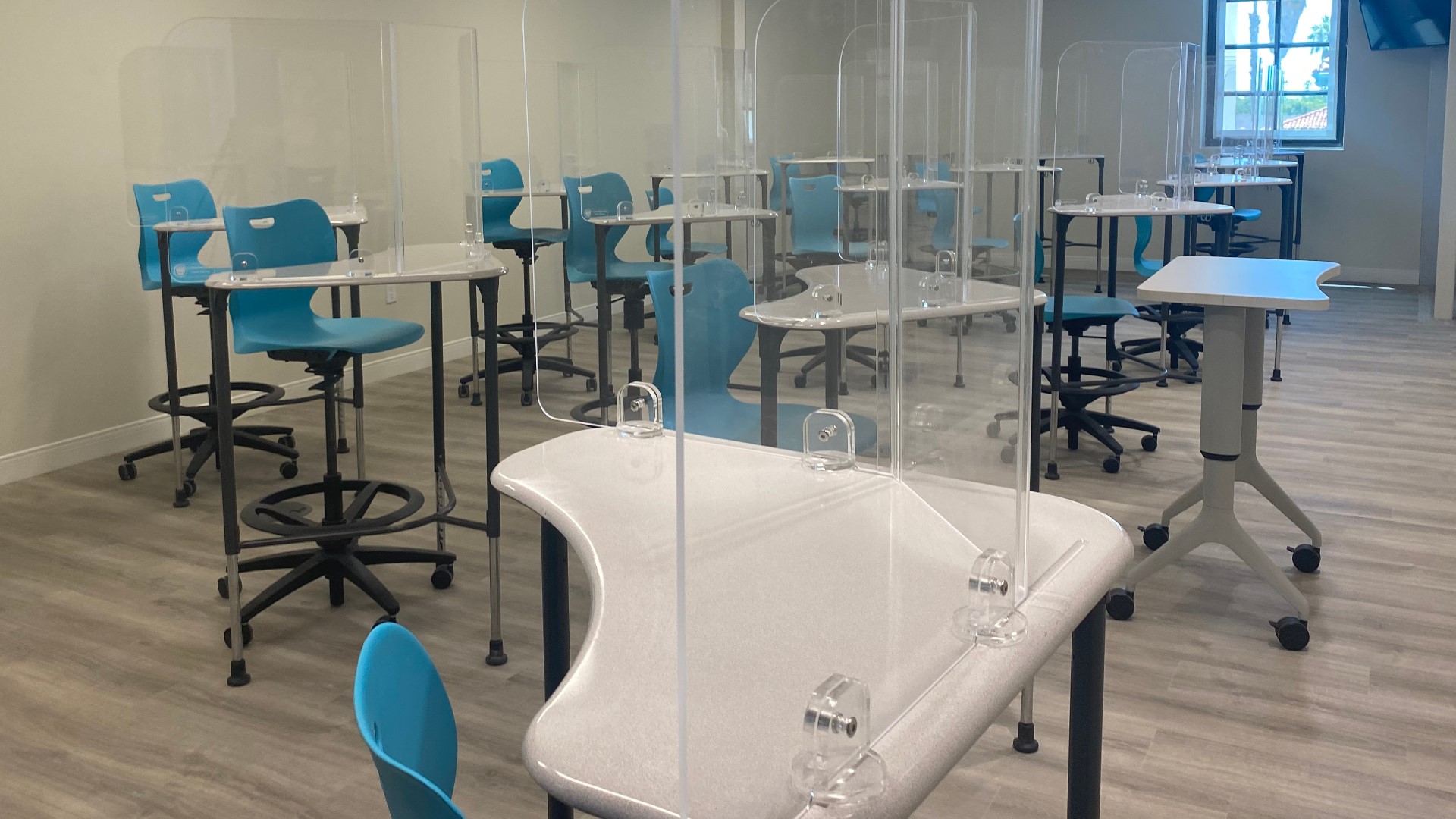 SAN DIEGO — A 138-year-old private, Catholic, all-girls high school may not be the first place people think to look for innovative, progressive education.

But if there is one thing 2020 has taught us, it is to expect the unexpected.

The Academy of Our Lady of Peace (OLP) has taken several steps already to prepare their campus to be able to open within 48 hours once they are allowed by health officials.

San Diego County is waiting to be taken off the Covid-19 watch list as of Friday, Aug. 14, but still has to have two weeks of continuous progress before allowing schools to reopen.

Dr. Lauren Lek is going into her eighth year as the Head of School for OLP and showed News 8 how the coronavirus transformed how the school will operate once the 750 students are allowed back.

OLP is preparing to start the school year Monday, with students working from home virtually, as many other San Diego County schools have already started doing. Still, they want to be ready to quickly transition, and allow students back on campus and in classrooms, once they are given the green light. That could change as early as the next two weeks.

Some of the things that are part of the safety plans at OLP:

Lek said students will still have the option to virtually learn, but so far 85% said that they want to come back to campus when it is allowed.

"It's really about creating a safe environment and its layer upon layer of safety guidelines," she said.

"I sure hope it’s as soon as possible, as we get off that watch list officially. We have the 14 days and we get the green light and we will be ready to open," Lek said.

A recent study by the American Academy of Pediatrics and the Children's Hospital Association found a 90% increase in the number of COVID-19 cases among children in the United States in the last month.

The study also noted that deaths remain rare in children, representing less than 1% of deaths.

Lek believes the school has gone above and beyond to keep it's students safe and also believes they need to get back to some sense of normalcy amid the virus restrictions.

PHOTOS: Academy of Our Lady of Peace (OLP) school prepares to reopen safely