The district last month announced the elimination of 90% of bus routes and technology cuts that have left seniors without laptops. 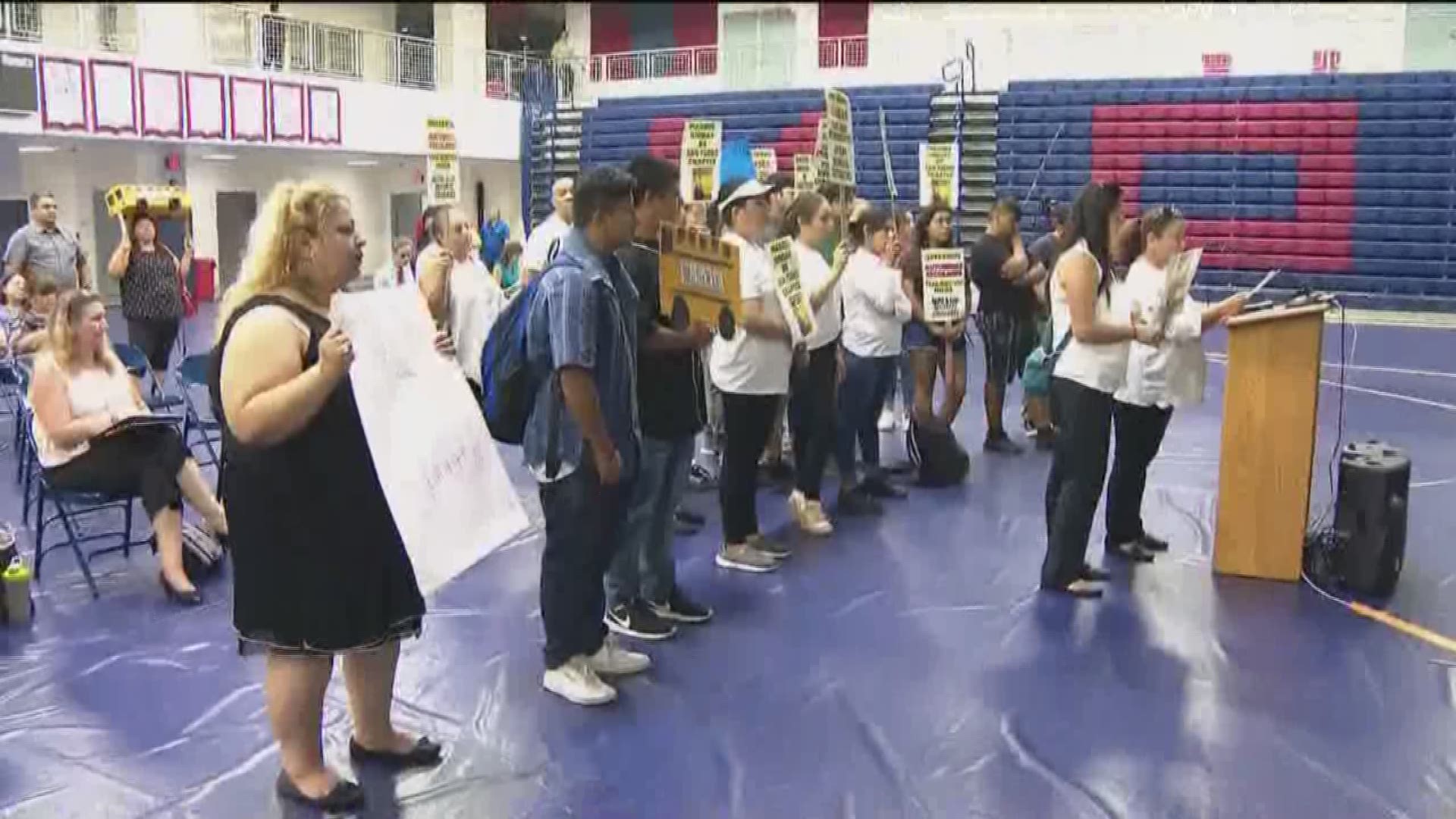 SAN DIEGO — Parents and students on Monday evening protested drastic cuts made by the Sweetwater School District in its effort to plug a $30 million budget hole.

Protesters stormed the Sweetwater Union High School District Board meeting and demanded board members take a pay cuts in order to bring back bus routes, provide laptops to seniors, and reduce the cost for Advance Placement exams.

The school district noted that transportation for general education students living within a three-and-a-half miles of a school is not required, but in some cases, students report having to walk for miles - taking up to two hours to get school.

RELATED: County Board of Education to vote on $12 million loan for Sweetwater Union High School District

The school district said it had to cut millions of dollars in order to balance the budget - including cutting 20 of its 22 bus routes from its fleet to San Ysidro High School which, according to the district, saves $500,000.

On Monday, the school board did not reinstate bus routes, but it will notify families with students living outside the three-and-a-half miles if they will be receiving one of the 110 bus passes.