Poway Unified elementary schools have a return plan as parents of middle and high schoolers were still waiting to move beyond virtual learning as of Thursday. 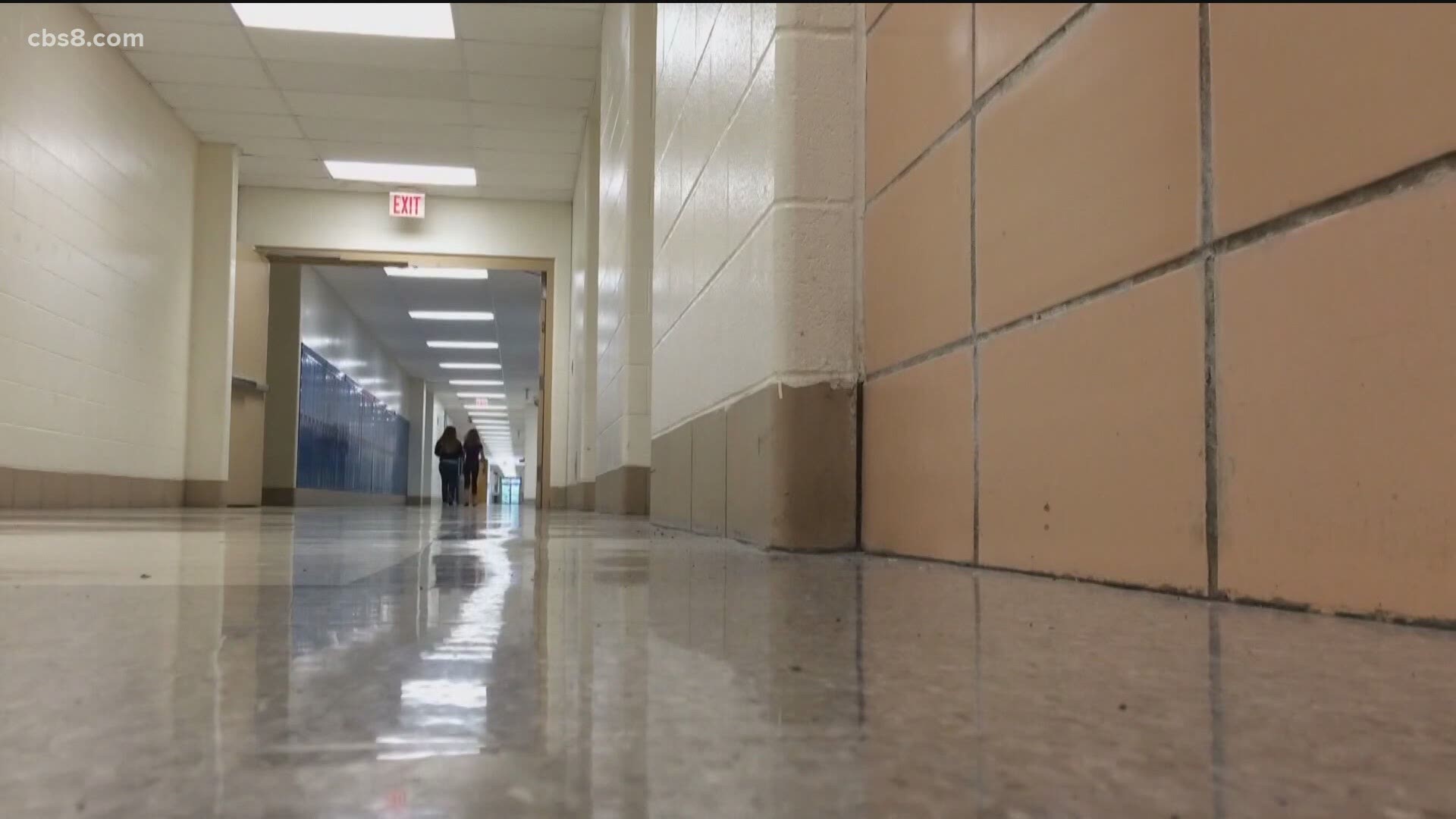 POWAY, Calif. — Families in the third-largest school district in the county are still waiting to hear when their middle and high schools will reopen. Poway Unified Board of Education met Thursday to solidify a phased-in plan to allow those students back on their campuses.

The planning came as some schools in the region are fighting COVID-19 outbreaks and parents have expressed concerns.

As of Thursday, the only schools that have a return plan are elementary schools. The parents of middle and high schoolers were still waiting to move beyond virtual learning.

The schedule is aimed at reducing the number of kids on campus at any one time and virtual learning continues to be an option.

Parent Scott Halgrim said he chose to stick to virtual learning for his kids.

"It's been six months and every time something opens up cases start," he said.

During the meeting Thursday, Poway Unified sought to calm nervous parents saying there have been no problems since campuses reopened at the end of June to preschool and ESS students and staff.

No decisions were made during the meeting so middle and high school students will remain on distance learning schedules for the time being. Groups of students can, however, return for organized activities and athletics.

Some parents called into the meeting to say distance learning is hurting their children while others felt kids were being rushed back.

In a recent survey, 60% of parents in Poway Unified said they supported kids going back to in-person instruction.

The California Department of Health says any district that reopens would be required to switch back to distance learning if 25% of schools in the district are closed or quarantined within a 14-day period.

Poway Unified officials said they will communicate all protocols through principals and will post relevant information on each school's website.

Preschool classes returned for in-person instruction 9/2. We stopped by HRES & @ABESAZTECS to give a peek into the health/safety guidelines implemented for students & staff, both in & out of the classroom.