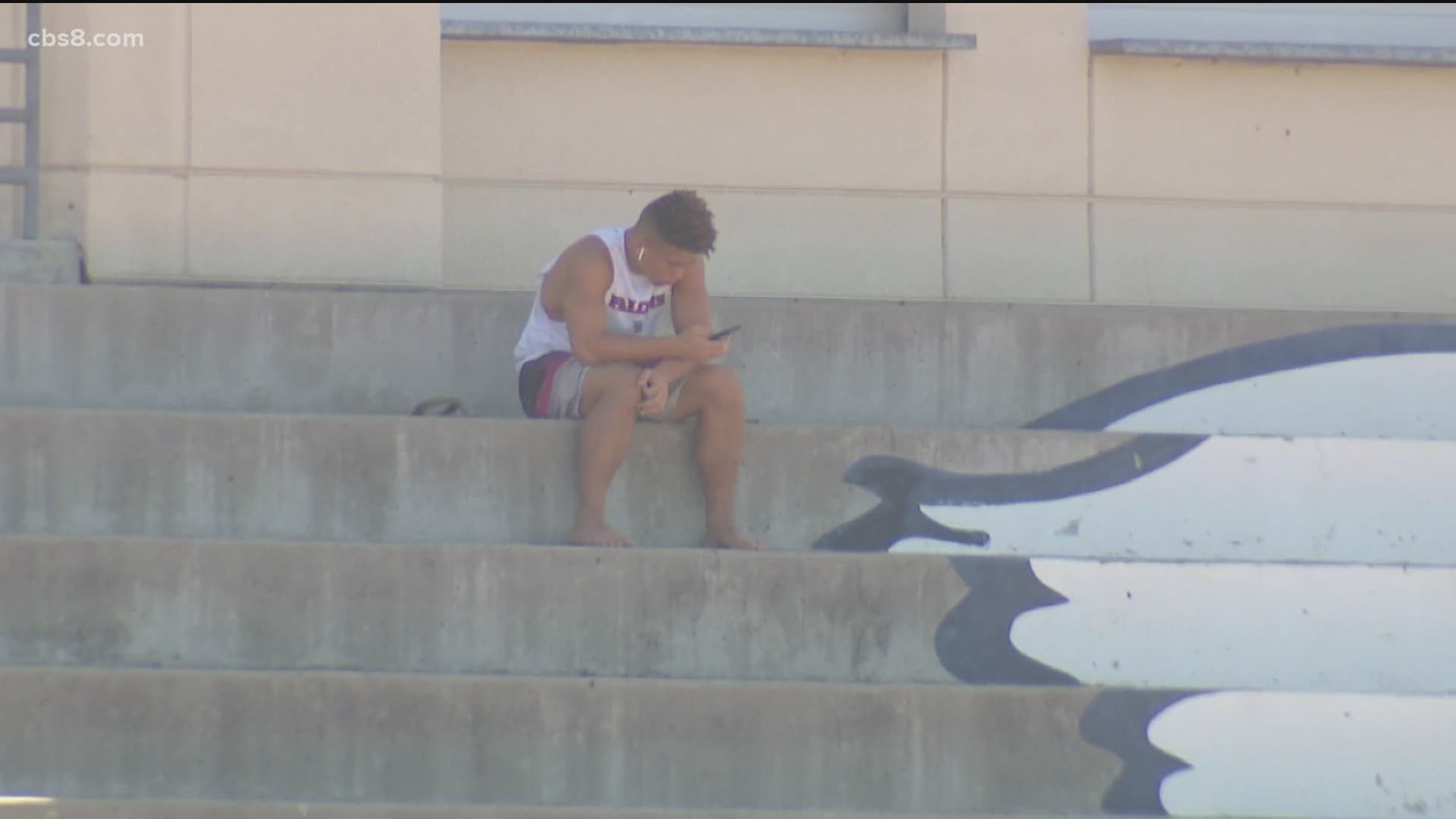 SAN DIEGO — Online learning also means fall and winter sports could be canceled or postponed. The state agency overseeing high school sports is expected to give guidance in a week.

Meanwhile, there’s a local effort to fight to bring high school sports back in schools once they reopen for in-person learning called “Let Families Decide.”

“There are just about 820,000 other student athletes in the state of California that we have to fight to make sure that they get that critical piece of high school back when the school reopens,” said Marlon Gardinera, Scripps Ranch High School Varsity Football coach and father.

He is leading the campaign and said when word hit that San Diego Unified would start the fall school year online, Gardinera says it didn’t change their efforts.

“It doesn’t change anything for us, the idea is simple it was always based on schools reopening,” said Gardinera.

The parent-led campaign is encouraging parents to sign a letter and send it to officials and shift responsibility and the assumption of risk to parents who say they know what’s best for their child’s physical and mental health.

On Monday San Diego Unified and Los Angeles Unified announced it would start the fall school year online and it’s expected that many school districts will follow.

“I was really looking forward to football this year not just because the athletic part of it also because it helps me become a better student,” said Jack Theilacker, Scripps Ranch High School Junior, Defensive End.

San Diego Unified and county health officials said they are waiting on guidance from the state on sports in schools.

On Monday, July 20, the California Interscholastic or CIF is expected to announce plans for fall and winter sports. Parents say it’s more than just the Friday Night Lights.

“We will take all the guidance right we just want to get our kids back on the fields to play,” said Jeff Theilacker, father and Pop Warner Football coach.

Stuents said there is more to sports than the game, being an athlete makes them a better student, it teaches invaluable lessons such as discipline, teamwork and adversity and they’ve trained for this their entire life.

“It’s hard to really get that mindset because there is no certainty of me being able to play football,” said Jack Theilacker.

"Let Families Decide" is a campaign for athletes in any district, not just San Diego Unified. To learn more click here.

RELATED: Orange County school board votes to return To classes this fall

Abbie Alford
Scripps Ranch High School Senior Running Back Nicholas Gardinera is seen with his head downn inside the Falcons stadium after hearing school would start online. His father and coach says it's...