The group 'Reopen SDUSD' organized rallies outside several schools Thursday, pushing for a return to the classroom. 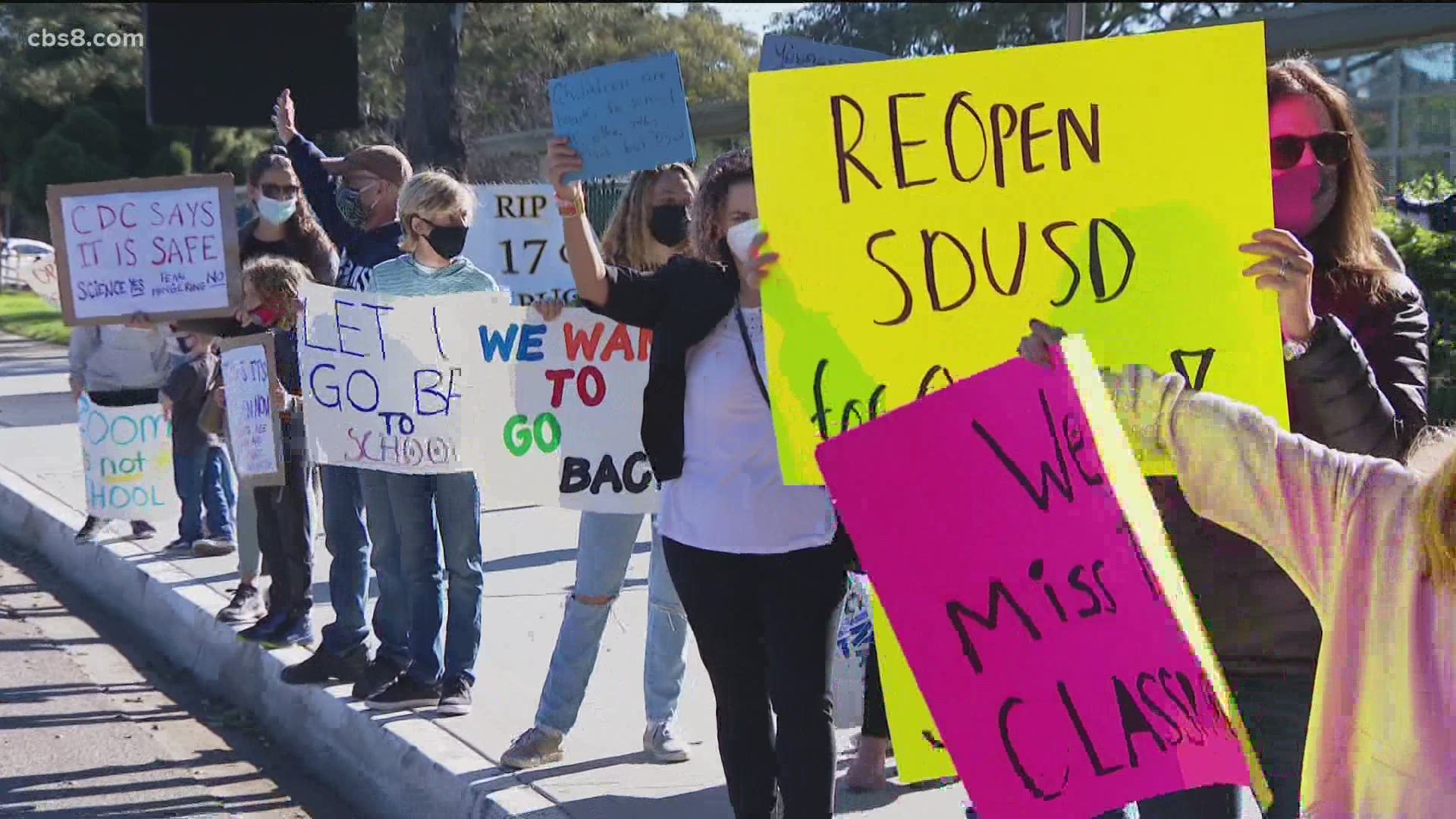 Right now, the district is in phase one, offering appointment-based classes to the neediest students.

Those who attended the rallies held signs with the same plea they’ve been sharing for months, a return to the classroom.

Parent Christin Bawa shares a similar sentiment. "We have to find a way to open up, we've been at this a year," she said.

Bawa has two kids in the district.

She's also a healthcare worker who says opening up safely is doable with the right precautions in place. Among them is insuring teachers can move up the vaccination list.

“You know, the county said in 2-3 weeks teachers will be able to get vaccinated in mass and we need to hold them to that," Bawa said.

Other parents like Edward Ewing say vaccination or not, the time to reopen schools is now, saying the toll these closures have had on his child and others is heartbreaking.

"You have a generation of children being scarred by this experience," Ewing said.

The group 'Reopen SDUSD' organized the several rallies, including ones at both Mission Bay High School and Sunset View Elementary, where teachers were also voicing their concerns.

San Diego Unified is currently in phase one, with appointment based classes.

Beyond that, there's no set reopening date, though the board and its teachers did agree on a framework to reopen schools if case rates continue to decline and teachers have access to a vaccine.

Board president Richard Barrera said he's hopeful some students could return in a hybrid model as early as this spring, with a full time option available by the fall.

“I think they're putting not only the teachers health and safety first, but they're making as a parent trust when we go back it's gonna be safe," Kratt said.

Others say it's taking too long.

“We can follow the CDC guidelines. We've seen so many other schools and districts around the area, around the country around the world opening their schools safely," Parent Stacie Bernard said. "No it's not gonna be 100 percent safe, but nothing ever is."

Similar rallies are in the works for next month to mark the one year anniversary of schools being closed.