The goal is to expand and strengthen training programs so that more opportunities are available for black apprentices. 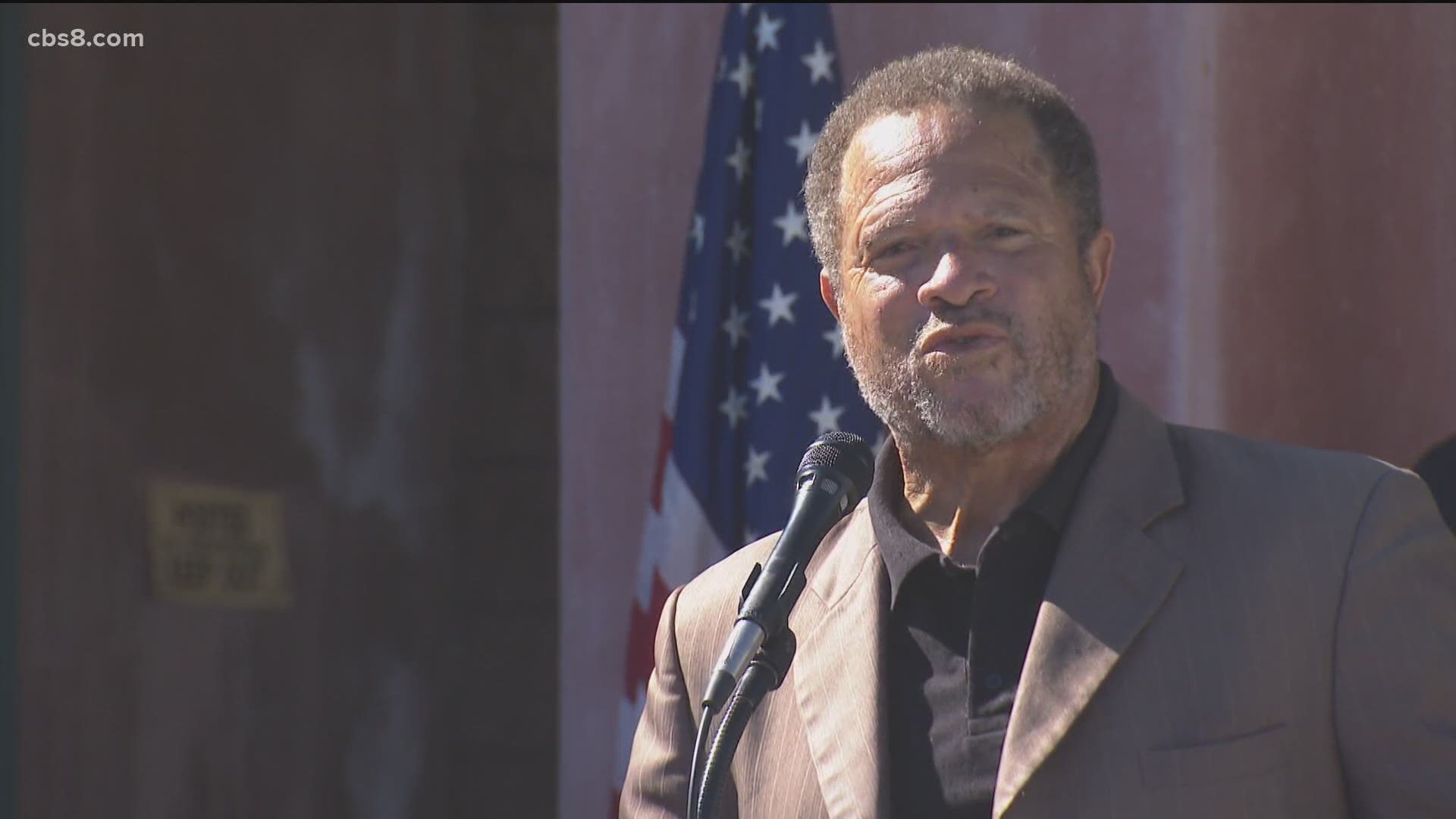 “We’ve always fought the same fight and that’s about equality, so today we’re memorializing that fight with a historic memorandum of agreement – an agreement that’s going to leverage opportunities for historically underrepresented contractors in our city for disenfranchised workers that are being locked out by different elements in the industry,” said Abdur-Rahim Hameed, President of the San Diego Chapter of the National Black Contractors Association.

The NBCA/AGC pact will promote the activities and programs of the two associations, both of whom are equally heavily invested in workforce development in the San Diego community through state and federally-approved apprenticeship programs.

The agreement is designed to expand and strengthen training programs through cooperation and sharing of resources.

One by one, leaders of the organizations signed the agreement that would open the doors to opportunities for underrepresented contractors, who have been locked out or limited in getting ahead the construction industry.

Hameed said the pact has been in the works for many years, and is not just in response to recent George Floyd protests for justice.

"It is refreshing, and it is encouraging to see this taking place, to see an action happening today that is going to help build bridges of opportunity for people in this community," said local business owner Lisa Grossman, who emceed the event.

Bill Haithcock, who is on the Board of Directors for San Diego's Associated General Contractors, said there's much room for improvement in hiring practices.

"We have not done enough for the industry as a whole. This partnership is a  big deal for the construction industry and the entire San Diego community. When contractors combine efforts, we can literally move mountains and break down walls," said Haithcock of Casper Company.

The new agreement will work as the two associations will share resources to enhance both programs.

“Sharing advanced curriculum refinement, teaching and learning best practices expansion of community outreach to get a trained workforce that is locally hired, locally trained and is representative of the entire San Diego community," said Jess Hames of the inner-city unilateral apprenticeship committee.

San Diego City Councilmembers said the agreement was a big step for building the local economy.

Barbara Bry of  Dist. 1 said the pact includes access to good paying jobs for those who have been historically underrepresented.

Turning the corner for inclusion, the group's unilateral apprenticeship program has been a game changer for Mark Forte, owner of New Creation Plastering for 12 years, who also serves as the Apprenticeship President for the Black Contractors Association.

“The program is more than just people. It's about earning a trade. It gives them the skills of life. I hear people saying we are the greatest city. Well for us to really be what we are supposed to be, we have to work collectively," Forte said.

The agreement is to last until June 8, 2025 unless either party decides to modify or end it.