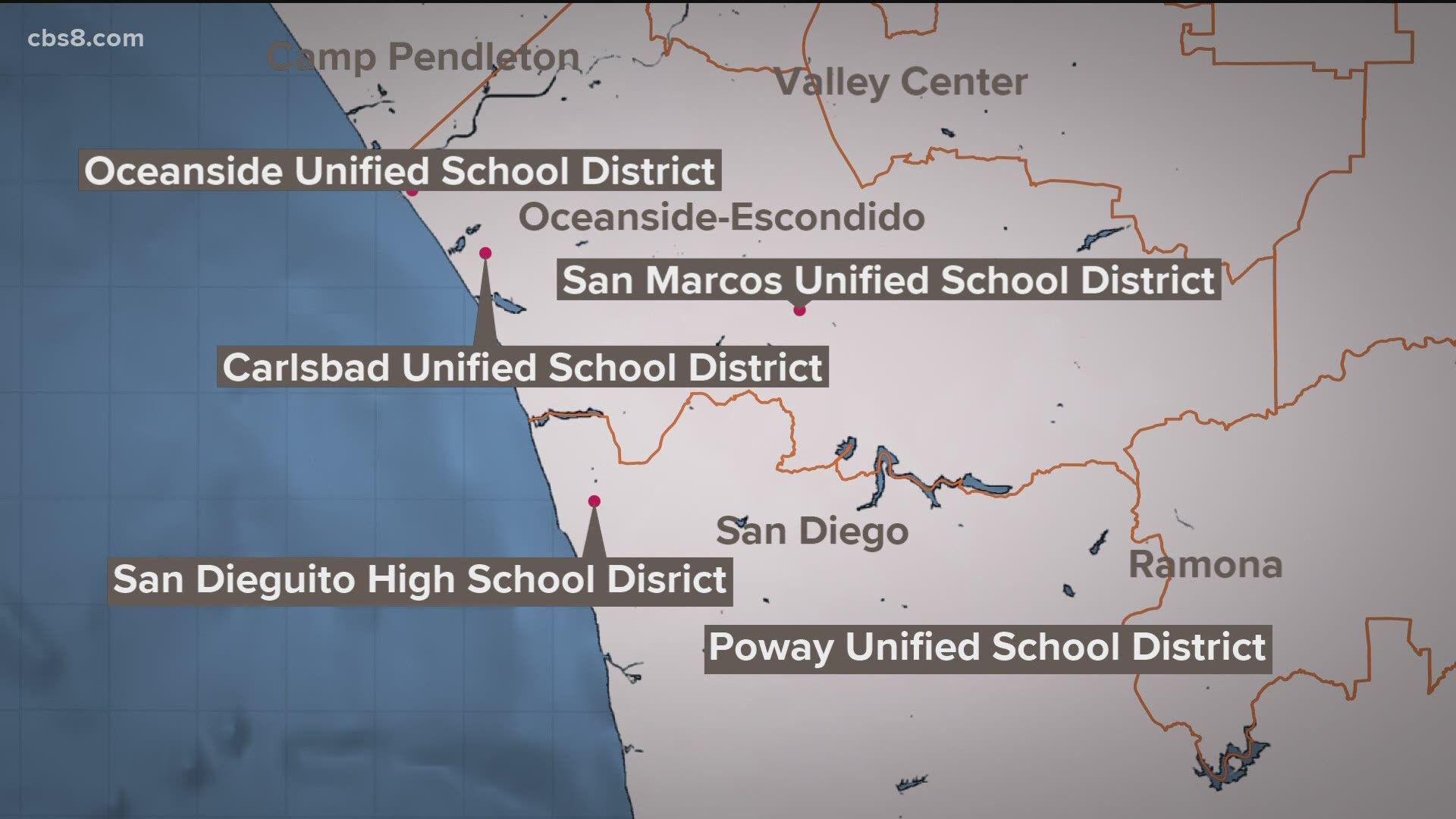 SAN DIEGO — A San Diego County Superior Court was initially scheduled to hear arguments in the lawsuit filed against the governor to overturn the state school reopening rules in Vista on Wednesday.

During the virtual hearing, the judge did not make a decision and granted a continuance to give the state time to review the latest cause of action from the plaintiffs. There will be a continued hearing on Monday at 9 a.m. on the matter.

The Parent Association of North County is suing to reopen middle and high schools after the state denied waivers from the three local districts.

Other groups have stood up to the governor and health officials and won so parents in this lawsuit hope a judge will rule in their favor and allow for all schools to fully reopen. Some elementary schools are on a hybrid schedule or fully reopened but middle and high schools are on distance learning.

“If you can open a strip club and if you can let kids play sports, then you can certainly let kids go back to school, said Scott Davison, a Carlsbad father.

“There are plenty of ways that schools could be opened safely without needing new rules,” said Davison.

In the lawsuit, parents describe how distance learning has turned some children who excelled into failing students pushing them to depression and anxiety, eating disorders and even suicidal thoughts and other mental health concerns.

A Carlsbad mother not connected to the case believes this lawsuit is the only hope to get her high school students back to campus.

“We're seeing as parents that our kids are suffering,” said Sharon McKeeman.

Under state guidelines, middle and high schools can reopen in the red tier under a hybrid schedule but San Diego County remains in the purple tier.

Despite the county supporting Poway, San Dieguito and Carlsbad’s application for a waiver to re-open, the state denied it on Sunday.

“The longer things are delayed, the more arbitrary the state's rules have become,” said McKeeman.

A spokesperson for the California Health and Human Services e-mailed News 8 statement, “…the motion was filed only earlier today, so we are not able to comment at this time,” said Rodger Butler, CHHS.

“We need a judge to tell the state to stop interfering and let these schools open,” said Davison.

Other parents such as the Californians for Safe Schools support the governor’s phased-in approach.

Parents who do not want to send their kids back to campus will have an option to keep their kids home.

Here is the California Health and Human Services e-mail statement:

California is committed to the safe reopening of schools, as reflected in new reopening dates announced every day. But the shortest path isn’t always the fastest one—we must ensure that the proper safety measures are in place based on current understanding of transmission risks, so that schools can both reopen and stay open. These school district applications were approved with conditions. The conditions are a phased re-opening focused on bringing back small groups of students consistent with state guidance. Until schools are able to safely reopen fully, they’re strongly encouraged to bring back groups of up to 15 students to meet the mental health and academic needs of students most impacted by the pandemic.

By focusing on a safe, phased approach of bringing back small groups of students, the districts will be better prepared for a successful reopening once the county is in the red tier.

With regards to the lawsuit, the motion was filed only earlier today, so we are not able to comment at this time.

RELATED: Governor Newsom signs $6.6B school reopening bill to get kids back in classrooms