San Diego schools have now been closed for an entire year

"This is a bigger challenge than anything I thought I'd ever experience in my lifetime," said Tony Thurmond, California's Superinendent of Schools. 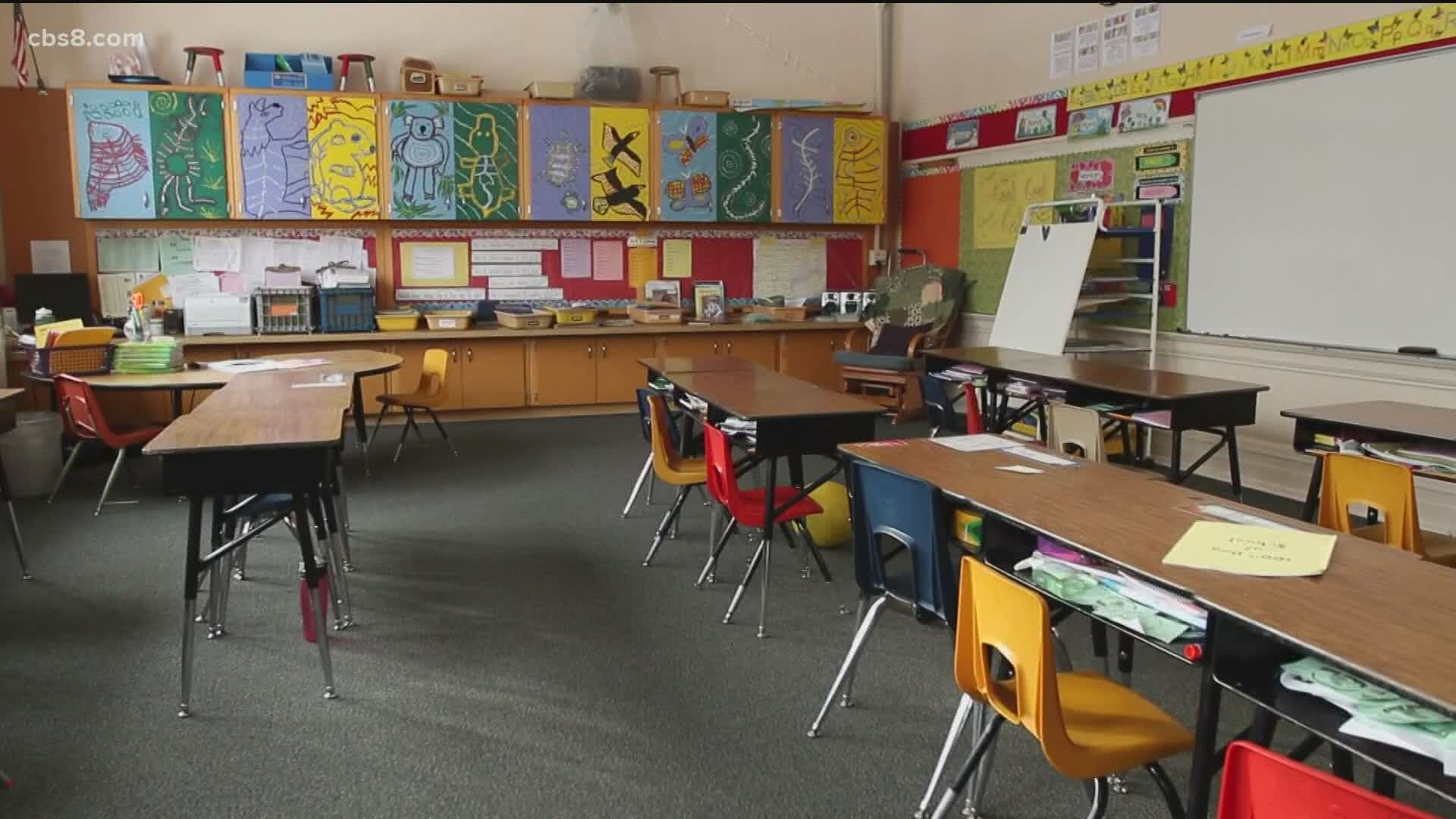 SAN DIEGO COUNTY, Calif. — This week marks one year since the majority of schools in San Diego County shut down due to the pandemic.

The past 365 days have been a challenging time for students, parents, administrators and teachers.

When schools first shut down, many people thought it would only be for a few weeks.

"This is a bigger challenge than anything I thought I'd ever experience in my lifetime," California’s Superintendent of Schools Tony Thurmond said, at the time.

That was followed by a state of emergency declaration in California on March 4, 2020.

RELATED: A timeline of California in the coronavirus pandemic

While most schools had closed by then, it wasn't until April 1, 2020, when Newsom announced all schools should anticipate having to shut down for the remainder of the academic year.

"We should not be prepared to bring our kids back into the school setting," Newsom said.

From there, distance learning ramped up, causing a wave of frustration amongst teachers, students and parents.

Another parent told News 8, "multiple times my kids have been upset… depressed."

School district officials admitted the system wasn't perfect, saying they didn't have much time to figure it out.

"We're all just trying to figure it out and I think the thing we need to remember is we're all trying," said Poway Unified Superintendent Marian Kim-Phelps.

With summer break came plans to improve virtual learning for the fall.

Though some districts, like Poway Unified and Cajon Valley Union announced they'd be offering in-person instruction to those who preferred it.

"As a therapist, I know it is really important for their emotional and social well-being to be with each other," Cajon Valley Union board member Karen Clark-Mejia said.

But, in July, those plans temporarily came to a halt.

As coronavirus cases increased, Gov. Newsom ordered schools in counties on the state's watchlist cannot reopen until that county has been off the list for 14 consecutive days.

"We all prefer in-class instruction for all the obvious reasons, social and emotional, but only if it can be done safely," Newsom said.

In August 2020, San Diego County's numbers improved, taking us off that list.

While some districts chose to welcome kids back onto campuses, the county's largest, San Diego Unified, continued with virtual learning, sparking both protests and support.

"We're countering the opinion of those parents who are saying open these schools yesterday," parent Lisa Delano-Wood said.

San Diego Unified has since announced a target reopening date of April 12.

The Sweetwater Union High School District has plans to allow for limited in-person learning beginning that day as well.

La Mesa-Spring Valley will follow with its own hybrid model April 19.

That's just a small example of what some districts are doing. There are 42 in San Diego County.

The state has set aside $2 billion in extra funding as an incentive for schools that reopen starting April 1.

Schools that open after that date will still get funding, just not at much. 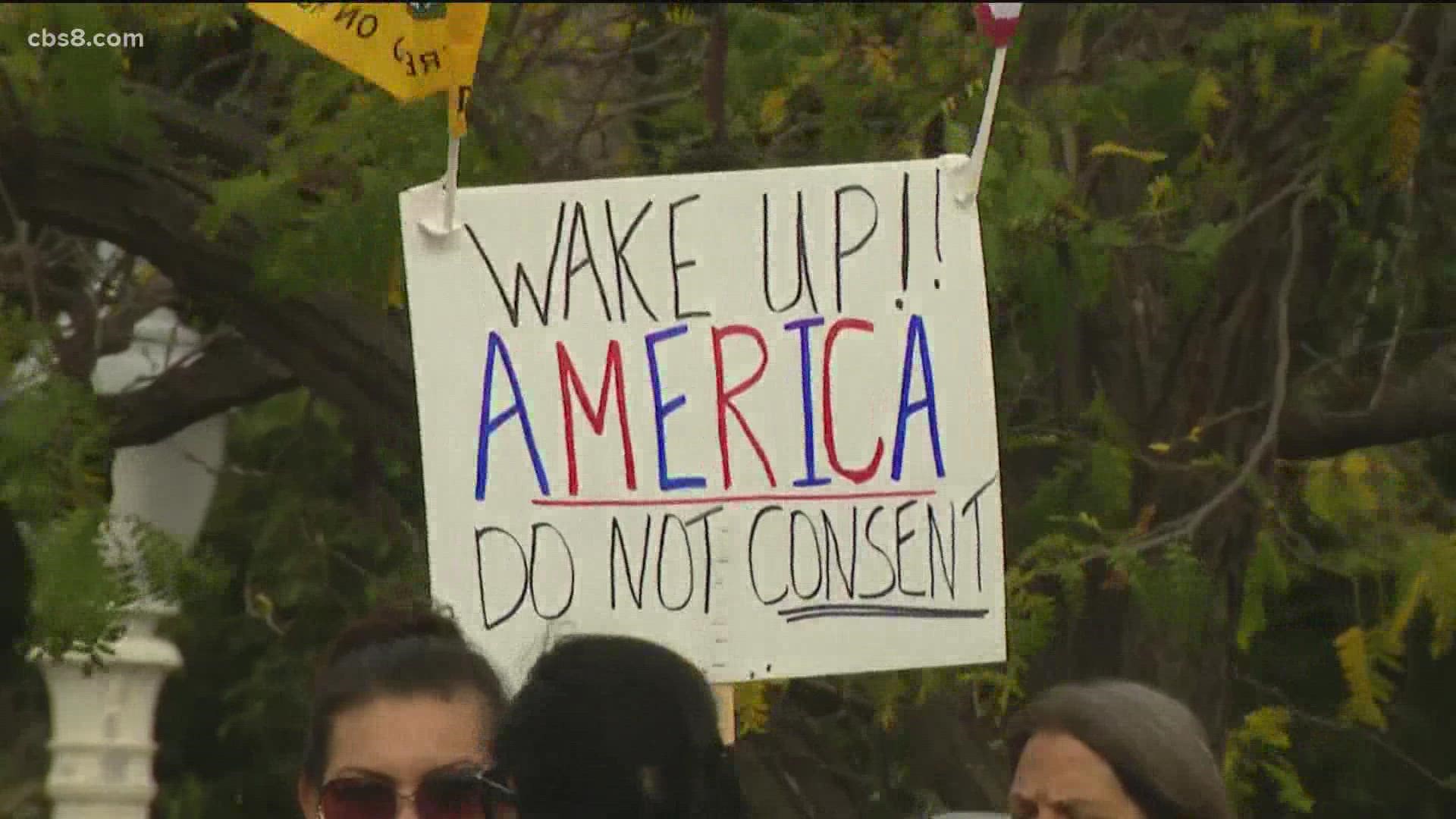