Students watched via a computer or phone, where they were able to ask questions and chime in. 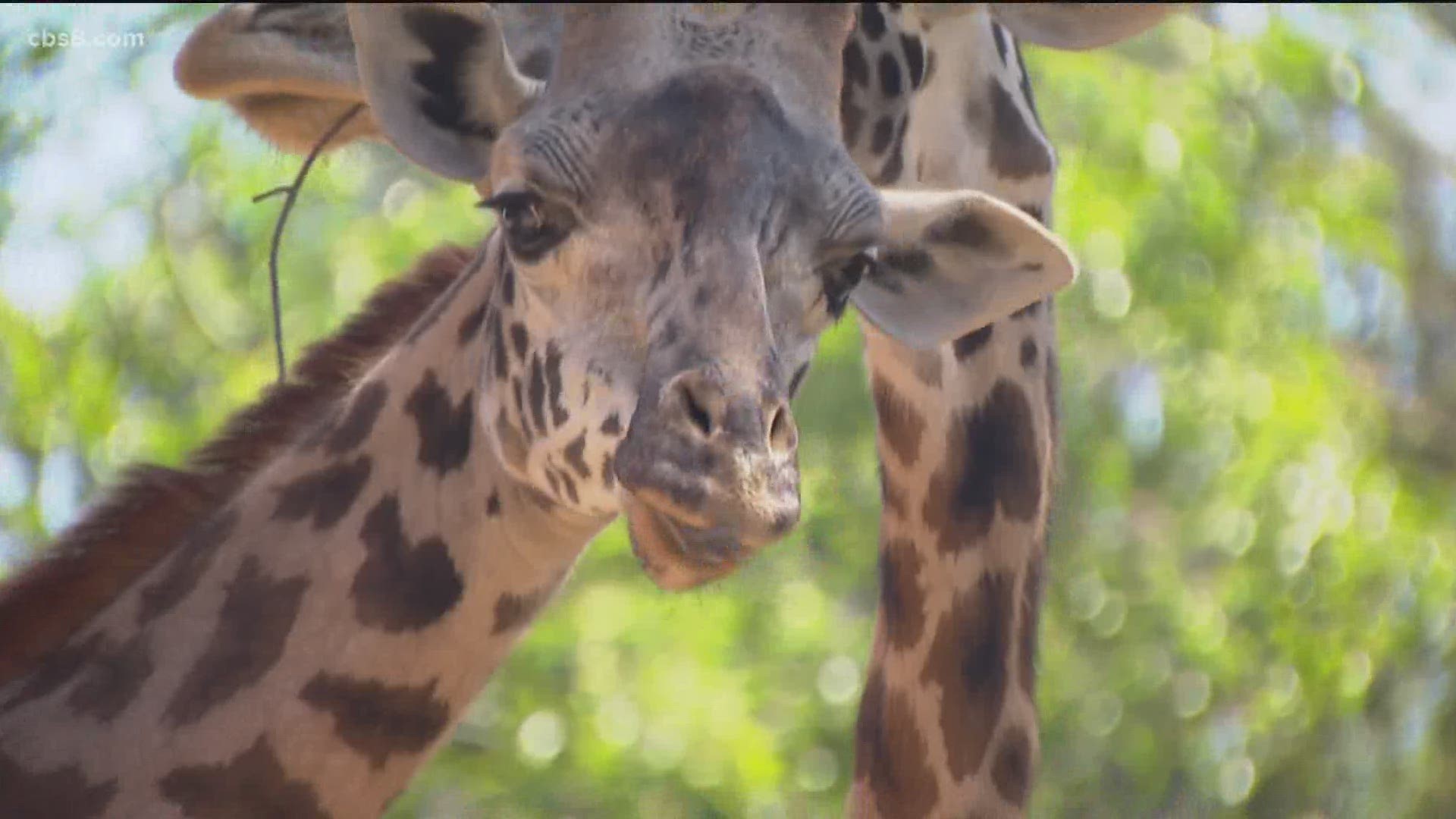 SAN DIEGO — The world famous San Diego Zoo may be closed to the public, but that has not stopped many from going inside - virtually. For the past two months, students all over San Diego have been doing virtual learning thanks to the partnership between San Diego Zoo Global and San Diego Unified and STEAM (Science, Technology, Engineering, Art, and Math).

On Thursday, wildlife educator Maya O'Connor and her co-workers took about 300 high school students from all over San Diego on a tour of the elephant exhibit, followed by a stop at the giraffes encounter.

Students watched via a computer or phone, where they were able to ask questions and chime in.

"We love being here on site and coming to the zoo and seeing all the animals but this is a way we can still interact with everyone at home," said O’Connor.

The program is called Biodiversity and You.

Normally, students do that in person, but due to pandemic regulations, they had to get creative.

"It gives you a more intimate feel to see how the elephants react with the experts there," he said.

Prior to this so-called field-trip, participating students watched modules provided by the zoo's My Academy website about elephants and giraffes to get them prepared.

They also received school credit. Moving forward, those involved said they hope to continue creating experiences like this, making them even more accessible to kids near and far.

"They get to see some really neat stuff," said O’Connor.

RELATED: San Diego County beaches to reopen for passive use on Tuesday