This initiative would call on big corporations to pay more in property taxes. In turn, local schools would get more funding. 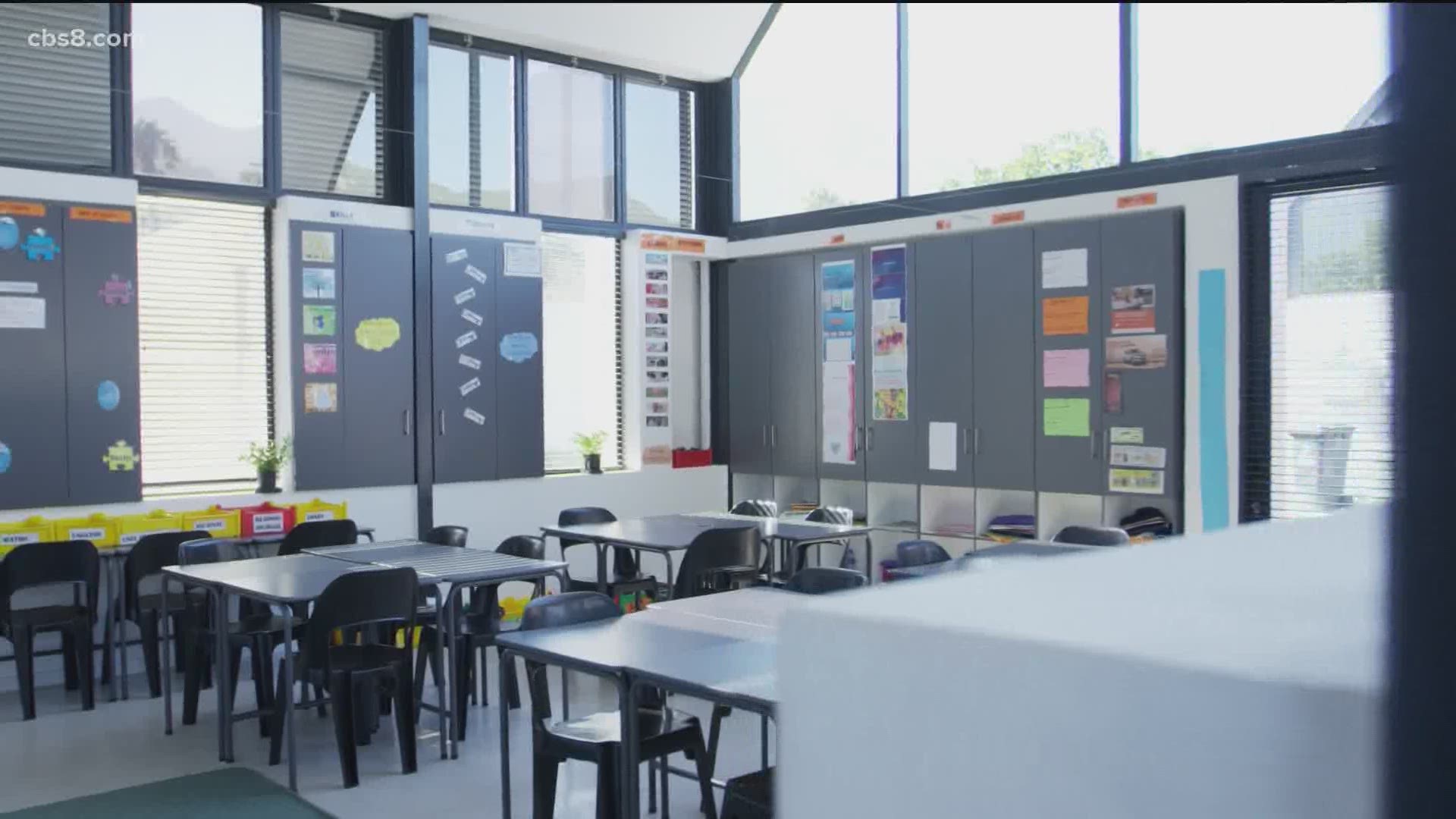 SAN DIEGO — A group of San Diego education and county leaders are pushing an initiative that would pump millions of dollars into San Diego schools and services, by closing what some are calling a "corporate tax loophole."

The Schools and Communities First initiative has qualified for the November ballot. This initiative would call on big corporations to pay more in property taxes. In turn, local schools would get more funding.

Local supporters said that funding is crucial especially now, given the fact they're facing more costs due to COVID-19.

Maria Nieto Senour, Board Trustee of the San Diego County Community College District said, "We desperately need it because our students can use as much support as we can give them."

The statewide ballot measure would raise an estimated $12 billion by amending the tax rates for commercial and industrial properties, which were set in 1978 by Proposition 13.

Essentially, big corporations would pay more in property taxes based on the market rate assessment, not the original assessment when the property was purchased.

One education official said, "So we're talking billions of dollars corporations have avoided paying over the years."

Backers said homeowners and small business owners are protected under this initiative, and that San Diego County would see about $700 million a year from it.

Given COVID-19 related costs and a potential reduction in funding, education leaders said they can use all the help they can get.

Richard Barrera, Board Vice President of the San Diego Unified School District said, "For our school district alone, San Diego Unified, it would generate over $60 million a year. That is the money that would allow us permanently to have the nurses, the counselors, the small class size, the cleaning and hygiene that we need in our schools."

In addition to this initiative, officials are also looking at more immediate funding solutions.

Last month, the state's Education Coalition released a list of suggested revenue sources, including not reducing a school's funding if enrollment is down.

On Tuesday, the California Teachers Association called on Governor Newsom to "consider revenue sources now rather than kicking the can down the road."

In regard to this initiative, opponents argue raising business and corporate property taxes will impose higher costs, ultimately hurting consumers and the economy.

Supporters, however, maintain everyone needs to pay their fair share.

A recent study revealed if this initiative passes, Los Angeles County would see the biggest chunk of revenue, followed by Santa Clara and Orange Counties.

RELATED: What will San Diego County schools be like when they reopen?