The State Superintendent of Public Instruction, Tony Thurmond was at Enrique Camarena Elementary School to talk with school leaders. 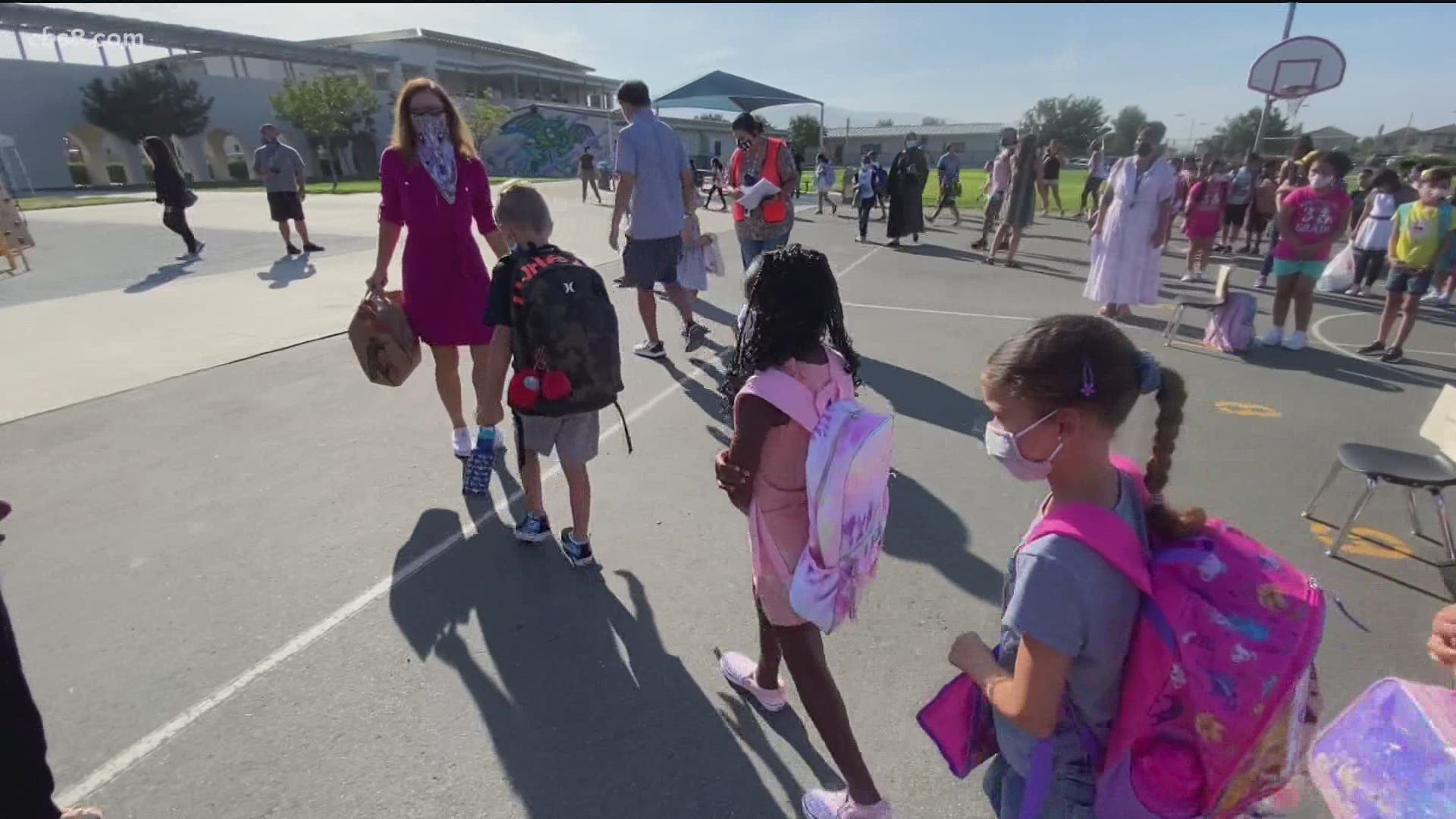 CHULA VISTA, Calif. — South Bay schools reopened Wednesday including Enrique S. Camarena Elementary School in the Chula Vista Elementary School District. It was among the first schools in the state to reopen at 100% capacity for in-person instruction since the pandemic shut everything down.

First through third-grade students gathered on the blacktop at 8:15 am. For many of the first graders that arrived, it was literally their first, first day of school as kindergarten was virtual for most last year.

He also addressed the media, where he was asked about the mask mandate put in place by the California Department of Public Health, which requires children over the age of two wear a mask while inside a classroom.

The same rule applies for older kids, whether they’re vaccinated or not.

Thurmond said it’s up to each district to enforce the order, adding his office will not punish those districts who choose not to, despite it being required.

“The State of California is not going to take any kind of punitive action against our schools but the California Department of Public Health has spoken and that is an order that is expected to be followed in schools," he said.

In addition to mask-wearing, Chula Vista Elementary School District officials have several safety measures in place, including HEPA filters in each classroom.

The district was allocated $100 million to prepare for kids returning to school.

The ones who didn’t are attending what’s known as virtual academy which allows those students to stay home for now.

The district says they're confident parents will be screen their children each day before bringing them in. Students and staff will, however, need to wear masks inside the classroom that they can remove once they're outside.

WATCH: News 8 sits down with the Superintendent of Sweetwater Union High School District