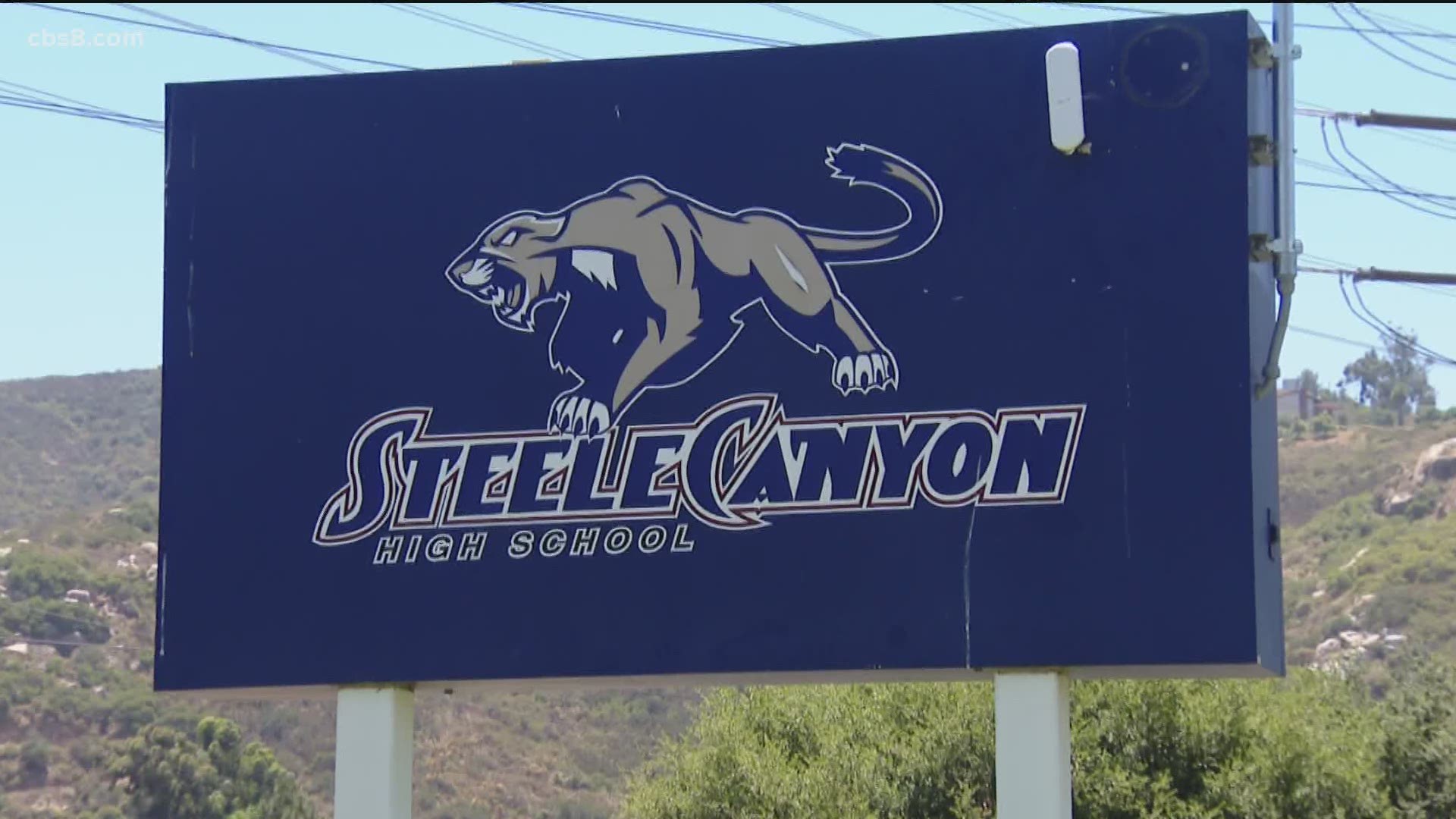 SPRING VALLEY, Calif. — Current and former students at Steele Canyon High School are taking to social media to share their experiences with racism and inappropriate behavior on campus. The Instagram page is called @steelehealing and it quickly caught the attention of the school's administration.

The page already has hundreds of followers and dozens of troubling posts, including one from a black student who says he was handed a note in math class saying, “KKK meeting @ the baseball field.”

Additionally, an Afghan student was asked at school, “Aren't you the people that are bombing us?” And another added, “countless times I've been called a terrorist.”

“I do want to acknowledge that I've read through all the posts,” said Scott Parr, who just finished his first year as Steele Canyon's principal.

He said he felt a profound sense of sadness reading the page, telling News 8 he knew there were some issues on campus, but didn't realize the extent of the problem.

“Our goal and our ideal is to provide a positive experience for each student, including our students of color and to that extent, in a large part, this has identified that we failed in that aspect on many occasions," said Parr.

“I am proud that students are using their voice and they're doing so respectfully,” Greenberg Young said, adding that she expects to see this more and more – students taking to social media to encourage change.

“[It's] finding ways to share that bigotry, bias and racism or prejudice against any group right now is not acceptable and is not going to be swept under the rug," Greenberg Young said. "I think is them really showing some leadership."

Greenberg Young said now it's important for administrators to address the issue, not in a bubble, but as an entire school. Parr seems to be on that same page. Even before this surfaced, he was discussing long-term training for the staff centered around equity, culturally relevant teaching and cultural proficiency. The page made him realize this must happen sooner rather than later.

“I want to thank the students and community for having the courage to speak up and share those experiences publicly and know that it's unacceptable for us and we'll do better," said Parr.

RELATED: Why child pornography complaints have soared in San Diego County during the pandemic