Father Joe has served San Diegans in need as CEO of St. Vincent de Paul Village and adds the award to his list of degrees including a Bachelor’s in Sacred Theology and Master’s in Secondary Education.

"Congratulations to all of you, I expect to see you working at Father Joe's Villages," Carroll joked.

"I was a dissertation short of a doctorate, now I got the doctorate and the problem with it is I'm with an organization that doesn't give pay raises for doctorates."

His honor made an impact on some graduates.

"The award for Father Joe was really nice because we finally saw the face to the organization that was always being presented to us,” said public health graduate Joanne De La Pena.

De la Pena is the first to graduate in her family, who immigrated from the Philippines. Her graduation cap was decorated with the words: "May the rest of our lives be the best of our lives."

“I put in my four years of hard work and now I am ready for graduate school and thankful all my family came,” said Glassman, who hopes to be a health administrator.

The commencement celebrations continue all weekend with SDSU’s college of business, sciences and engineering on Saturday and the College of professional studies and fine arts and education on Sunday.

All of SDSU's graduation ceremonies will be held at Viejas Arena.

Cal State San Marcos will hold two ceremonies for its College of Humanities, Arts, Behavioral and Social Sciences at 9 a.m. and 2:30 p.m. In total, the university expects to confer degrees on nearly 3,800 students, 55 percent of whom are the first in their families with a four-year degree. The university's ceremonies will be held at CSUSM's Mangrum Track and Field.

The San Diego Community College District will begin graduation ceremonies at its four campuses with Miramar College's ceremony. The college expects to confer more than 1,200 associate degrees on its graduates this year. San Diego City Councilman Chris Cate will also present the college with a proclamation to commemorate its 50th anniversary.

"Students in the San Diego Community College District come from all walks of life and span a broad range of ages, but all of them are single-minded in their determination to completing their education, often while working and supporting a family," said district Chancellor Constance Carroll. "On behalf of everyone in one of California's largest community districts, I want to congratulate the Class of 2019 on their achievements."

The district will spread its ceremonies over this weekend and next weekend. In total, the district plans to award nearly 12,000 degrees and certificates this year.

SDSU graduation ceremonies to kick off around the County Friday 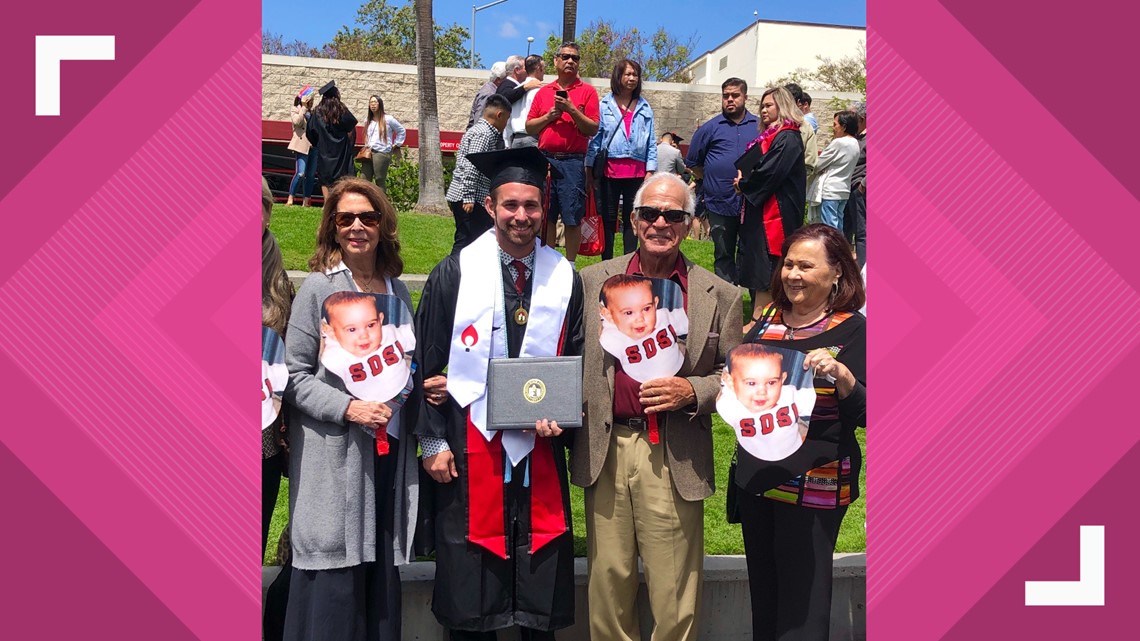 San Diego State University
Kicking off the start of commencement weekend🎓 Don't forget to use #SDSUGrad to share your commencement photos.