According to Bakersfield police, Puette is suspected of contacting the alleged victims via social media. 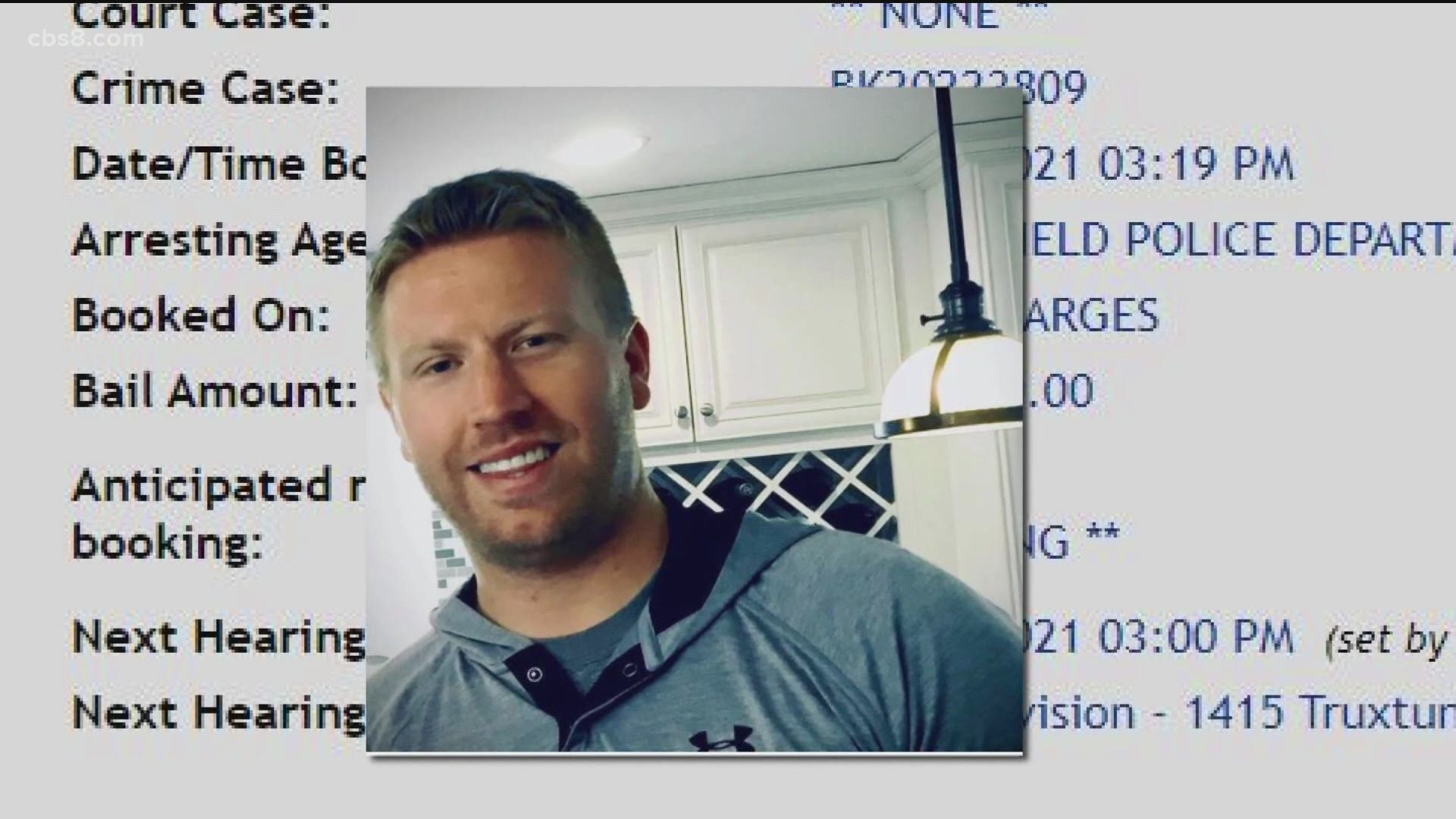 VALLEY CENTER, Calif. — A Valley Center Elementary School teacher was arrested Thursday on suspicion of committing sex crimes against minors during a prior stint as an educator at a primary school in Bakersfield, according to San Diego County Sheriff's officials.

Kyle Puette, 37, is suspected of sending harmful matter for purposes of seducing two teenage girls and communicated with them with intent to commit sexual offenses while working as a fifth-grade teacher at Louise Sandrini Elementary School from 2013 to 2017, according to the sheriff's department.

School officials say Puette is a third- and fifth-grade virtual teacher at Valley Center Elementary school. There are no known alleged victims in the case in the San Diego area, authorities said.

"This is one of those things, as a superintendent and you look at, it’s a horrible thing. We are working with our parents and we will have people on campus for any of our students, even though he was not on campus, in case they are having a hard time," said Ron McCowan, Valley Center-Pauma Unified School District Superintendent.

Pending the investigation, McCowan said Puette has been placed on administrative leave. News 8 has learned that Puette has family in Valley Center. The VCPUSD website says this is his first year in the district as a support teacher but has been in education for 10 years.

According to Bakersfield police, Puette is suspected of contacting the alleged victims via social media and engaging in sexually graphic and inappropriate online conversations with former students.

Kern County online jail records show Puette was arrested and faces felony charges of exhibiting harmful matter to a minor and contacting a minor with intent to commit a sexual offense. His bail is set at $320,000 and is scheduled to be in court on May 3.