Prince William County Schools said it stands to lose $15 million in funding if the state bases its aid on this year's enrollment. 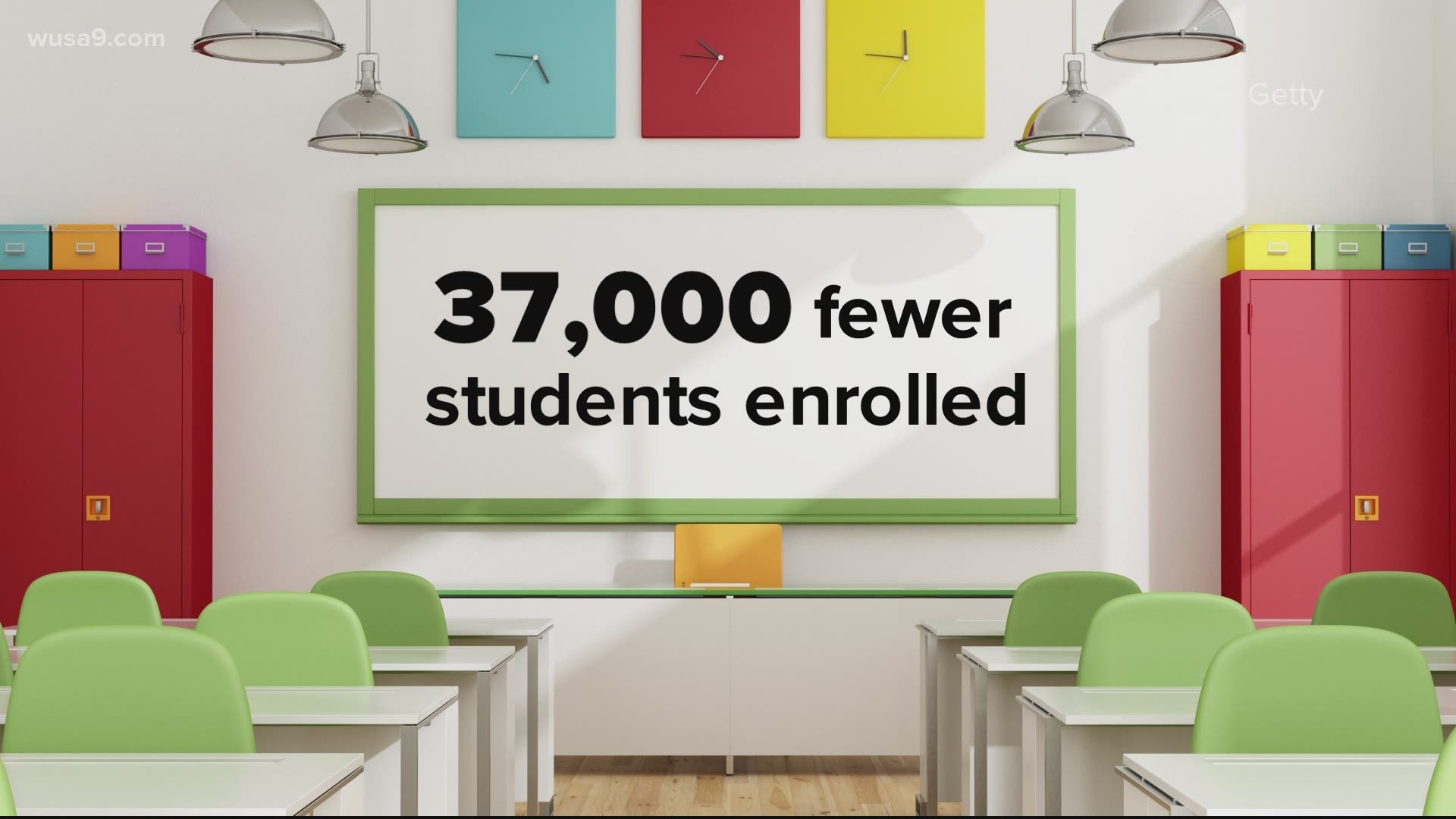 PRINCE WILLIAM COUNTY, Va. — As schools throughout Virginia work on their reopening plans, school leaders worry that a decrease in enrollment could spell trouble for future funding.

A spokesperson for Prince William County Schools said they are down 2,448 students from last year and attributes the decline to COVID. She said that equates to about $15.9 million less in state funds.

The majority of that enrollment loss is in elementary school -- notably kindergarten, which Chairman At-Large for the PWC School Board, Dr. Babur Lateef, said could be parents delaying kindergarten altogether, choosing a private school, or homeschooling their kids during the pandemic.

"I think the longer we go without reopening schools, the more frustrated families are becoming, and it’s understandable," Dr. Lateef said.

Hence, the number of students signing up for school in a division leads to the amount of funding that system will receive.

The Executive Director of the Virginia Association of School Superintendents, Ben Kiser, said schools across the state are seeing the same problem. VASS conducted a survey of the 133 school divisions, and out of the 123 that responded, Kiser said overall, they reported 37,000 fewer students than last year.

VASS calculated that the decrease amounts to $155 million in potential lost state funding.

RELATED: 'I'm not ready to die' | Some Virginia teachers say they are not ready for a return to school amid pandemic

The @vassnews says VA public schools are facing a potential loss of $155 million in state funding next year b/c of an enrollment drop this year.@fcpsnews & @PWCSNews attribute the decrease to the #COVID19 pandemic.

Hear from concerned educators on @wusa9 at 11. pic.twitter.com/G243MOhNx9

“Our concern is that these 37,000 children have not disappeared, they’re still there, and they will return," Kiser said. "We expect that they will return next year. So we don’t want ADM data that is not accurate this year to be used as data to project future enrollments and ultimately state dollars for local school districts.”

Kiser said VASS is hoping the General Assembly, which has left budget discussions open, will "hold harmless" public school systems this year, meaning use the previous year's enrollment data to calculate funding. So far, he said policymakers appear to be supportive of that idea.

The largest public school system in Virginia, Fairfax County Public Schools, has seen a decrease of about 8,000 students from last year. Teachers like Kimberly Adams, who heads the Fairfax Education Association, worries about the impact a loss of funding would have on her colleagues' jobs.

In September, the principal of Gravely Elementary School sent a letter to parents, notifying them that a reduction in student enrollment would lead to staffing changes i.e. reductions and shifts.

The letter reads in part, "We have begun the process of the reduction of positions to match our student population and class size requirements. All staffing moves will continue to meet the recommended class size maximums, and our staff will continue to deliver high-quality instruction for all students. All staff affected by these decisions are guaranteed a position within PWCS.

Dr. Lateef said he's grateful for the extra funding from the CARES Act, however, and is optimistic that the state will be sympathetic.

"In a school division like Prince William, we’re already overstretched you know, and every dollar counts," he said. "So we’re going to find a way to use it, and when we lose it, it hurts.”