Investigators found more than a thousand explicit photos of female patients in exam rooms on a San Diego doctor's phone. 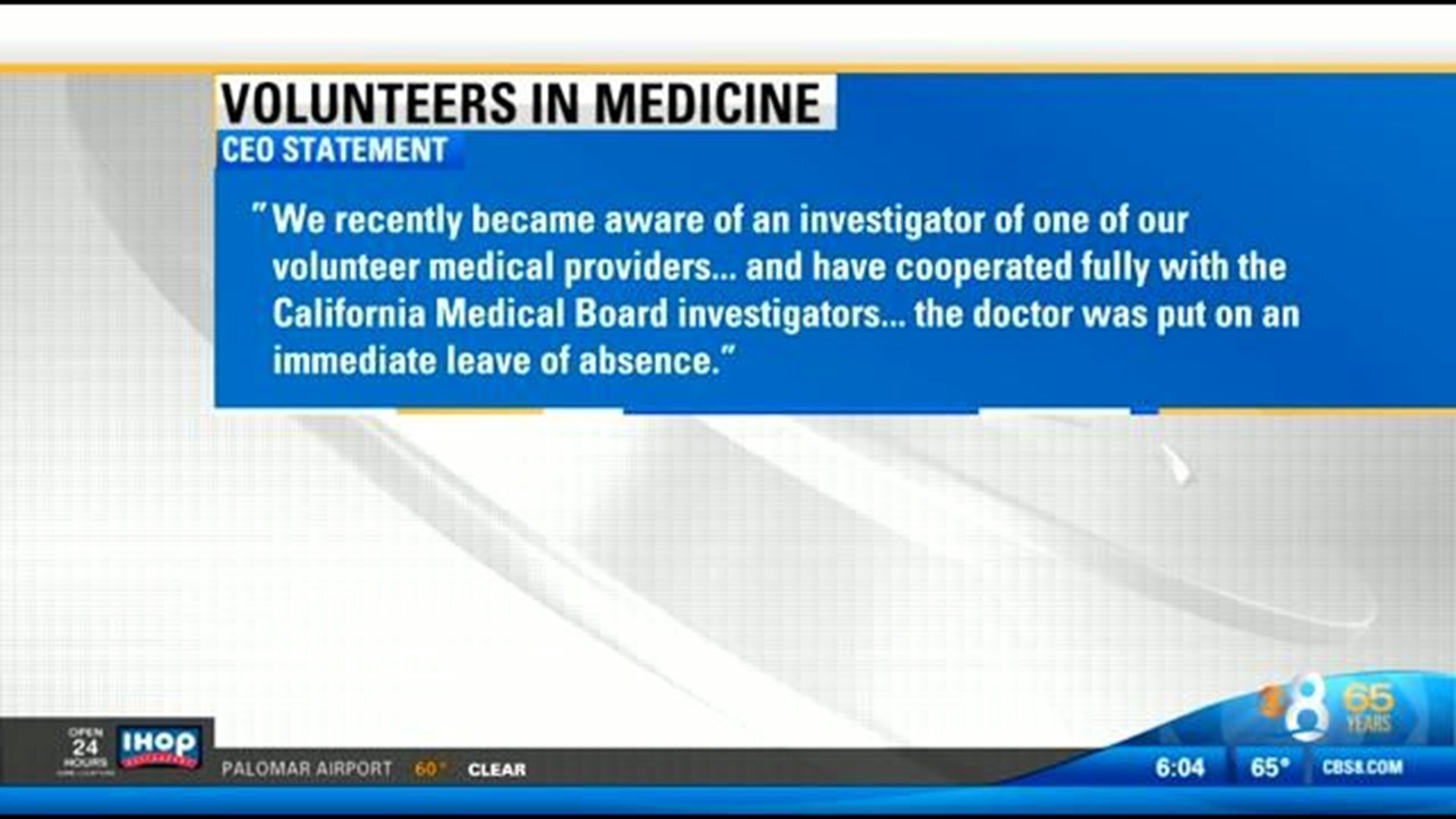 SAN DIEGO (CBS 8) – An El Cajon doctor, accused of taking explicit photos of female patients in exam rooms, is on leave. Now the District Attorney's Office Wednesday is deciding whether to file criminal charges against the doctor also accused of sexually assaulting at least one patient at a low-income clinic.

Court records show in January, 2014 a female patient went to Volunteers in Medicine in El Cajon for pain in her belly button. She reported Abrams asked her to take her clothes off while he was in the exam room. She reports Abrams inserted his finger into her vagina for the exam. Records show Abrams pulled out a cell phone from his doctor's coat and took a picture of her belly button area and five photos of her naked body.

Documents show a Medical Board Expert Reviewer described the exam and photos as, “extreme departures from the standard care.”

A search warrant was executed for Abrams cell phone. Investigators say they found 1,300 photos on his phone, “The photos were of numerous females in an exam room. The females were either completely nude or partially nude. Some of the photos were female's vaginas, breasts and buttocks."

The attorney for the alleged victim to first report says the patient is brave.

“My client was sexually harassed, she was sexually assaulted. She went there for medical services and unfortunately she had naked pictures taken of her without her consent and now she is emotionally traumatized,” said Jessica Pride.

Pride believes there could be more victims and recommends others to come forward and report it to police.

The warrant shows officers are looking for phone records between January 1, 2009 and October 3, 2014.

Abrams could not be reached for comment and charges have not been filed.

The CEO for Volunteers in Medicine, Maureen Hartin, released this statement to CBS News 8:

“We recently became aware of an investigation of one of our volunteer medical providers. Our clinic and staff have cooperated fully with the California Medical Board investigators. Once we were informed, the doctor was put on an immediate leave of absence."

“While very troubling these allegations are to our free medical clinic, they certainly are not a reflection of the outstanding work that over 100 volunteers who care for our patients on a daily basis," continued Hartin.

Volunteers in Medicine - San Diego, Inc (VIM) is a non-profit organization located at 1457 E. Madison Avenue. Last year, the organization cared for more than 3,000 patients. These patients are not charged for any services, which include medical visits, treatments, diagnostic lab tests and imaging.

VIM is the only free medical clinic in East County and the safety net for the uninsured who have no other resources for medical care.