A homeowner on Sunday shot and killed a man who was allegedly breaking into his parked vehicle on an El Cajon street. 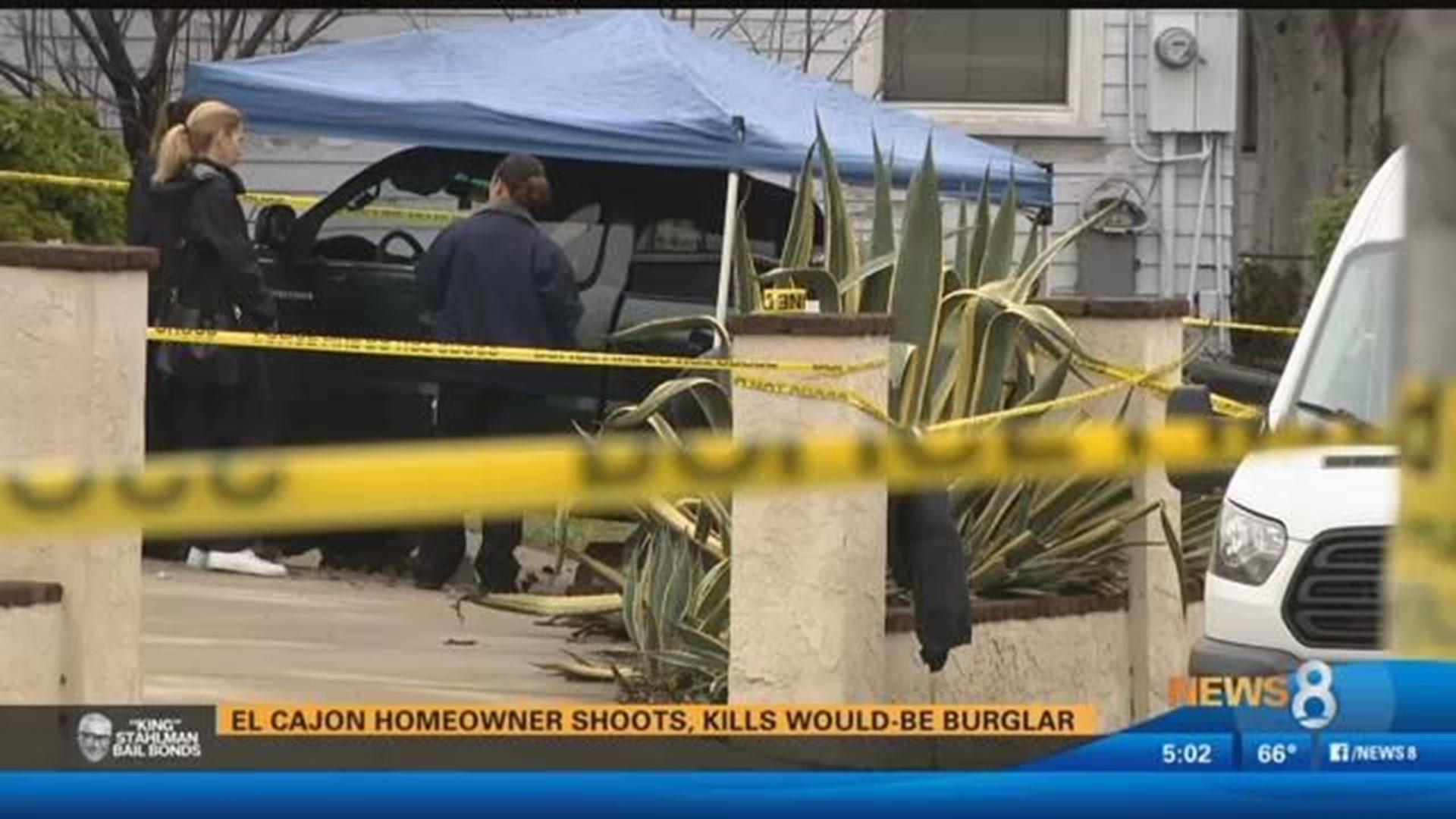 EL CAJON (NEWS 8) — A homeowner shot and killed a man who was allegedly breaking into his parked vehicle on an El Cajon street early Sunday morning.

"This area of El Cajon is generally a very quiet neighborhood," said El Cajon Police Lieutenant Walt Miller. "In my 30-year career I think I've been on Mona twice."

A homeowner says he woke up to his dogs barking.

"He looked out his window and saw an individual standing by truck," said Lt. Miller. "Concerned it was bring broken into, he went to his bedroom, retrieved a firearm and went outside to confront whoever was outside by the truck."

On his way out, the homeowner told investigators he heard glass breaking.

"He confronted the suspect, a confrontation between the two of them ensued - we're not sure what that was," said Miller. "The homeowner fired at least three shots from handgun, at least one hit the suspect."

The suspect then got back into his own vehicle and tried to drive away.

He hit several parked cars before crashing in front of a different home.

Paramedics pronounced the man dead from a gunshot wound on the scene.

"The homeowner is cooperative with us and we are continuing the investigation at this time," said Miller.

As of Sunday night, the homeowner was not under arrest or facing charges for shooting, what police called, a would-be burglar.

"We would always encourage them to call the police department first, but nothing prohibits them from doing that," Miller said. "This is the United States; there are a lot of homeowners that own firearms. So, that's always a possibility that a home a suspect may be breaking into or vehicle a suspect may be breaking into, they should take into account a firearm may be in that person's house."