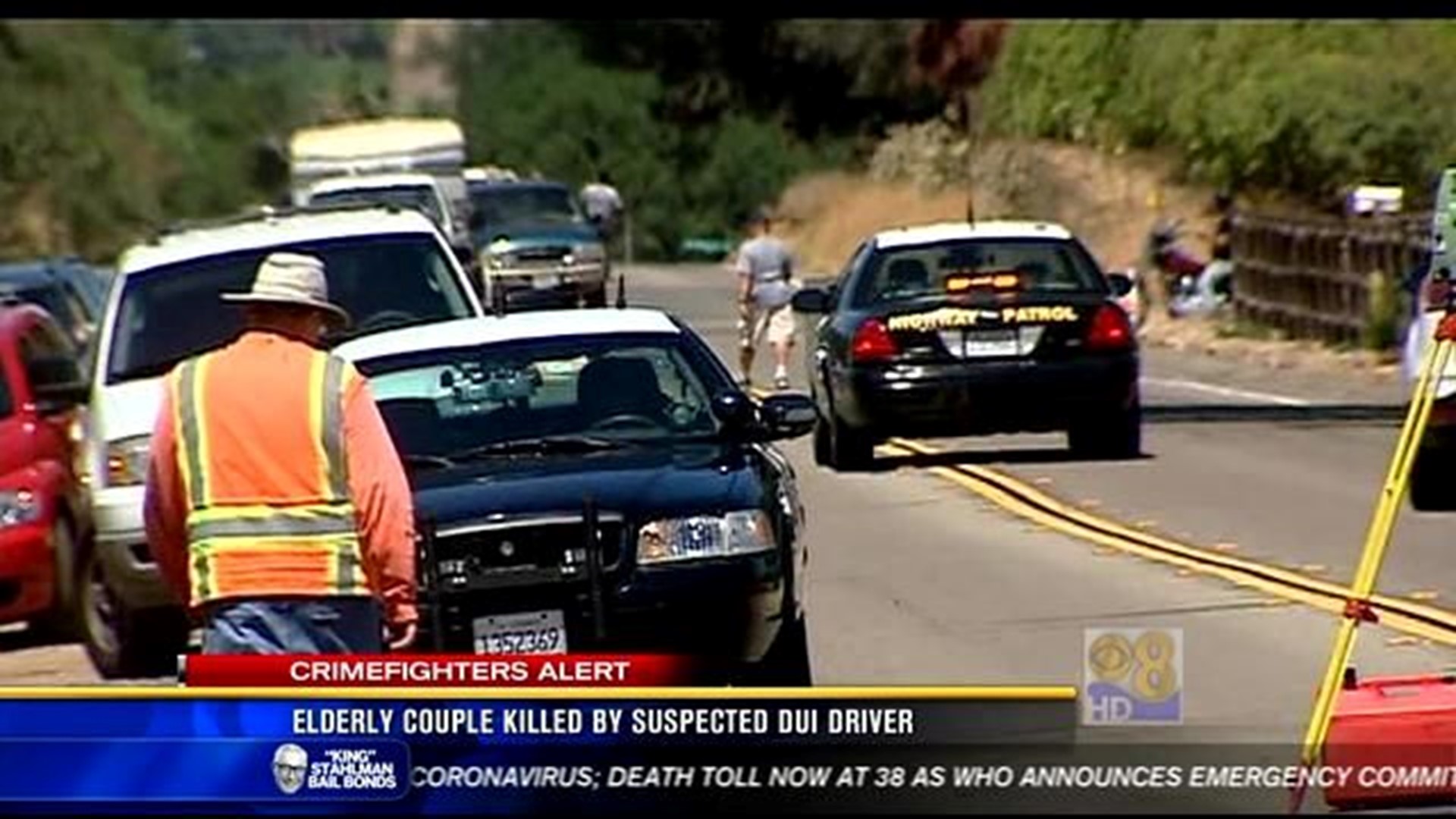 VALLEY CENTER (CNS/CBS 8) - A man was jailed on suspicion of vehicular manslaughter and felony driving under the influence after the vehicle he was driving allegedly struck and killed two pedestrians Sunday north of Valley Center.

The 20-year-old driver, later identified as Earl Smith Jr. of Oceanside, was headed east on Old Castle Road near Mauka Drive in a 2011 Toyota Corolla at about 6:15 a.m. when the vehicle drifted to the right and struck the elderly man and woman, who were walking east with their backs to traffic, according to California Highway Patrol Officer Jim Bettencourt.

Both victims died at the scene, the officer said.

Mr. and Mrs. Ackerman, as they were known by neighbors, would take their daily stroll down Old Castle Road. The lovely couple had been doing it for nearly 30 years, only on this day what neighbors feared most happened.

Neighbors say it is a sad loss. The friendly faces of the 79-year-old man and his 78-year-old wife will no longer be seen on the road.

Smith, who is suspected of being under the influence of alcohol, was arrested. Les Herrera says it's very little consolation considering what's been lost.

"They were love birds you don't see this anymore -- two 80-year-old's walking hand in hand every morning just like they were in their 20's," he said.