Prosecutors have charged the couple with using patient credit cards to rack up fraudulent charges. 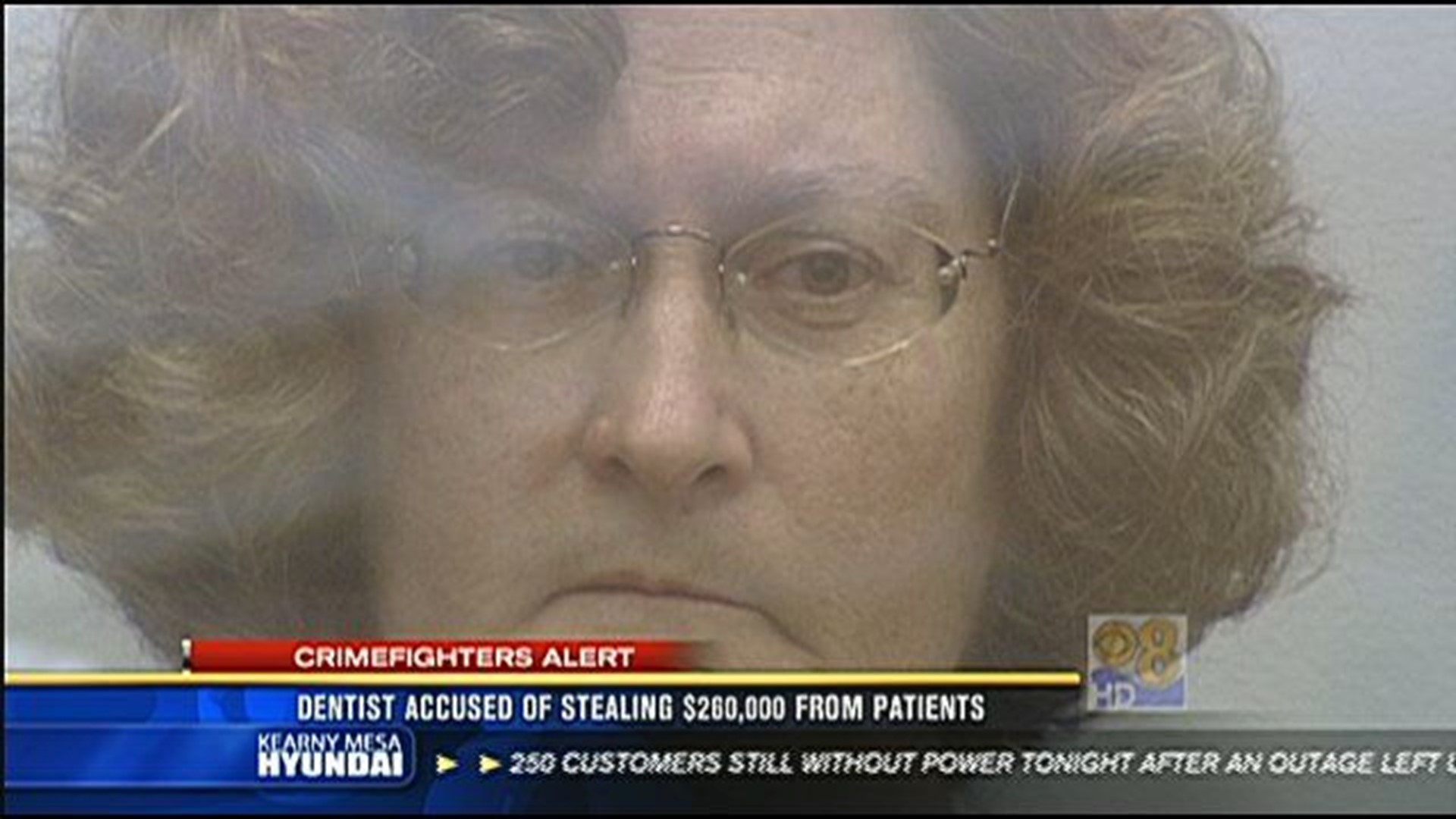 ENCINITAS, Calif. (CBS 8) -- Dr. Edward Bodek has been a dentist for almost 30 years. His wife, Mary Bodek, worked as his office manager at this dental office in Encinitas.

Prosecutors have charged the couple with using patient credit cards to rack up more than $260,000 in fraudulent charges.

"The patients are very loyal to Dr. Bodek," said Deputy District Attorney Anna Winn. "They love Dr. Bodek and trust him. They've been his patients for years and they are elderly people who have complete faith in him."

George Ravazzolo said he was a patient of Dr. Bodek for some 20 years.

"He was good. He was easy to deal with. He was very kind," said Ravazzolo.

"I was very proud of him for being the kind of person who would go to assisted living centers and nursing homes, take care of the older people and it turned out he took advantage of them," Ravazzolo told News 8 during an interview in his Carlsbad home.

In August, Ravazzolo went to Dr. Bodek for a $67 teeth cleaning and ended up with $8,000 in unauthorized charges on his credit card, he said.

"I'm so disappointed in him as a person for doing this, and I can't understand why," said Ravazzolo.

When federal agents served search warrants on the dental office and on the Bodeks' apartment in Carlsbad, they found stacks of boxes and shopping bags, according to court records.

Agents also discovered 30 different storage units rented by the Bodeks, which were full of women's clothing, high end handbags, and fur coats with the price tags still on them, the records show.

"When I heard he had 30 storage unit filled with this, all I could think of was hoarding. He's a hoarder and he couldn't help himself," said Ravazzolo.

Dr. Bodek and his wife are now facing 45 felony counts involving 22 patients and more than 100 fraudulent credit card transactions. They could get up to 21 years in prison if convicted.

"I don't know how he's going to take it. I don't think he good prison material at all," said Ravazzolo.

Ravazzolo ended up getting his $8,000 back from his credit card company but other alleged victims were not so lucky.

Dr. Bodek and his wife remain in jail after the judge set bail at $1.5 million each.