After a heated debate, the Encinitas Planning Commission on Thursday voted against a Beacon's Beach access staircase design. 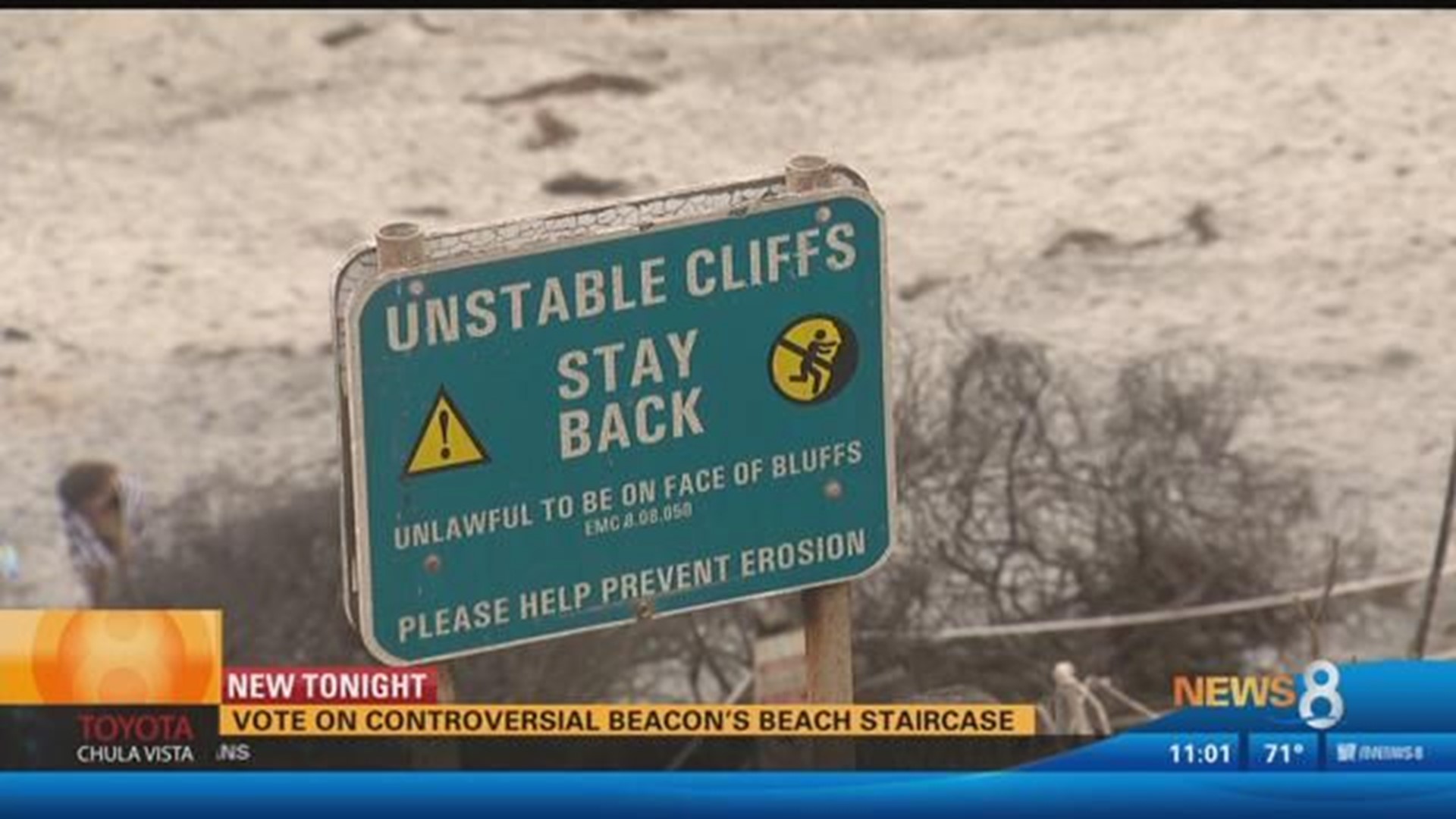 ENCINITAS (NEWS 8) – After a heated debate, the Encinitas Planning Commission on Thursday voted against a Beacon's Beach access staircase design.

The Encinitas Planning Commission on Thursday faced a barrage of opposition when faced with the task of voting on the design of the plan.

The City of Encinitas wants to replace the iconic switch back trail leading to Beacon’s Beach with a concrete staircase. Those in favor said it will make getting down the bluffs to the sand safer. Those opposed to the plan claimed environmental regulations were bypassed.

Opponents further argued that the staircase would not fit with the character of the community.

The city said the bluff the trail runs down is in dire condition because of landslide movements and erosion. The believe that could endanger access to the beach below, but many residents question if that is the case, why weren’t more preventative measures taken by the city.

Julia also said the group support the plan because conditions at the bluff are getting worse over time. “I think the reality is the situation is, at the end of the day the city is going to build something. Protect access at that location, and the trick is to build something before there's another collapse.”

Many residents, however, pleaded for the City of Encinitas to instead spend more resources on preserving the bluff and the Switch Back Trail.