End of an era at San Onofre: Final siren test

What could be the final test of the San Onofre Nuclear Generating Station's siren warning system is scheduled for Wednesday, majority owner Southern California Edison said. 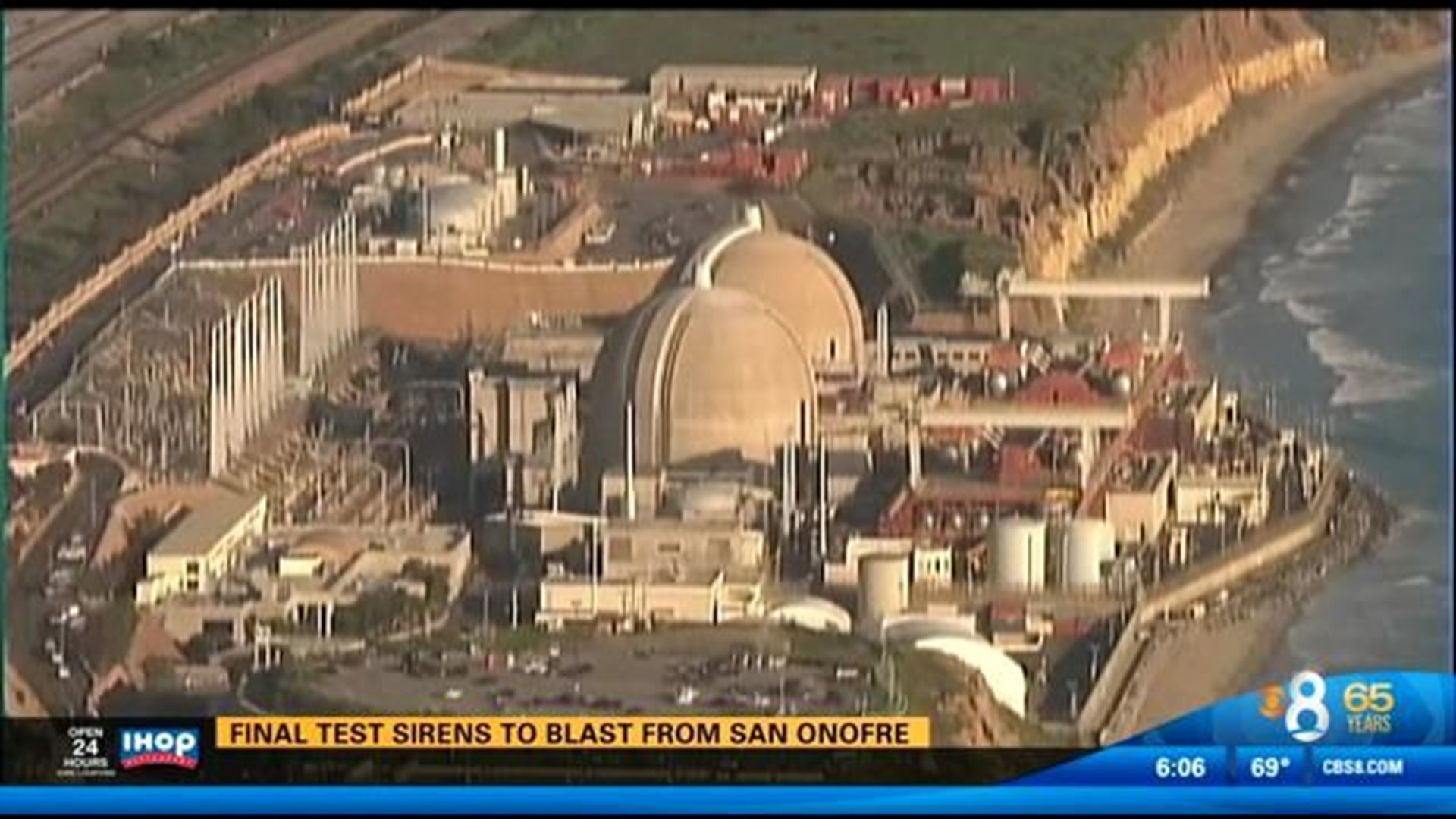 SAN DIEGO (CNS) - The San Onofre Nuclear Plant conducted what's expected to be the final test of its sirens Wednesday.

The system is designed to alert people in case of a nuclear emergency and is checked annually.

SCE decided to retire the plant last year, though its license was good until 2022.

If the U.S. Nuclear Regulatory Commission accepts San Onofre's latest safety plan, the tests will become a thing of the past as the plant is decommissioned.

The plant, which started generating electricity in 1968, contained three reactors, but only two were used in recent years.

The siren test involved the cities of Dana Point, San Clemente and San Juan Capistrano, as well as other areas of southern Orange County, plus nearby state parks and the Marine Corps base at Camp Pendleton in San Diego County.

Fifty sirens sounded several times in the communities around the San Onofre nuclear plant from 10 a.m. until noon and lasted about three minutes each time. The sirens sound a continuous, steady tone, making them noticeably different from those used by fire and police departments.

Before and during the siren test, broadcasts on Orange County's primary Emergency Alert System radio station, KWVE 107.9, informed the public of the test.

The plant has been idle since a January 2012 noninjury leak in a steam generator made by Mitsubishi Heavy Industries.

Edison decided to close the plant instead of pursuing a costly restart process. San Diego Gas & Electric owns 20 percent of the plant and received one-fifth of the power it produced when it was generating.