If the "Big One" hits, how safe are our homes and buildings? A team of engineers at the University of California, San Diego is conducting a series of tests with the world’s largest earthquake simul... 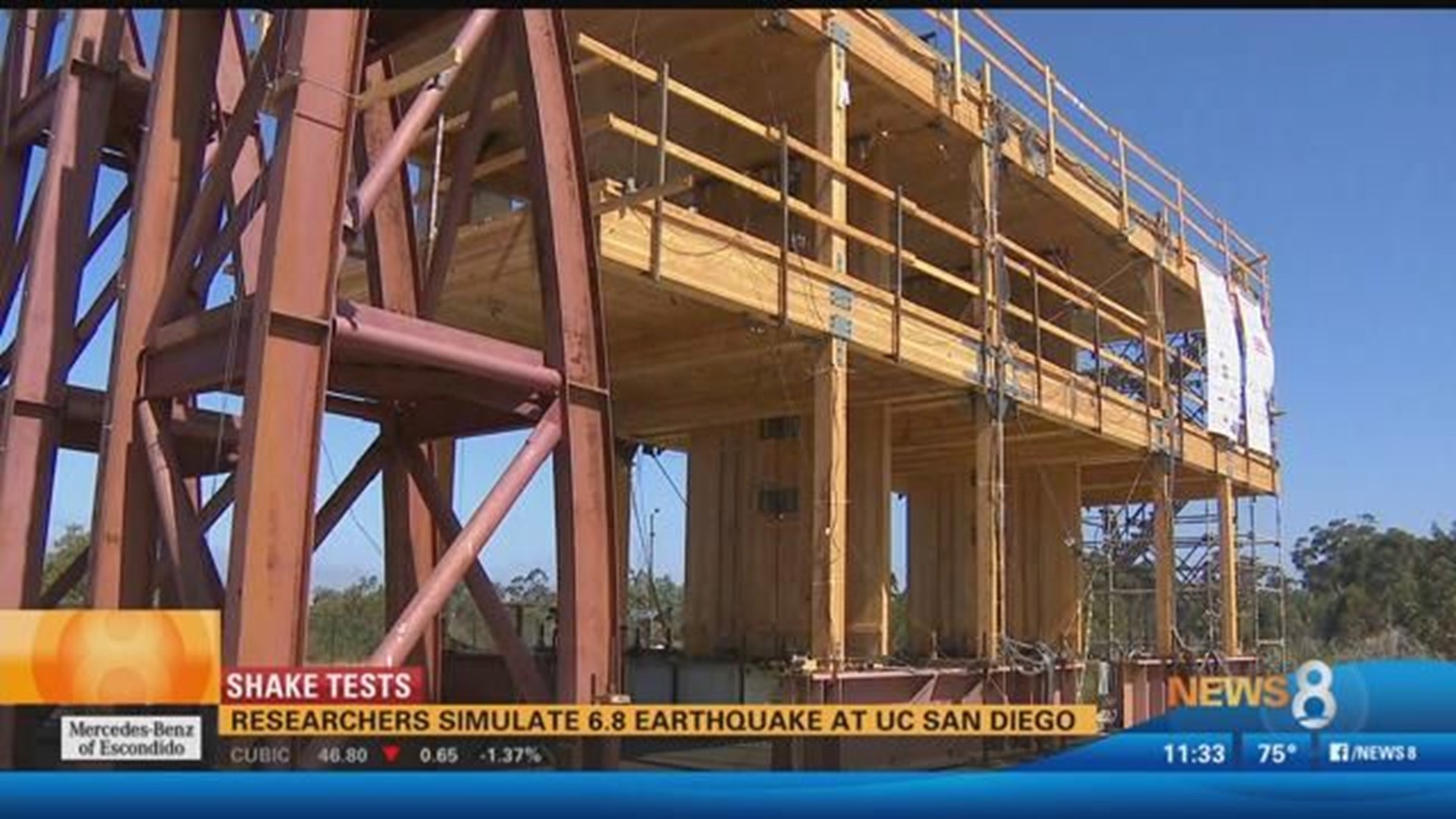 SAN DIEGO (NEWS 8) - If the "Big One" hits, how safe are our homes and buildings?

A team of engineers at the University of California, San Diego is conducting a series of tests with the world’s largest earthquake simulator to try and answer that very question.

Engineers from all over the country came together in San Diego and built a two-story, real world structure frame using cross-laminated timber. The structures also have what is called a rocking wall system, which is designed to recenter the a building after an earthquake. Engineers even partially wired the structure and poured concrete to get more accurate results on real world damages.

Right now, cross-laminated timber buildings are only built in areas with low to moderate signs of seismic activity. Engineers are hoping to one day be able to build structures up to 25 stories with the material.

On Friday, the structure was tested against a 6.7 magnitude earthquake simulation, which is the same magnitude as the Northridge earthquake that rattled Southern California in 1994.

“Today was a great success,” Andre Barbosa, an engineer at Oregon State University said. “We just ran Northridge twice, back to back. It was actually 125 percent Northridge and the building performed very well. We have no indication of damage right now.”

Barbosa added that crews were able to enter the building immediately after the simulated earthquake and estimated the cross-laminated timber structure would only need about a week’s worth of repairs.

Researchers said that by 2020, they hope to build a 10-story timber building to be tested on the shake table.