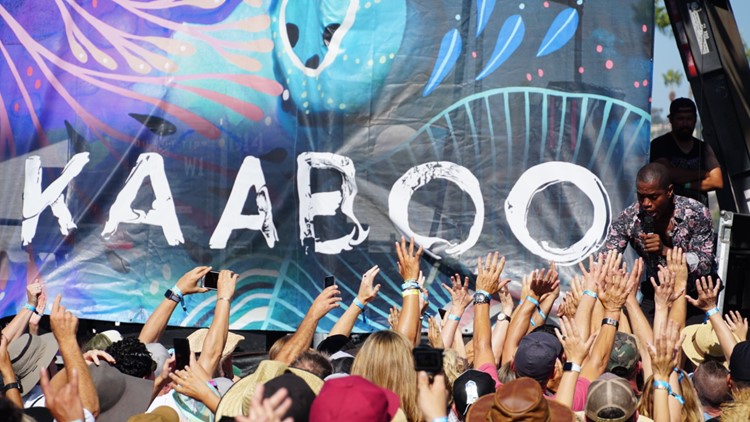 SAN DIEGO — The KAABOO festival is under new ownership, three days after entering into a multiyear partnership with the San Diego Padres and moving from Del Mar to Petco Park.

Virgin Fest Founder and CEO Jason Felts has fully acquired all of the festival brand assets through an affiliate of Virgin Fest, the music festival arm of the Virgin brand. Felts formerly served as a Partner and Chief Brand Officer at KAABOO. The KAABOO brand and signature, multi-sensory experience around live Music, Comedy, Art, and Culinary will remain and KAABOO will not be rebranded.

Founded by Bryan Gordon and Seth Wolkov, KAABOO began with its flagship property KAABOO Del Mar in 2015 and grew to international acclaim with the establishment of a fully sold out festival in the Caribbean (KAABOO Cayman) before then expanding to Dallas/Ft. Worth (KAABOO Texas). The timing of the 100% asset only acquisition of KAABOO coincides with the completion of KAABOO Del Mar’s fifth anniversary weekend, and the festival’s second sold out event. It was also announced this weekend that the Southern California festival would now be known as KAABOO San Diego and would be relocating to Petco Park next year.

“I attended the first KAABOO Del Mar in 2015 with my parents,” shares Jason Felts, “given it was KAABOO’s inaugural year, the attendance was low, however it became very clear to me that the vision was truly unique. It also became clear that KAABOO shared a like-minded approach to Virgin with customer service, while delivering a unique, differentiated, multi-sensory festival product. That, of course, is a testament to the Founders’ initial vision supported by an extremely talented team of professionals who executed upon that vision.”

“It was on that basis that we first invested and supported this vision in 2016. We look forward to the future of the KAABOO brand and its festival experiences under our ownership,” Felts said.

The KAABOO sale was announced Wednesday morning and brokered for Virgin Fest by Los Angeles-based Latham & Watkins, which bills itself as the world’s second largest law firm. The price for the sale of KAABOO — “a 100 percent asset only acquisition” initiated by Virgin Fest founder and CEO Jason Felts — has not been disclosed.