Ex-Marine accused in deaths of 5 Southern Calif. women to be extradited

A former Marine convicted of killing three prostitutes in Illinois will be brought to Southern California this week to stand trial for allegedly killing five women in San Diego, Orange and Riversid 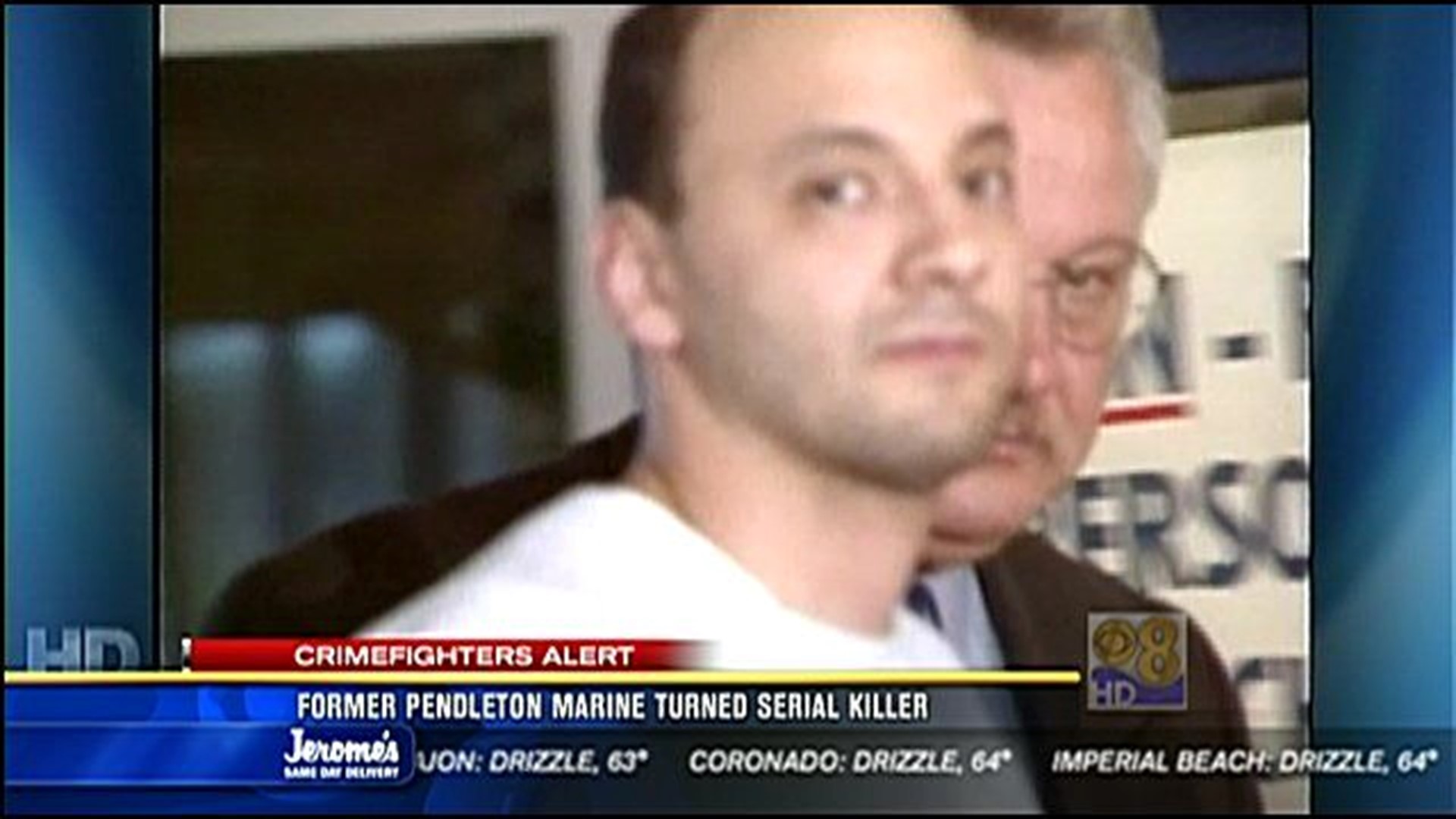 SAN DIEGO (CNS) - A former Marine convicted of killing three prostitutes in Illinois will be brought to Southern California this week to stand trial for allegedly killing five women in San Diego, Orange and Riverside counties between 1986 and 1995.

Andrew Urdiales, 47, was taken from an Illinois prison Monday by federal marshals and was expected to arrive at the Orange County Jail on Thursday, according to the Orange County District Attorney's Office, which will handle the prosecution for all of the killings.

Urdiales is charged with five counts of murder, along with special-circumstance allegations of multiple murders and personal use of a handgun. He faces a potential death sentence.

Although he is due to arrive in Orange County Thursday, an arraignment date has not yet been set, prosecutors said.

Prosecutors contend that Urdiales committed four of the murders while serving as a U.S. Marine at various facilities in Southern California. He was discharged in 1991, when he moved back to his home state of Illinois. The fifth murder, which occurred in Palm Springs, was allegedly committed by Urdiales while he was on vacation, prosecutors said.

In 1996, Urdiales killed three prostitutes in Illinois. He was convicted of all three killings and sentenced to death. The death sentences for the first two killings were reduced by the governor to life in prison without the possibility of parole. The death sentence for the third killing was commuted this year when Illinois outlawed capital punishment.

In Southern California, Urdiales is accused of killing:

According to prosecutors, Urdiales stabbed Brandley 41 times in the back, neck, chest and hands while she was walking to her car at Saddleback College, where she had just finished her shift as an usher at a jazz piano concert.

McGhee, Wells, Erwin and Maney were all prostitutes, according to the District Attorney's Office.

Urdiales allegedly picked up McGhee in Indian Wells then drove her to a remote area of Cathedral City, had sex with her then shot her in the head.

He allegedly paid Wells $40, then drove her to a deserted San Diego industrial complex where he had sex with her, shot her in the head and took back the $40 he had paid her. Prosecutors contend he left a condom at the scene, and DNA evidence was recovered.

According to the District Attorney's Office, Urdiales picked up Erwin, drove her to a remote area of Palm Springs, had sex with her then shot her three times.

Prosecutors claim he used the same gun to kill McGhee, Wells and Erwin, then dismantled the weapon and disposed of the parts.

While vacationing in Palm Springs in 1995, he allegedly picked up Maney, drove her to a remote area, tied her hands behind her back, had sex with her and stabbed her to death.

Urdiales was arrested in November 1996 in Hammond, Ind., when police saw him in his truck, parked in an area known for prostitution. Inside his vehicle, officers found a gun, which he was not permitted to carry. He was convicted of misdemeanor unauthorized possession of a handgun.

The next year, however, police in Illinois conducted ballistics tests on the weapon, and linked it to the killings of three women in that state. Urdiales was arrested and charged with the killings. As a result of that arrest, he was linked to the Southern California killings, according to the District Attorney's Office.