SAN DIEGO (CBS 8) – Jeremy Green, who is accused of shooting and killing his wife on Saturday, was arrested by San Diego police officers at the San Ysidro border crossing at around 1:00 am.San Dieg... 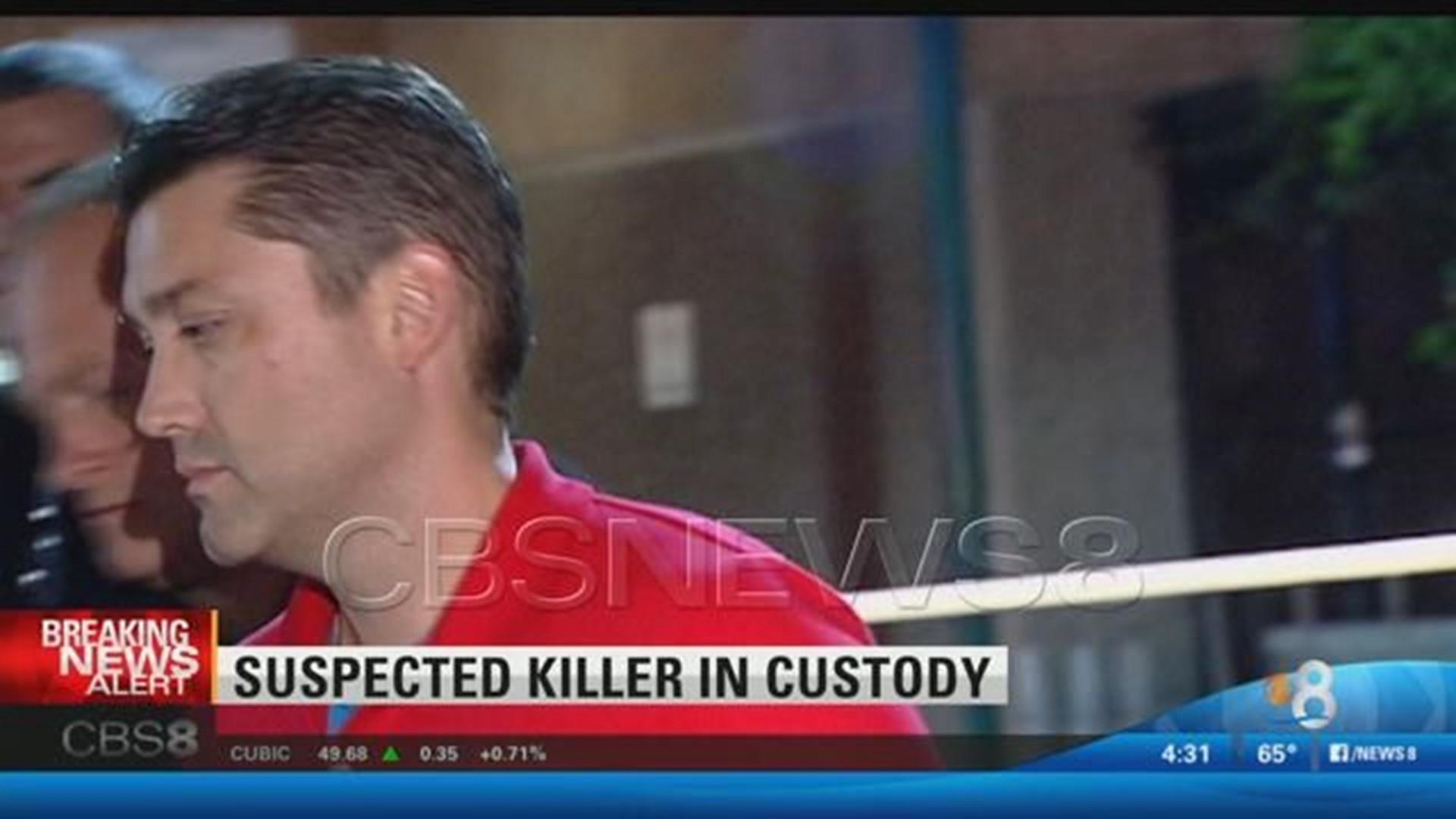 
Jeremy Green, 40, fled to Mexico after allegedly shooting and killing his 37-year-old wife Teressa Green Saturday, June 6 around 2:11 p.m. in the
9600 block of Business Park Ave
., located just east of Interstate 15 and south of Canyon Road.


During a 9:00 a.m. press conference Friday at the San Diego Police Department headquarters, Capt. David Nisleit said homicide detectives had been in contact with Jeremy Green for several days, working to facilitate his surrender.


"Anytime that somebody murders somebody in the City of San Diego, that's a very, very serious case, and we will do everything we can to bring that person to justice," said Capt. David Nisleit.


According to Capt. Nisleit, Jeremy Green flew from Cancun to Tijuana where he met with Mexican authorities before crossing the border.  At approximately 1:00 a.m. Friday, Jeremy Green surrendered to authorities at the San Ysidro border crossing where he was arrested and later booked into jail on suspicion of murder.


The couple had just left marriage counseling when the shooting occurred. According to witnesses, Green and his wife were in a verbal argument when he pulled out a gun, fatally shooting her before driving off in his silver Corvette. The San Diego Police Department assigned several of its units, as well as other law enforcement agencies, to work on the case.


A possible murder weapon was found hours after Saturday's shooting by a pair of hikers. The hikers found a shotgun at the base of the State Route 52 and Genessee ramp inside Marian Bear Park.


Testing on that weapon began on Monday to determine if it was, in fact, the murder weapon. The weapon was confirmed to be registered to Green, according to police. Two other weapons are still unaccounted for.


On Tuesday, police found Jeremy Green's Corvette at International Parking where attendants shared their
surveillance video
from Saturday, around 3:00 p.m., 50 minutes after the murder.


"They were just looking for somebody to see if they parked in here for some homicide, something about a wife," said Michael Garcia, a Gateway Parking assistant.


The video showed a silver Corvette rolling-in, and man resembling Green pulling out a wad of singles to pay the seven dollars parking fee.


In the video, the man looks like he was chewing gum at the time, and he looks in his rear-view mirror. The man was wearing a blue shirt with blue stripes, and then the video showed the suspect changing into a black shirt and black hat after parking. The suspect then walked towards the border.


Businesses in the area granted access to their surveillance cameras to CBS News 8, but Green didn't appear in any of the videos.


After the Corvette was recovered, homicide detectives had the vehicle towed to the Northwestern Police Division.


Court documents obtained by CBS News 8 revealed Tressa had filed for divorce from Green citing irreconcilable differences on April 13, 2015, but the date of separation is listed as April 1st.


The couple was married in 2005 and had two children together. In the filing, Tressa asked for physical custody, but wanted to allow them visitation with their father.


Documents showed the couple filed for bankruptcy twice, once in 2008, and again in 2014.