We all know it's expensive to live in California (the average rent in San Diego is about $2000 per month). But how much is it to leave California? News 8 crunches the numbers on what it costs to pa... 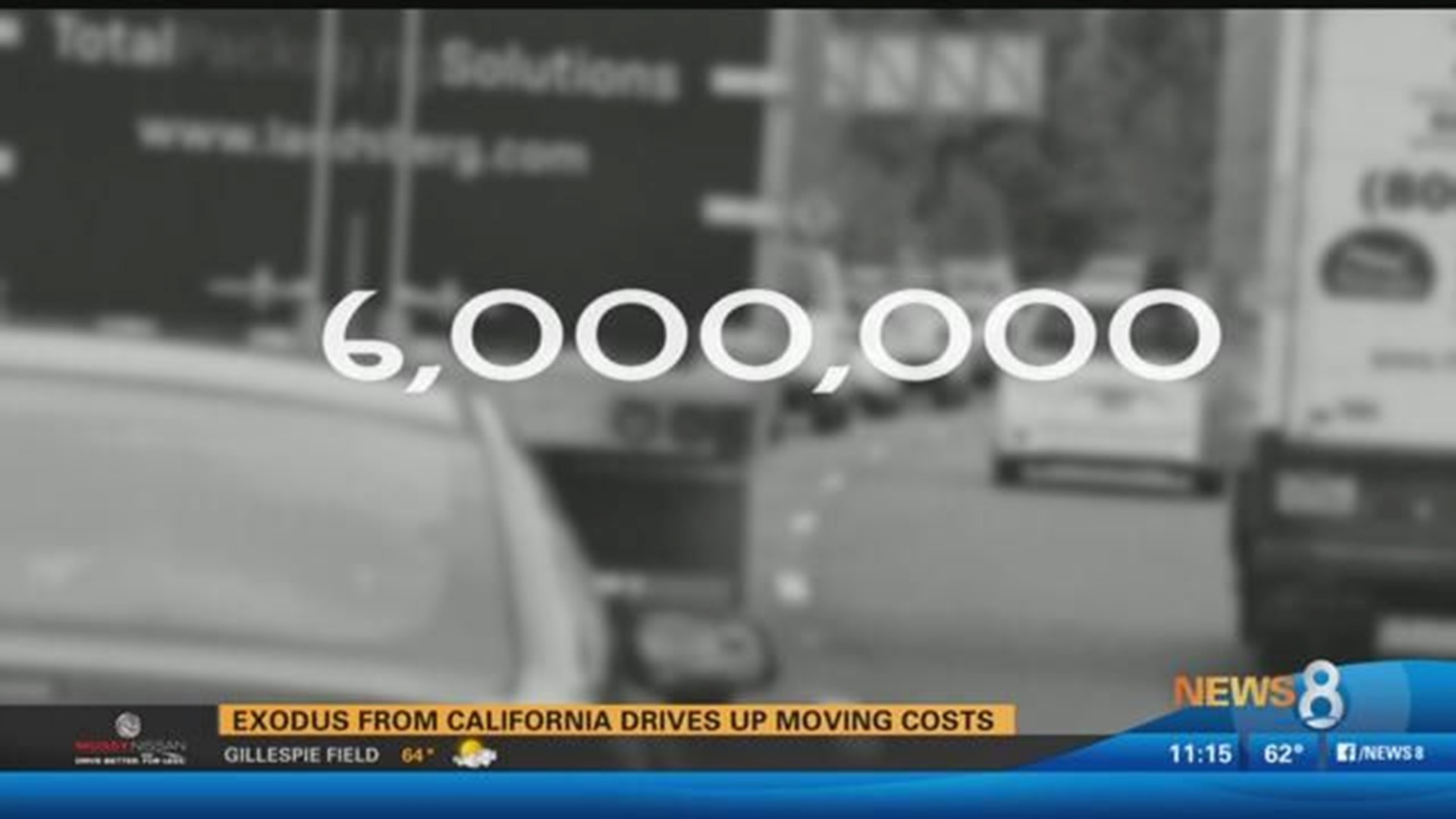 According to some studies, the answer may be yes.

A rising cost of living is pushing people out, but the wave of movers is making the drive out of the state more expensive.

Jennifer and Michael Pratschner packed up their belonging and left San Marcos for good.

The pair are lifelong Californians, and still shudder at the idea of leaving the only state they have ever known.

Like many others, rising housing costs are making it next to impossible to make ends meet.

“Money was always tight just because of living in coastal Southern California. We had two incomes and then her health started to go south last year,” said Michael.

Jennifer has battled thyroid cancer off and on. She quit her job to focus on her health and three kids.

Even as an engineer, Michael could not make enough for California.

“Living in this area on one income is not even a possibility,” said Michael.

Dr. Alan Gin, an economics professor at the University of San Diego, said the average rent in San Diego is now over $2,000 a month – putting stress on people with lower incomes.

Dr. Gin said the Pratschner’s are not alone. In fact, Dr. Gin said that studies show between 2006 and 2017, seven million left California.

Only six million moved in in the same time period – a net loss of a million people.

As people move out of California, U-Haul rentals have become high in demand.

Just how bad is it?

A Penske moving truck from San Diego to Phoenix could cost anywhere from $930 to more than $2,400.

It is substantially cheaper, however, to go from Phoenix to San Diego.

The most expensive option would be a 26-foot truck from Penske for $629. A truck from U-Haul would cost around $100.

The Pratschners moved to Alabama. They hired movers for the same cost as renting a moving truck.

Thankfully, for the Pratschners, an inheritance will help pay for the move and a new home in Alabama; otherwise, it would have been impossible.

“We definitely do not have $5,000 sitting around in our savings account right now. This is sort of a one-shot deal, a now or never – like a golden ticket,” said Michael.

According to Dr. Gin, other popular states for Californians to move include: Texas, Nevada and Oregon.