SAN DIEGO (CBS 8) - One woman is dead after a hit-and-run crash in Ramona Sunday evening, according to the California Highway Patrol. CHP officers also reported that following the crash the suspec... 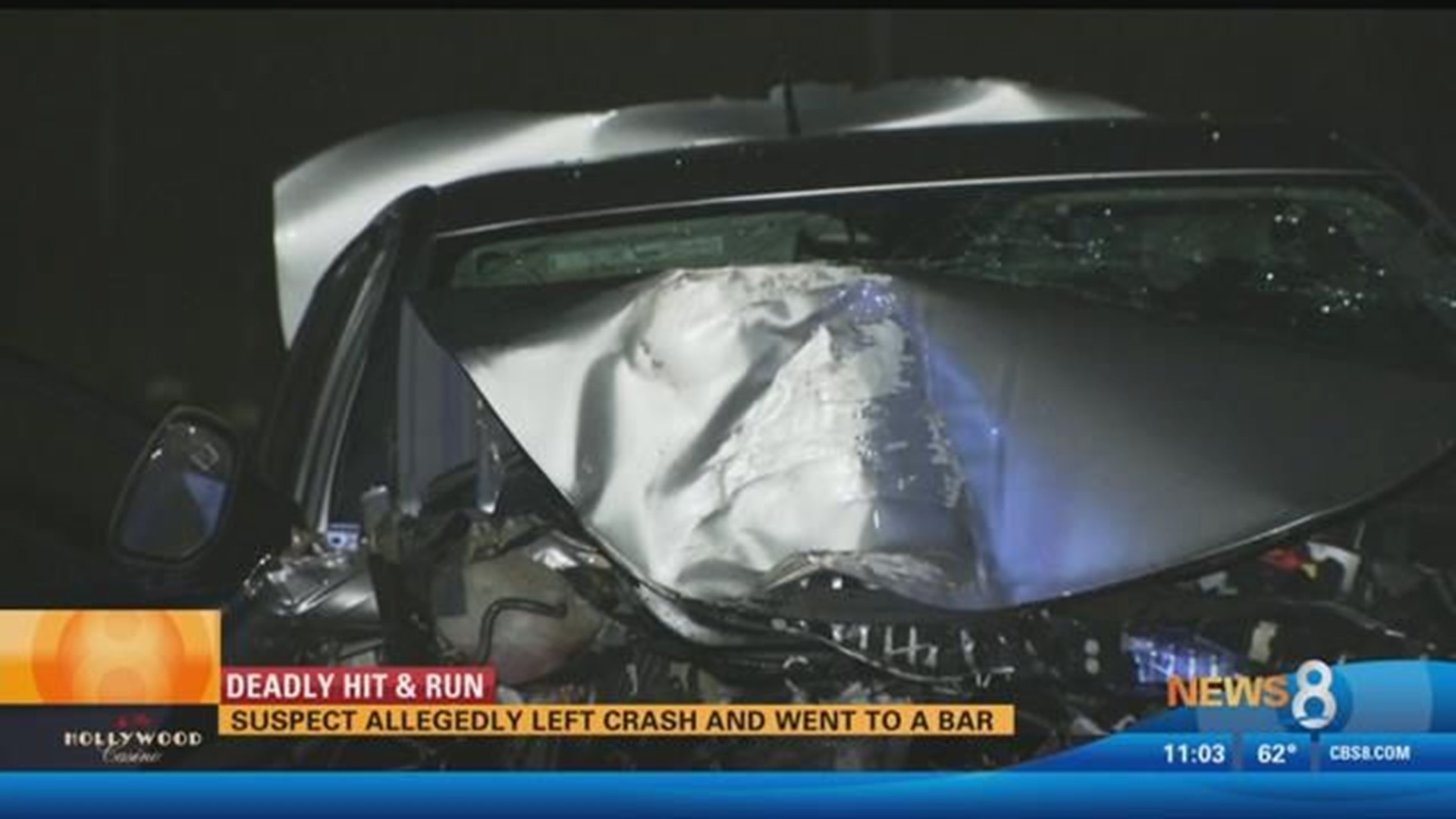 SAN DIEGO (CBS 8) - An expectant mother is dead after a hit-and-run crash in Ramona Sunday evening, according to the California Highway Patrol.

CHP officers also reported that following the crash the suspect took a Lyft to a local bar.

The victim's husband tells CBS News 8 she was 33 weeks pregnant and due to have a baby girl next month.

Christian Foderingham - a Marine - didn't want to go on camera but wrote in a message: "It's so hard... my life will never be the same. My heart, my world, and best friend, and mother of my children (while carrying our daughter) was taken from me. R.I.P. Jessica and Ayanna Foderingham. I'm not ready to raise two boys on my own."

The medical examiner also identified the victim as 29-year-old Jessica Foderingham. The report stated that witnesses called 911 and first responders attempted to resuscitate the victim. While en route to the hospital she was pronounced dead.

The suspect in the crash, Andrew Molinis was questioned by CHP officers, taken away from the Sheriff's deputies substation on Montecitio Road in Ramona.

The 44-year-old's Denali SUV was towed away from the Riviera Oaks Resort and Racquet Club at the 25000 block of Pappas Road.

Sheriff's deputies say the SUV rear-ended a car which hit a tree, killing the woman who drove it. It happened on Mother's Day after 6:30 p.m. at San Vicente Road and Arena Drive. She was taken to Palomar Medical Center where her husband and family received the horrible news.

Sheriffs deputies also said he left his SUV in the parking lot and then took a ride share to the Turkey Inn Bar at the 700 block of Main Street in Ramona where he was arrested and booked into the County Jail before 2 a.m. Monday morning.

"It's not an accident. There's nothing accidental about drinking alcohol and getting behind the wheel," said CHP Officer Kevin Pearlstein. "There are so many programs from MADD to Every 15 Minutes to Lyft and Uber. There are all these options."

Fondo said the family will meet at the crash site at 2 p.m. Tuesday to place crosses, everyone is invited.

They are also setting up a GoFundMe page that info will be on CBS8.com once it is established.

Molinis is charged with four felonies including two counts of DUI resulting in bodily injury, gross vehicular manslaughter and hit and run.

The suspect is on $1 million bail and will face a judge at 1:30 p.m. on Wednesday afternoon.