As concerns over racial profiling and healthcare rise across the nation, hundreds of San Diegans on Wednesday came together to stand up for human rights by standing in solidarity with faith leaders at 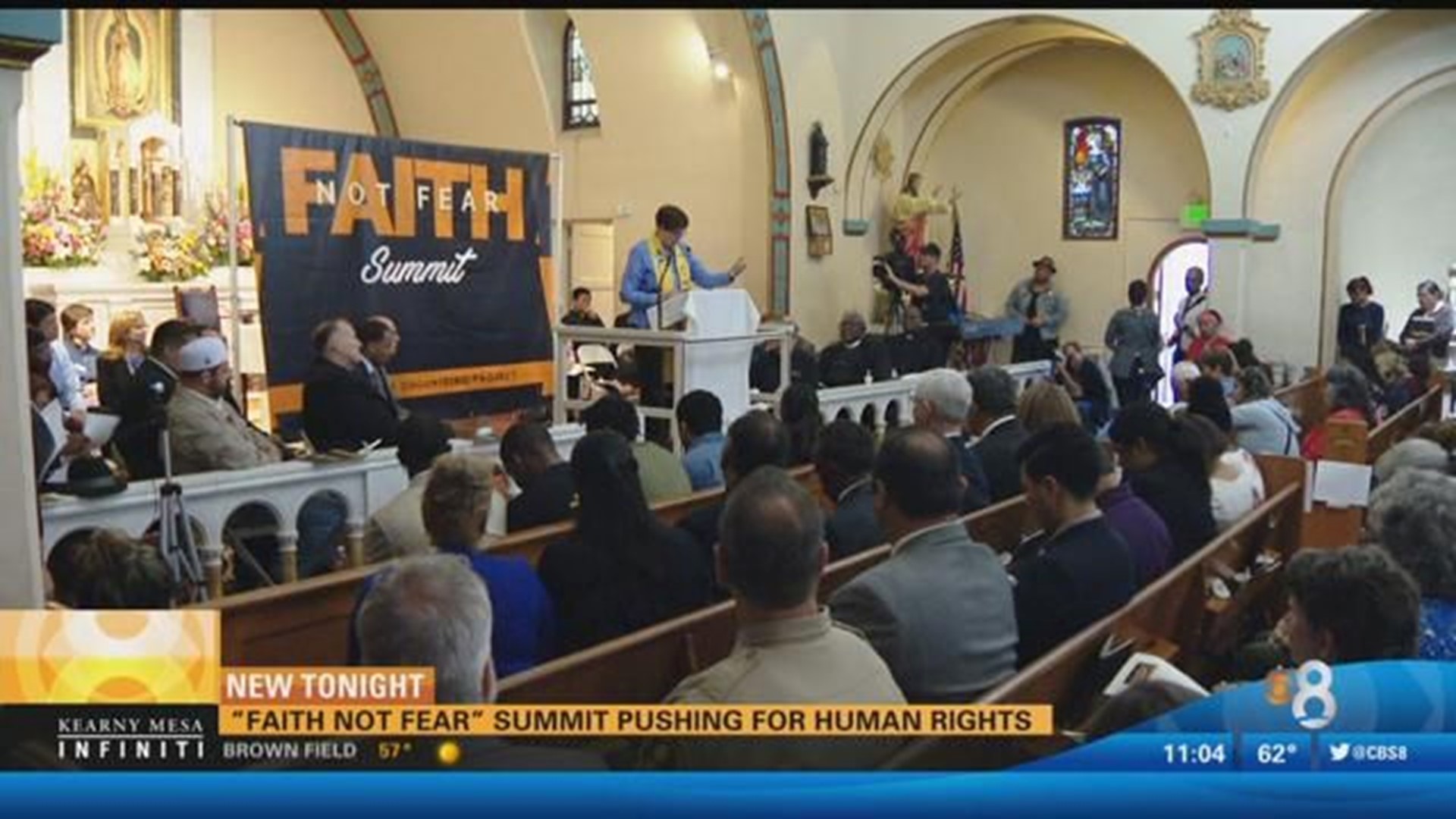 SAN DIEGO (CBS 8) - As concerns over racial profiling and healthcare rise across the nation, hundreds of San Diegans on Wednesday came together to fight for human rights by standing in solidarity with faith leaders at the Our Lady of Guadalupe Church in Logan Heights.

Families were bused in from all over the county for the first San Diego Organizing Project's Faith No Fear summit - which advocates against social injustice, racial profiling, mass incarceration and deportations.

"What is happening in our country is scary and we need all of you - we need you to build your own faith not fear. We believe that faith is much stronger than fear. Hope is more powerful than hate," said Bishop Cornelius Bowser, Charity Apostolic Church.

Attendees were greeted by protesters outside the church.

One protester said, "we stand in solidarity with Christians who have been murdered by Muslims."

Another protesters aid he did not want "people coming into our country that have not been properly vetted."

Inside, faith leaders continued their call to action by lighting a candle - pledging faith over fear.

Bishop Robert McElroy, with San Diego Catholic Diocese, said he has gone to parishioners and told them they need to execute a legal document appointing someone as a guardian to their children in case they are deported.

"I am tired of complaining about and marching, but I will continue marching. We need to work and have the guts to do something and not just sit around," said retired educator Lalo Aceves.

Also in attendance were two local members of Congress, and local law enforcement leaders - all calling to overcome social injustice with faith, not fear.

"It is beautiful to have all these different entities come together," said Minister Tyrone Anders, St. Stephens Cathedral Church of God.

Those who participate can sign a pledge to put their faith into action by creating an action team for causes such as prison reform, offering their home as a sanctuary for undocumented families, or receiving alerts for calls to action.

The San Diego Organizing Project said it is a non-partisan group made up of 31 faith congregations building community power for social justice.