Fake grass, real problems if done on the cheap

Many San Diegans have begun to replace their water guzzling grass with synthetic turf in an effort to fight the drought. 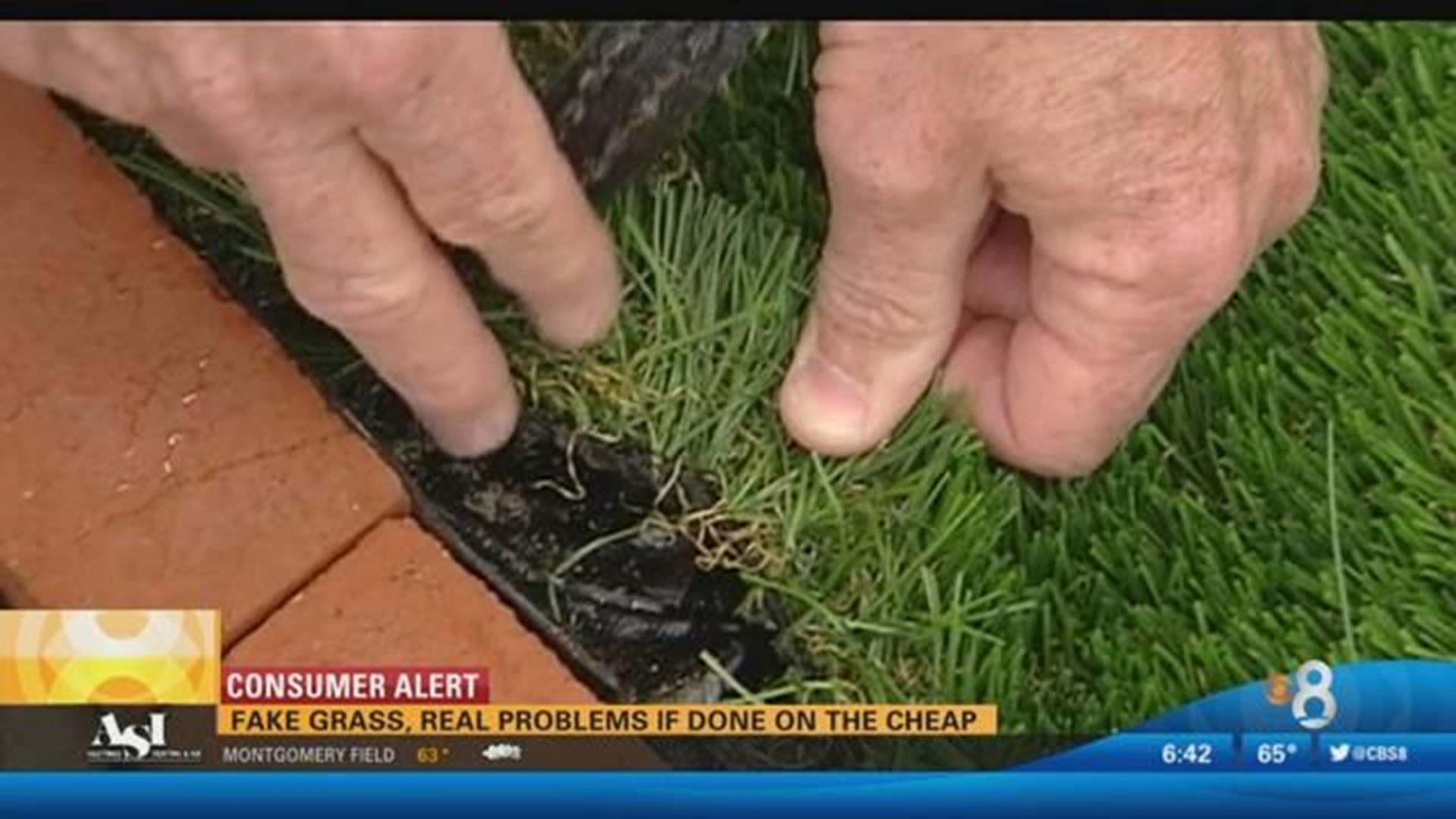 SAN DIEGO (CBS 8) - Many San Diegans have begun to replace their water guzzling grass with synthetic turf in an effort to fight the drought.

As the fake grass industry grows, those in the industry say if homeowners are going to make the switch to fake grass, then they should do it right.

YouTube videos demonstrate how homeowners can lay out their own artificial grass, but it is not as easy as it looks, and even some professionals are not cut for the job.

Scott Hall and his wife Nancy hired a licensed contractor, who they do not wish to name publicly, who did their rock landscaping in their front yard, and installed artificial grass in their backyard. That was one month ago, and they immediately noticed ripples in their new grass and uneven edges.

"They cut too far away from the edge so they had to bring in a patch," said Hall.

Everywhere the Halls looked, they would be staring at another unsightly seam.

"With all the rain, all the edges where they did this is coming up because the tape is not holding," said Hall.

CJ Fellars is the owner of SoCal Synthetic Lawns and Putting Greens. The Halls are hiring him to fix the work of the first contractor. Fellars, who has been in business for more than a decade, says backyard corners can be a challenge, and folks cannot just cut corners by using small patches.

"The directions of the blades are a little turned and when you do that you obviously see the seams a lot more," said Fellars.

The Halls contacted Fellars after seeing their neighbor's flawless yard, where the grass really is greener.

The Halls wanted to share their story so others do not make the same costly mistake.

"The worst part for me is that we did not do more research before we started this," said Hall. They recommend people get references and take the time to drive out to people's homes to see the finished work of the business they wish to hire.

The San Diego County Water Authority is working with certain companies to offer a ten-percent discount on artificial turf, and SoCal Synthetic Lawns and Putting Greens is one of those companies.