A Miss Universe contestant is working to restore her image after discovering her picture was being used on an escort site. 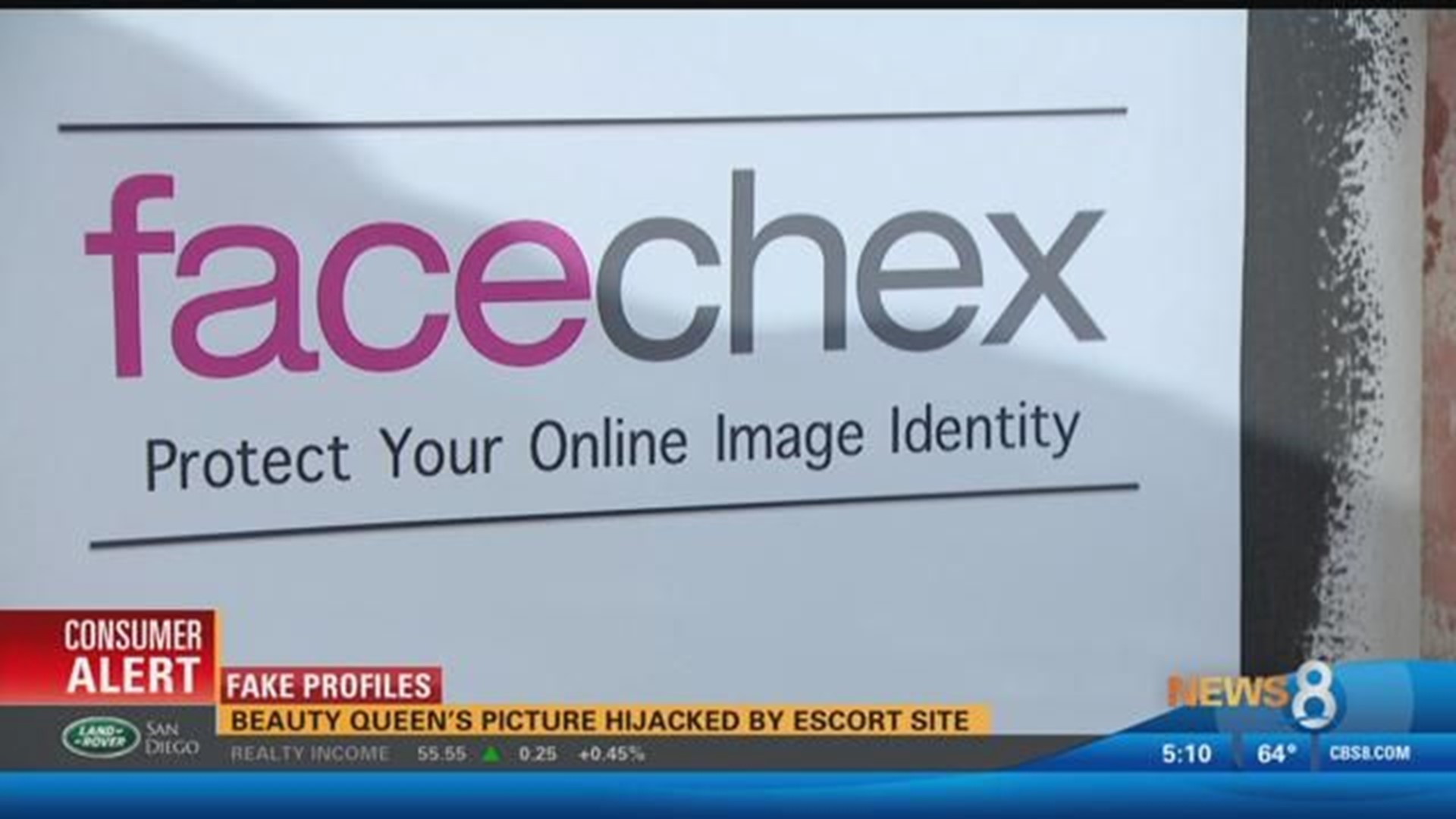 SAN DIEGO (NEWS) – A Miss Universe contestant is working to restore her image after discovering her picture was being used on an escort site.

San Diego resident, Myana Welch, who represented Guam at the Miss Universe pageant made the discovery with the help of "facechex," an online image protection company.

As the reigning Miss Guam, Welch had her pictures taken in San Diego as a model, but had no idea the photos were being shown on an escort site eros.com, under the name Jazzy.

“I don’t know what happened to my images. I don’t know who uses them. This is awful. I was devastated because I was worried it was going to have an impact on my reputation,” she said.

Myana would speak to children as part of her pageant platform. She’s had her image stolen before and used on a fake Facebook page and dating site.

Fired up to fight back, Myana met up with "facechex" founder Mark Bauman to bring the issue to his attention.

The company uses facial recognition software to protect images online. A service that Myana said she is grateful for after her pictures were inappropriately photoshopped.

According to Myana, the pictures made her look “scandalous.”

"Facechex" served the escort service site a notice. “The notices we sent these sites to put a request in where legally they have to comply with that request to take the images down. If not, it puts them liable for damages that could exceed $125,000,” aid Bauman.

The website took down the pictures, but Myana still worries about the lasting effects for others who do not know what lies on the web.

“If we do something now, we can inspire others to take a stand against things like this. You want control of what happens to those images,” she said.

You can use "facechex" to keep your photos from popping up on sites without your permission.