Families in US, Mexico celebrate Easter at Friendship Park

People met at the Mexico-U.S. border for an Easter service unlike any other Sunday. 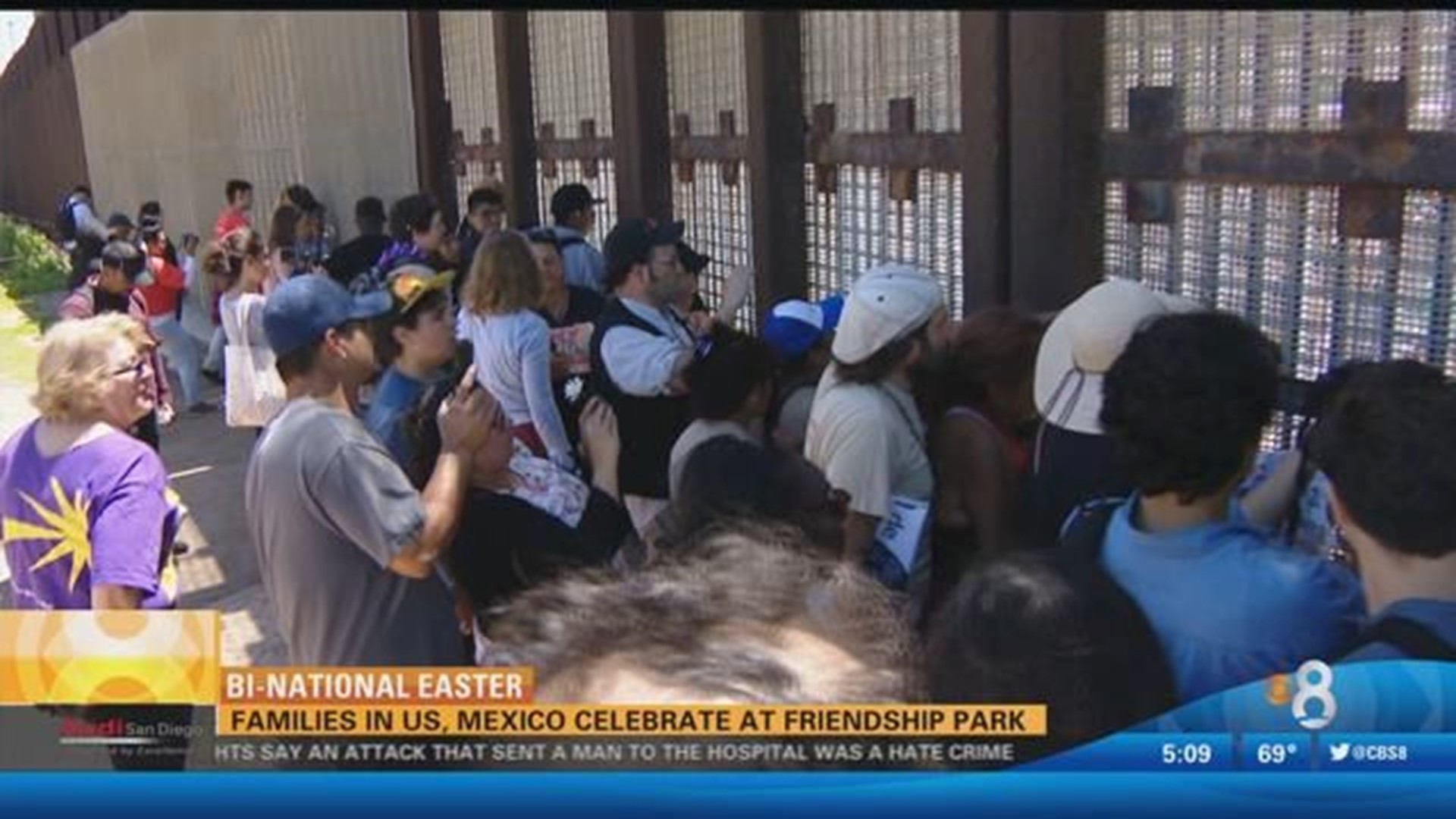 SAN DIEGO (CBS 8) — People met at the Mexico-U.S. border for an Easter service unlike any other Sunday.

"We're here as a reminder that we are members of one family - the human family," said one preacher at the service.

Families separated by the metal border tried to communicate for a few hours even though they're only able to fit a pinky finger in through the barrier.

"If you have been separated from your family and you haven't seen them in years, you want to hug them and you want to cry with them and the only way you can do that is touch each other's fingers," said Leticia Velez from who traveled from Los Angeles with the group Caravan Against Fear.

"We're out here we're letting people know that you are not forgotten - we're here we're still fighting," said Velez. "And today on this holy day, it's a very beautiful thing to see."

Clergy and community leaders alike spoke from both sides of the wall with a special Easter message of unity.

"We've seen some families travel from Fresno and Pasadena to visit with families who have maybe traveled even hours and hours to be here. It's bitter in that it's going to be separation and it's sweet in that, at least for a moment, there is encounter -  there's love and there's family," said Dermot Rodgers from Saint Peter of Rome Mission.

Rodgers comes to the border wall every Sunday to pass along words of hope.

"We are a society of laws, but all laws, all justice should be tempered with mercy," Rodgers said.

Caravan Against Fear plans to go to other border states – Texas, Nevada, New Mexico - before a May 1 strike

At the border, the gate gets closed by 2 p.m. every weekend meanwhile activists fight for immigrant rights.