An Arizona woman was traveling to San Diego with her family to celebrate her birthday when the trip took a tragic turn as they headed to Silver Strand. 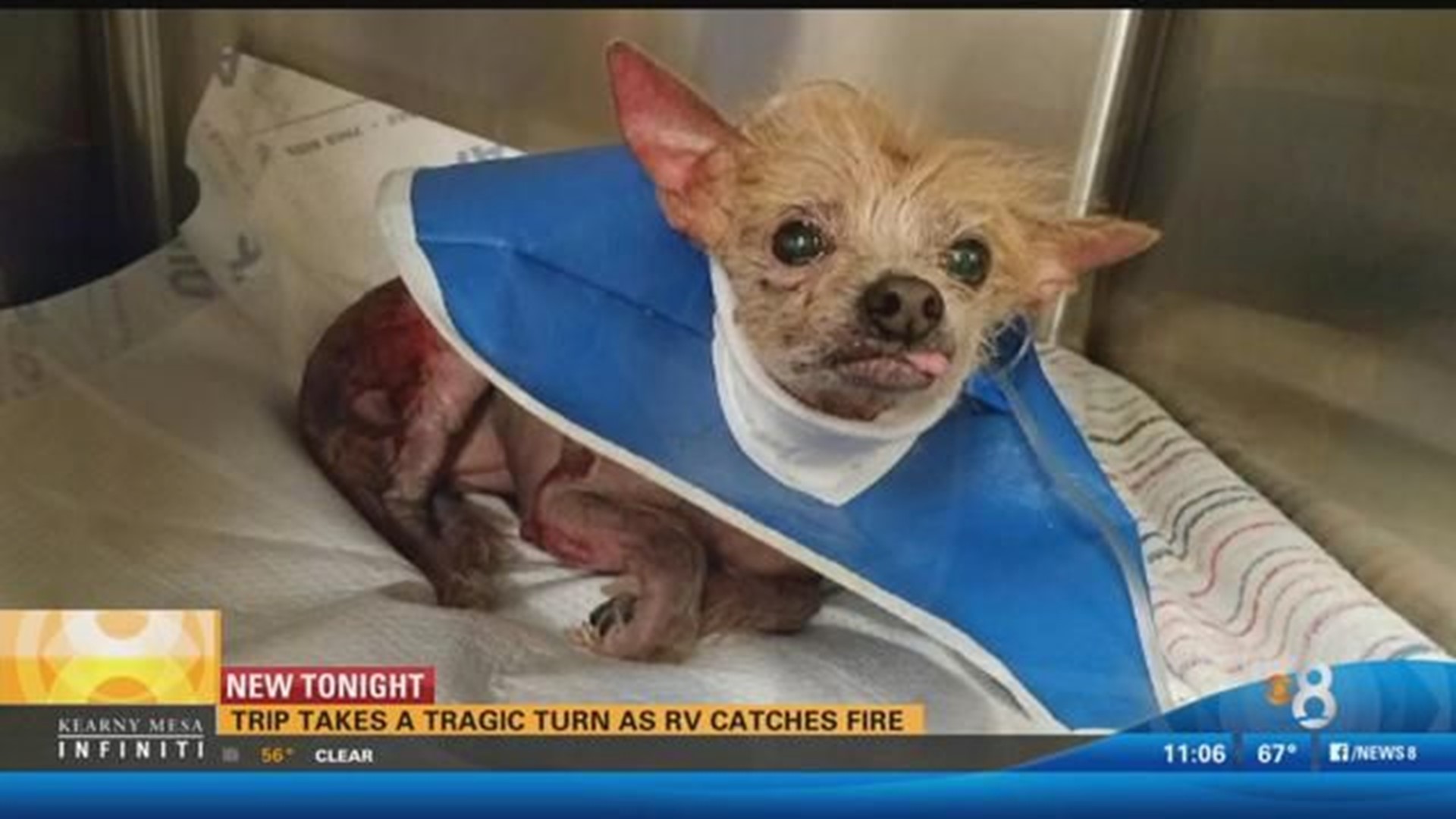 SAN DIEGO (CBS 8) - An Arizona woman was traveling to San Diego with her family to celebrate her birthday when the trip took a tragic turn as they headed to Silver Strand.

The RV Jeannie Withrow was traveling in with her family caught fire, and a propane tank exploded as they were escaping with the family dogs.

As Jeannie and her husband, Craig Winters, made sure their son and their pets were safely out of the RV, the propane tank exploded and engulfed them in flames.

Their 14-year-old son, Justin, and their dog Godiva managed to escape uninjured, but Craig and Jeannie were not as fortunate.

"At the moment we walked by the propane tank we had a big explosion. We were engulfed in flames. We all screamed and then we managed to get away but by that time the damage was done," said Craig.

Jeannie currently remains in a medically induced coma with burns to 60-percent of her body. She has had two skin grafting operations with another anticipated surgery this week.

The family's two Chinese Cresteds, Izzy and Pandora, are being treated at the VCA Emergency Animal Hospital in Mission Valley. Izzie suffered burns to 30-percent of her body but is now able to go for walks.

Pandora suffered burns over 70-percent of her small body and her prognosis is more guarded.

The family's veterinary bills have already surpassed $30,000, but Craig said he will do all he can to make sure every member of his family pulls through this tragedy.

"As long as they have a chance, I do not want to tell Jeanie when she comes out of a coma that we did not do everything possible. We want them to do well. Everybody who has dogs knows what I am talking about," he said.

Their son Justin has returned to Tucson to attend school and is living with family.

Craig said he will remain in San Diego for the foreseeable future to be near Jeanie during her prolonged recovery.

A family friend has set up a GoFundMe page to help Craig and his family with medical bills. Also, anyone wanting to help with their pet veterinarian bills can send their contributions to: VCA Emergency Animal Hospital, 2317 Hotel Circle, San Diego, CA 92108, ATTN: Izzy and Pandora Medical.