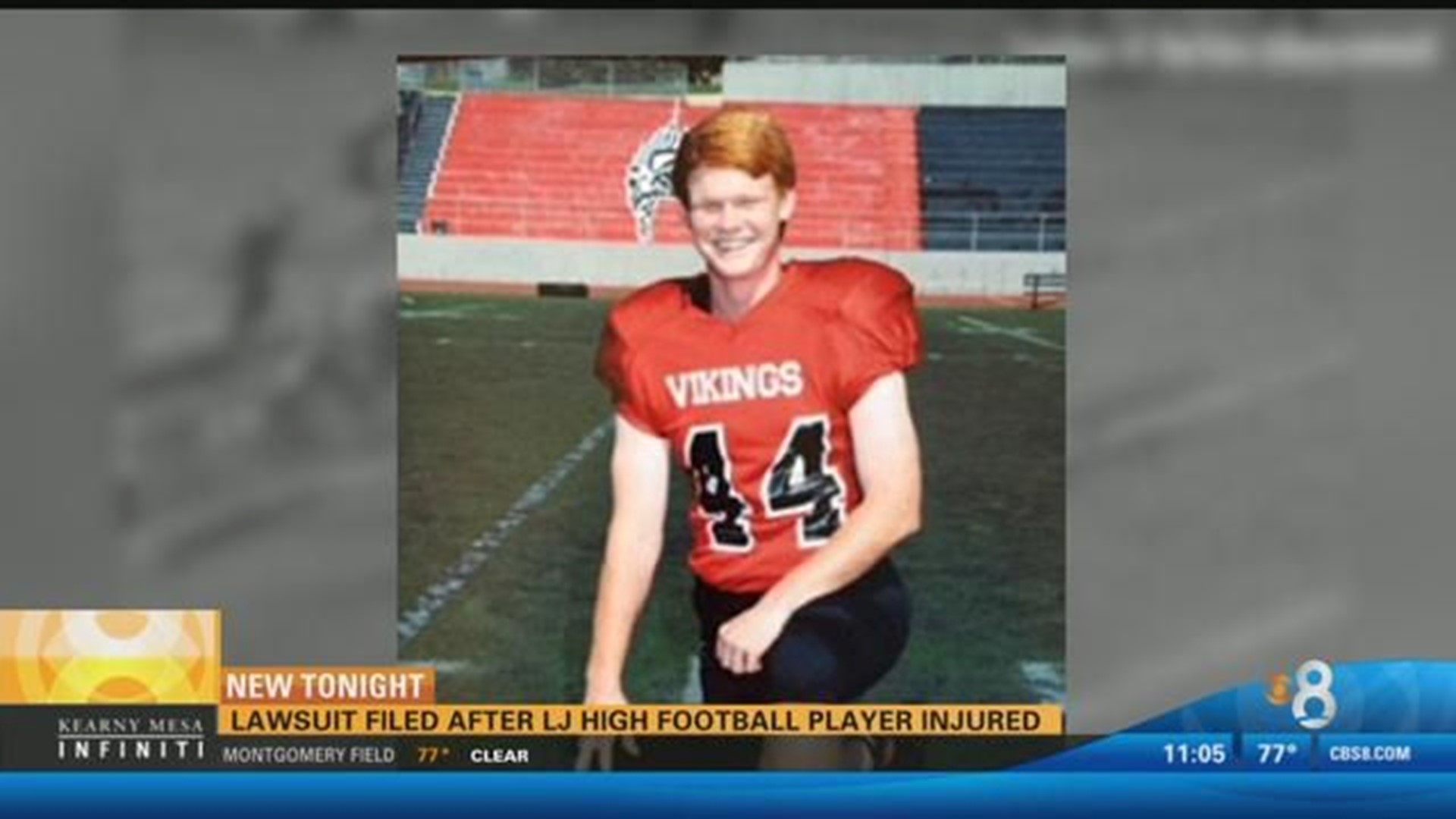 The player's family said the teen was told to "suck it up," after he was hurt, and then he was put back on the field. Now the Enloe family is filing a lawsuit, saying the coach did not do enough to protect their son from severe brain injures.

"When you start letting coaches inflict their personal desires to win at all costs that is when we have problems," said the Enloes' attorney, William M. Berman.

According to his parents, Trey Enloe, 17, suffered multiple concussions during a junior varsity football game for La Jolla High School in October of 2014 against Point Loma. His parents said he told his coach he was not feeling well.

"It was a little shock to us when he said - I don't think I can go back in the game," said Trey's mother, Jana Enloe.

The family's attorney claimed the assistant coach sent him back on the field, and now, they have filed a lawsuit against the San Diego Unified School District.

According to Trey's mother, he took one blow after another and by the third quarter his eyes were dilated, and he was talking out of one side of his mouth.

Trey's teammates told him to see the trainer, who also told his parents it was the worst concussion he had ever seen.

Now, Trey's mother fears the injuries may have led to depression.

"I just have to ask you, have you ever thought about taking your own life? And he said yes, Mom, I have. That is the part I just, as a mom, I don't want my child to ever have that feeling," she said.

"I definitely think that more can be done on training, and definitely if a child says, 'I don't think I can go in,' don't put them back in the game," said Trey's mother.

A spokesperson for the school district said they are not able to comment on pending claims or lawsuits, but have changed their concussion policies and require all coaches to pass the California Interscholastic Federation Concussion Course. And, coaches must show proof of completing the course before coaching.

Some of the district's changes include:

The CIG Commissioner said it is up to the district to enforce the rules, but will investigate if there is a complaint.

The family's attorney said the assistant coach, Steven Wachs, was suspended for two games and has not returned to the team.

The Enloe family said Trey will go through another round of testing in February. Doctors may determine at that time how long he will suffer from the concussion and his possible lifelong prognosis.