The parents of a Chula Vista bicyclist struck and killed by a 16-year-old driver in Santa Maria last month are turning their family's unthinkable loss into a mission to help save other cyclists' li... 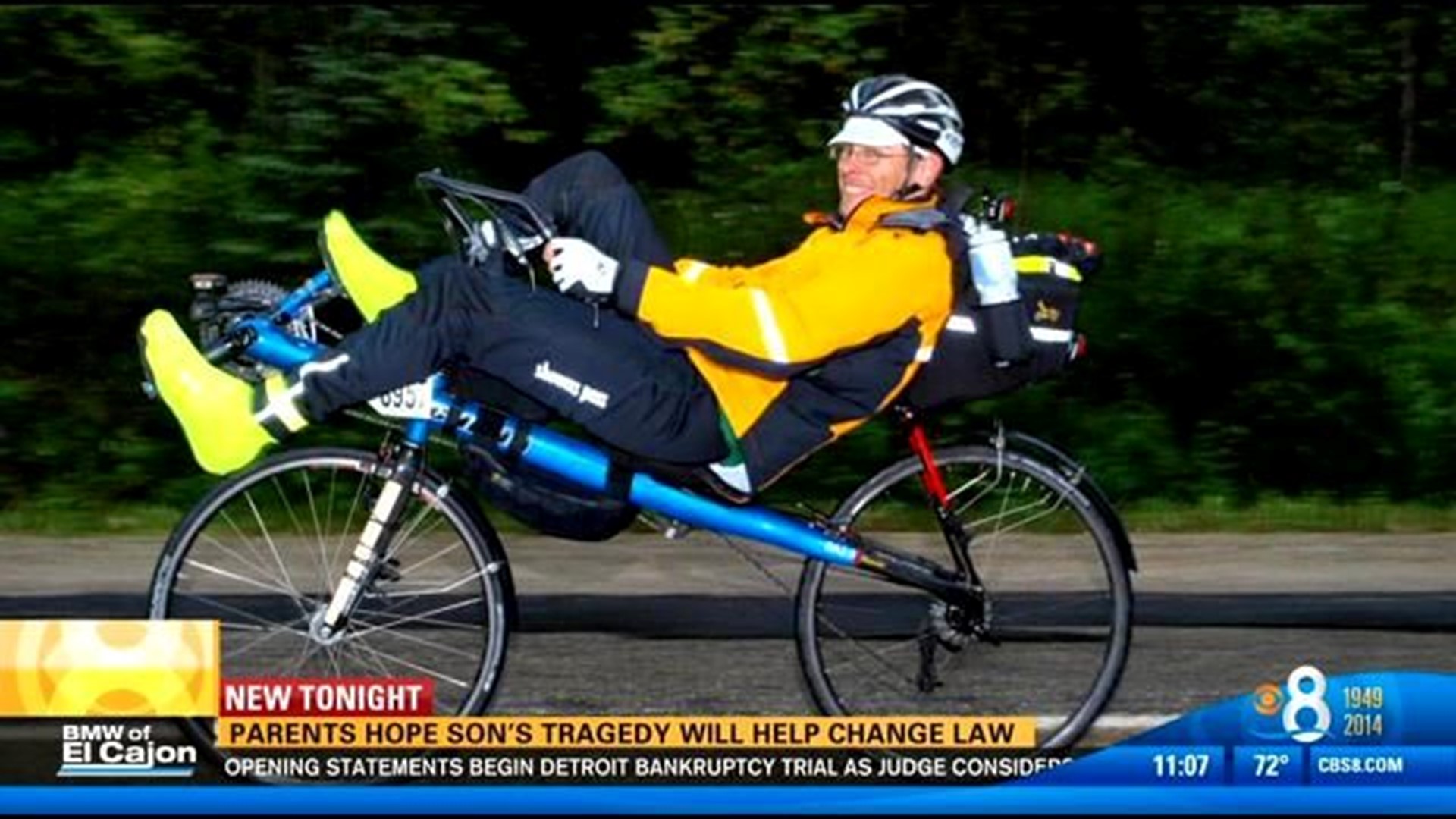 CHULA VISTA (CBS 8) - The parents of a Chula Vista bicyclist struck and killed by a 16-year-old driver in Santa Maria last month are turning their family's unthinkable loss into a mission to help save other cyclists' lives.

"We want, we need to have something positive come out of this tragedy," Cheri O'Neill told CBS News 8. "We know that our son would want us to do that, and he's going to be the one who's going to give us the courage to stand up and start this campaign."

Thirty-three-year-old Matthew O'Neill, an experienced and extremely safety-conscious long-distance cyclist, has been participating in an intense 1200-kilometer ride on August 9 from San Jose to San Luis Obispo. Just 40 miles away from finishing, O'Neill was struck and killed along a two-lane rural stretch of road in Santa Maria by a 16-year-old behind the wheel of a pick-up truck hauling a horse trailer, according to CHP.

"He thought he had enough room, and he didn't. He struck my son," said Michael O'Neill, Matthew's father.

"All he had to do was slow down, and he didn't slow down," added Cheri O'Neill.

Matthew's untimely death has spurred those closest to him to take action.

"It doesn't do what's necessary to protect the riders, and the drivers," Michael O'Neill added.

The O'Neills are pushing for the law to be amended to allow drivers to cross the center divide, when safe, to pass a cyclist: a simple move that could have saved Matthew O'Neill's life.

Matthew's parents also plan to launch an educational campaign, starting in schools, to encourage drivers and cyclists to share the road safely and respectfully.

"I don't want another parent to have to go through all this," Michael O'Neill said.

A
graduate of Bonita Vista High School, Matthew O'Neill had already earned his law degree, specializing in defending the rights of people with disabilities. At the time of the accident, he was just 10 months away from completing his PhD in special education at UC Santa Barbara.

For more information on the campaign to honor Matthew's life and to help save other lives, go to: www.facebook.com/remembermatthewoneill