A San Diego father is furious after U.S. Customs officers at the border strip-searched his daughter and according to him, touched her inappropriately. 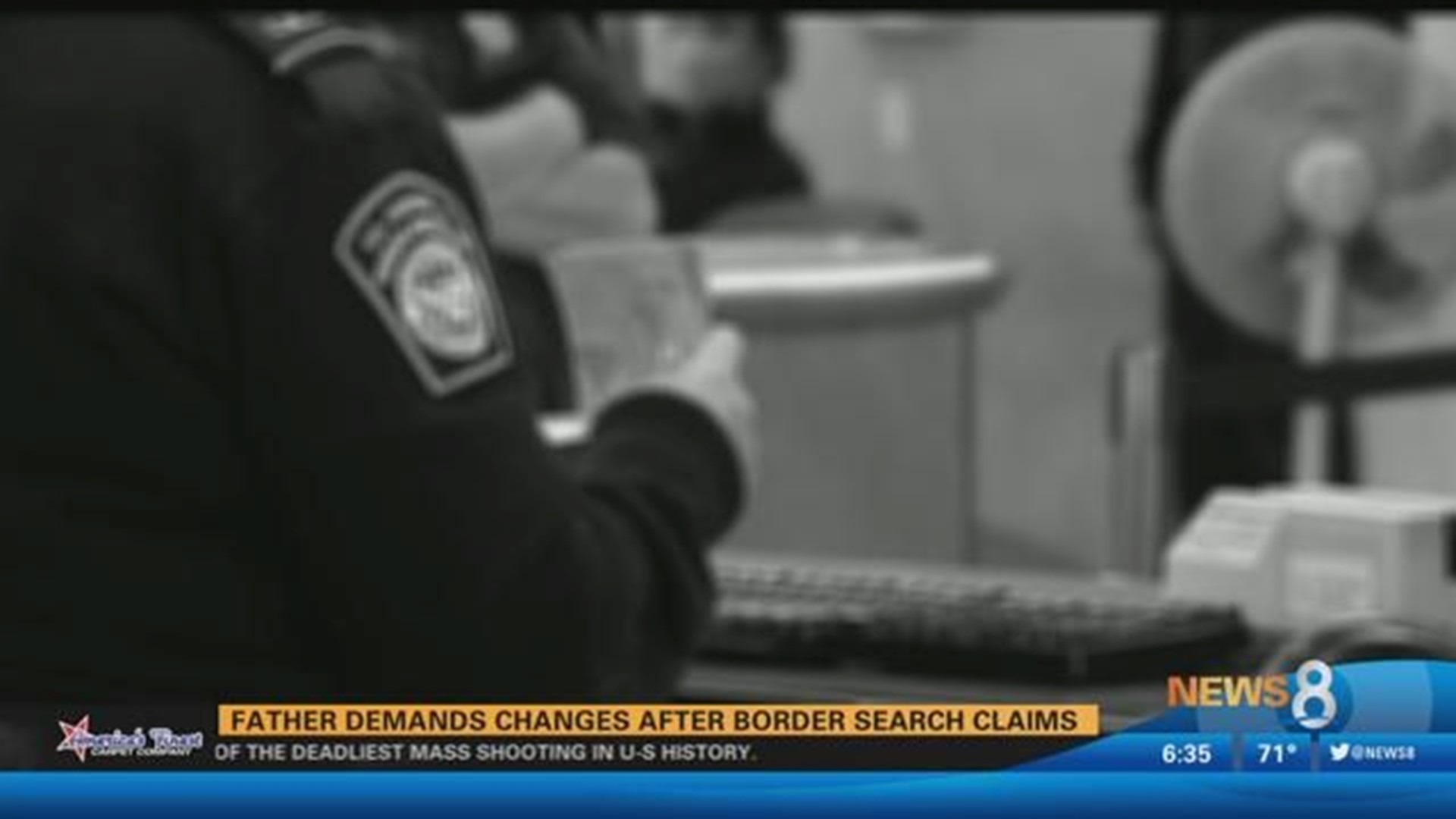 SAN DIEGO (NEWS 8) – A San Diego father is furious after U.S. Customs officers at the border strip-searched his daughter and according to him, touched her inappropriately.

The American Friends Service Committee said it has received 50 similar complaints this year, and the father of the 16-year-old said they came forward to put a stop to these searches he calls egregious.

According to Scott Catlin, on September 5th, his three daughters 20, 18 and 16-years-old, crossed through San Ysidro Port of Entry to visit their grandmother.

“A K-9 unit alerted agents to the general direction where the three young women where – along with many other people waiting to cross,” said Pedro Rios, AFSC U.S. Mexico Border Program.

As a result, Catlin said his 16-year-old daughter was separated from her two sisters and brought into a room – alone with two female U.S. Customs Officers

Catlin claims his daughter was touched all over her body and was even questioned about her sanitary pad.

“They decided that it was a good idea to strip search her to make sure the pad they already touched was not contraband or had contraband,” said Catlin.

According to Catlin’s lawyer, there was no attempt made to contact the minor’s parents before the search.

“They violated her privacy, her constitutional rights against these unreasonable searches and seizures,” said Francisco Javier Aladana.

Catlin said he understands “we have to have security at the border, but there has to be a better and more dignified of doing things.”

Citing privacy laws, Customs and Border Patrol would not comment on the case. The agency sent News 8 the following statement:

"CBP takes allegations of employee misconduct seriously. Under a uniform system, allegations of misconduct are documented and referred to the DHS Office of Inspector General for independent review and assessment."

Catlin and his lawyer said they will be meeting with the inspector general on Friday and depending what they hear, they will decide whether or not to file a lawsuit.