Faulconer and Aguirre to run for mayor of San Diego 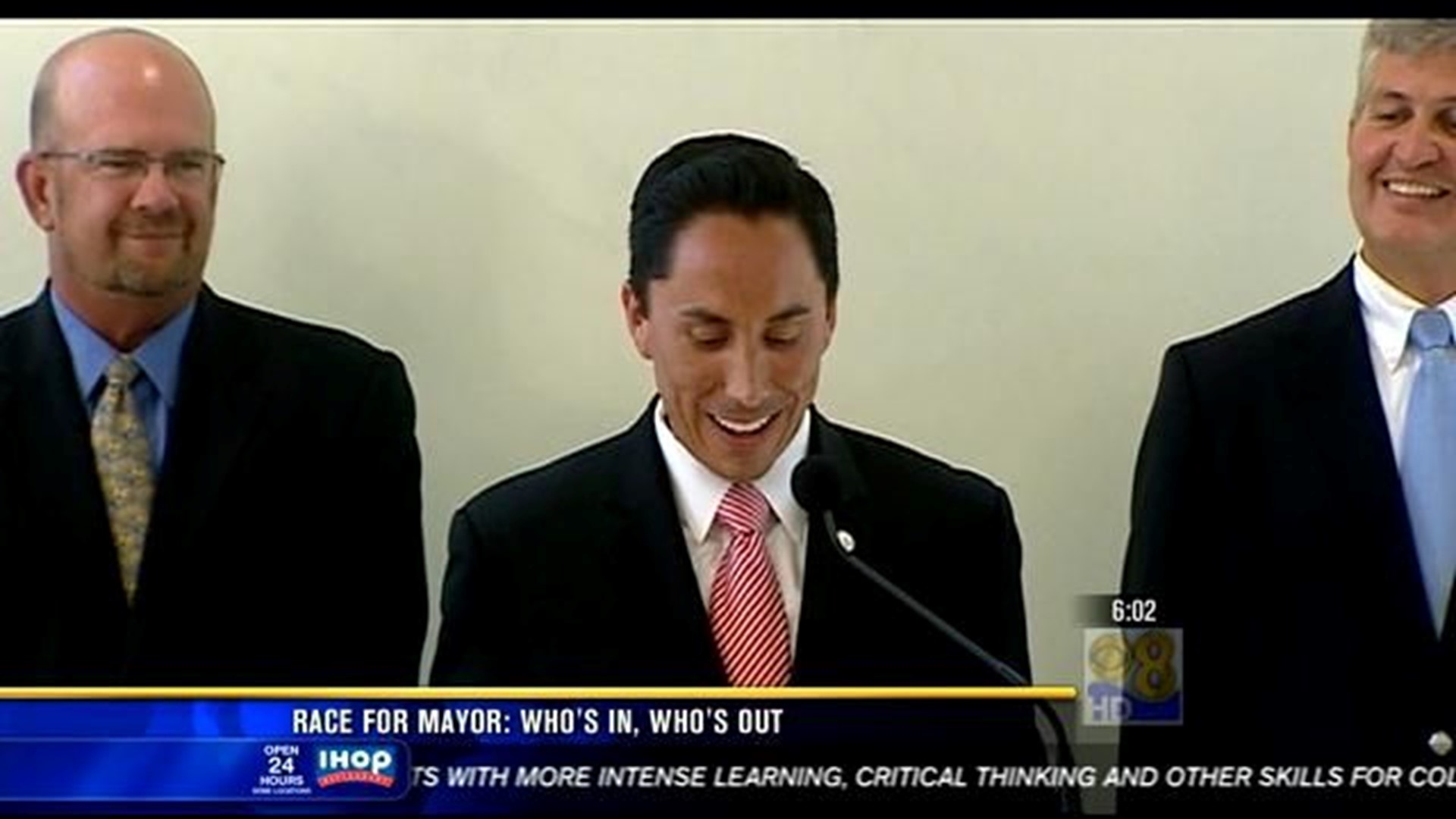 SAN DIEGO (CNS) - City Councilman Kevin Faulconer and former City Attorney Mike Aguirre announced Wednesday that their names will be on the ballot in the November special election to finish the mayoral term of Bob Filner, who resigned in disgrace after nine months as the city's chief executive.

Faulconer's decision was widely expected. The senior member of the City Council in length of service, he is to be termed-out next year, and it's been long believed that he aspires to the mayor's office.

"I stand with my fellow San Diegans and I'm ready to do my part to make sure San Diego's next chapter is our best yet," Faulconer said.

The representative of the city's beach areas and Point Loma is a vocal proponent of a competitive bidding program called "managed competition" to create a leaner city government and was a leading critic of the state abolishing redevelopment agencies.

He said returning trust to the mayor's office is one of the "greatest challenges facing our community."

Aguirre is scheduled to file paperwork at the City Clerk's Office on Monday.

Faulconer and Aguirre will take on one-time Republican Assemblyman Nathan Fletcher, who left the GOP during last year's mayoral campaign to become an independent. Months after finishing third in the June 2012 primary, he re-registered as a Democrat.

Last week, Fletcher -- now an executive at Qualcomm -- received endorsements from unions representing firefighters and municipal white-collar workers. The former Marine released a video Tuesday in which he said one of his priorities will be giving hard-working residents an opportunity to buy their own home.

In remarks to reporters Wednesday, he said the race was coming down to whether San Diegans want status quo candidates or someone who represents the future.

"San Diegans are ready to move forward," Fletcher said. "I think we're tired of living in the past. This election really is about the candidate who represents the future, and that's what my candidacy stands for -- a break from the past, a break from a lot of the problems and issues."

Gloria cited the "enormous task" of cleaning up after Filner, DeMaio decided to remain focused on a congressional campaign against Rep. Scott Peters, D-San Diego, and Roberts said he preferred to finish his term with the county.

According to published reports, Councilman David Alvarez and former Assemblywoman Lori Saldana are still contemplating getting into the race.

A special election is scheduled for Nov. 19.

A candidate who wins over 50 percent of the vote will become mayor. Otherwise, a runoff between the top two vote-getters would take place early next year.

So far, 18 people have declared their intention to run.