Each year, a group of about 30 San Diegans get a rare glimpse inside the FBI as part of the agency's FBI Citizens Academy. 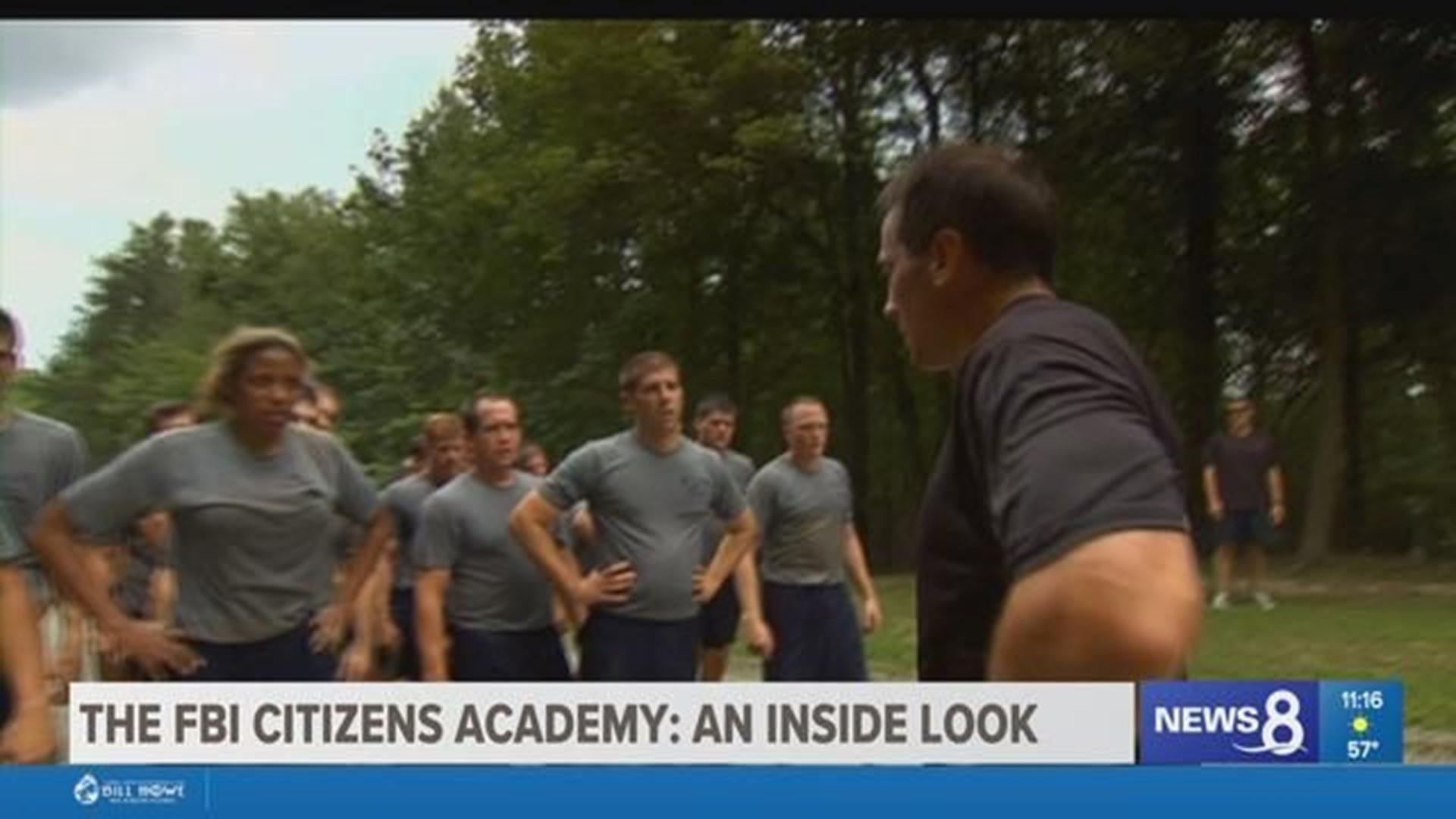 SAN DIEGO (NEWS 8) - Each year, a group of about 30 San Diegans get a rare glimpse inside the FBI as part of the agency's FBI Citizens Academy.

Participants are nominated and represent a cross-section of San Diego. They include: community leaders in business, charities, academia, civic organizations, religious groups, the media, among others.

Over an eight week course, the group gets a closer look at the FBI's work - which includes investigating more than 250 types of federal crimes.

Agent Dudley is the senior team leader of the Evidence Response Team (ERT) at the FBI’s San Diego Field Office. He says, "our job is to find the evidence that’s hidden to the naked eye, develop techniques to do that, and preserve integrity of that evidence. If it needs to be analyzed, we then send it to the FBI Laboratory in Quantico, Virginia.”

Every year, Agent Dudley gives a behind-the-scenes tour of the ERT to the participants of the FBI Citizens Academy.

"It's nice to work with people from our community, to bring them in and show them what we do," Dudley told News 8. "To teach people from community what we do and have them partner with us is rewarding," he added.

When participants go through the FBI Citizens Academy, they receive access to areas of the agency most people never get a chance to see, including learning about the techniques agents use to solve crimes.

She adds, "I think people will find it hard to believe some of the things we see, some of the crimes we investigate, and it's important to make sure the community is aware."

The FBI Citizens Academy gives participants a rare look at what agents do.

News 8's Marcella Lee is a graduate of the program. She had the chance to go through simulation firearms training, as part of a discussion about ethics and the use of deadly force.

The group spent one day at the FBI gun range, in addition to class time, where they learned more about the crimes the FBI investigates. The list includes bank robberies, crimes on high seas, crimes aboard aircraft, murders for hire, kidnapping, child pornography production, distribution, possession and sex trafficking.

Dickey said, "A lot of people don't know what the FBI really does and we want to make sure we educate them about that. We choose community leaders with a spirit of influence, so they can take the information back into their communities, organizations, business, churches and schools."

She said the goal is to build trust between the agency and the community in their mission to keep people safe.

The next session begins on March 19th, 2019. If you’d like more information about the FBI Citizens Academy or other FBI programs, click here.