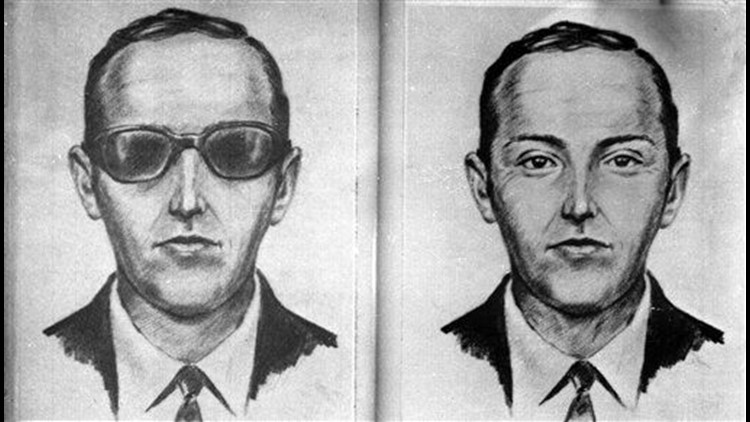 OLYMPIA, Wash. (AP) — DNA testing has failed to link a new suspect in the D.B. Cooper hijacking to a necktie that he left behind on the plane in 1971, the FBI said Monday.

Special Agent Fred Gutt cautioned that the test does not necessarily rule out the deceased man because investigators do not know whether DNA on the tie is that of the hijacker. Gutt said there are three different DNA samples on the necktie and it's not clear where the hijacker got it.

"There are some questions about the tie itself: Was it a used tie, a borrowed tie?" Gutt said.

Investigators compared the DNA on the tie to the DNA of someone in the new suspect's family, Gutt said. A woman in Oklahoma recently came forward to say that she believes her uncle, Lynn Doyle Cooper, was the hijacker — which she based largely on memories from when she was 8 years old.

Gutt said the FBI had an inconclusive round of fingerprint testing on a guitar strap and that investigators are now working with family members to identify other items that could be tested further for fingerprints.

Federal investigators have checked hundreds of leads since the man dubbed "D.B. Cooper" parachuted from a flight with $200,000 dollars in ransom in 1971.

Cooper claimed after taking off in Portland that he had a bomb, and officials met his demands for parachutes and ransom money when the plane landed in Seattle. After ordering the flight back into the air, Cooper apparently jumped from the plane around the Washington-Oregon border.

FBI investigators have questioned over the years whether Cooper could have survived. Marla Cooper, the woman who believes her late uncle is the hijacker, recalled seeing him arrive at a family home in Oregon with serious injuries.

Associated Press writer Mike Baker can be reached at http://twitter.com/MikeBakerAP