An off-duty federal agent went for a wild ride from Ocean Beach to the Gaslamp District against his will Friday night after he saw someone loading his bicycle into a truck and jumped into the bed o... 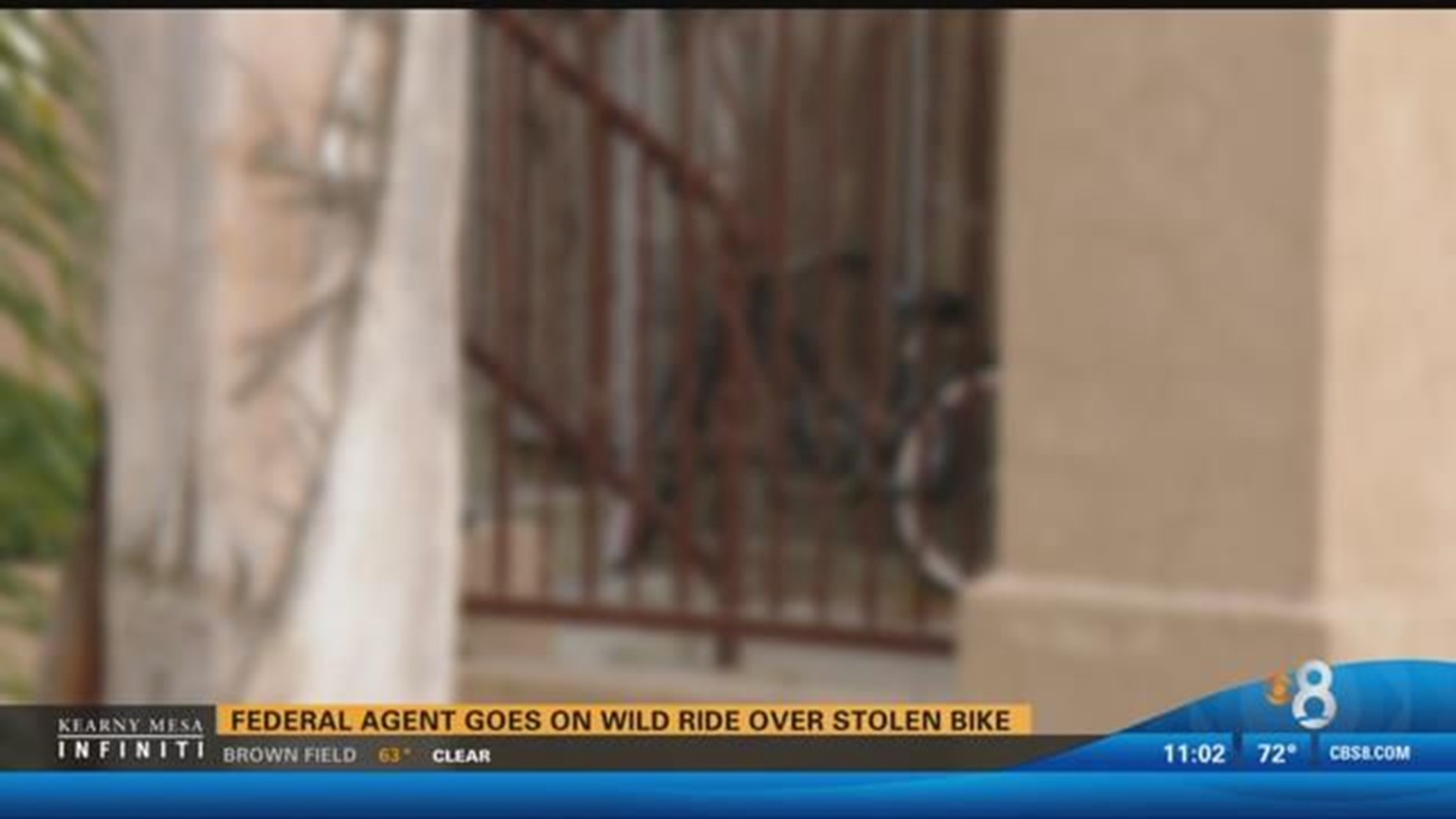 SAN DIEGO (CBS 8) - An off-duty federal agent went for a wild ride from Ocean Beach to the Gaslamp District against his will Friday night after he saw someone loading his bicycle into a truck and jumped into the bed of the pickup as the suspected thieves tried in vain to make their getaway.

The agent -- whose name and agency affiliation were not released -- witnessed the theft about 7 a.m., outside his home in the area of Narragansett Avenue and Sunset Cliffs Boulevard, according to San Diego police.

The victim grabbed his badge, ran out to the blue Chevrolet truck and shouted to the two occupants, "Stop -- police!''

The man behind the wheel responded by driving off. The agent, however, managed to jump onto the back of the pickup and climb into the bed as the driver sped out of Ocean  Beach and fled to the east and south, SDPD Officer Tony Martinez said.

During the roughly seven-mile trek to downtown San Diego, the victim called the police from his cellphone, providing his location and direction of travel.

Reaching the area of Fourth Avenue and K Street, the truck veered off the roadway and struck a large concrete planter box. It then rolled backward and crashed to a halt against a parked car, Martinez said.

At that point, the suspects -- later identified as 23-year-olds Adan Bustos and Arisdelsi Yoana -- jumped out and ran off. Officers chased down Sanches and took her into custody nearby.

Bustos, meanwhile, got into a taxi and was driven away from the area, but police pulled over the cab a short time later in the 600 block of Harbor Drive and arrested him.

Officers determined that the pickup in which the suspects had been traveling was stolen, Martinez said.

Bustos and Sanches were booked into county jail on suspicion of kidnapping, theft, hit-and-run and other charges.