Subway says a raid at the home of its spokesman Jared Fogle is likely linked to an investigation into an employee at the foundation he founded to combat childhood obesity. 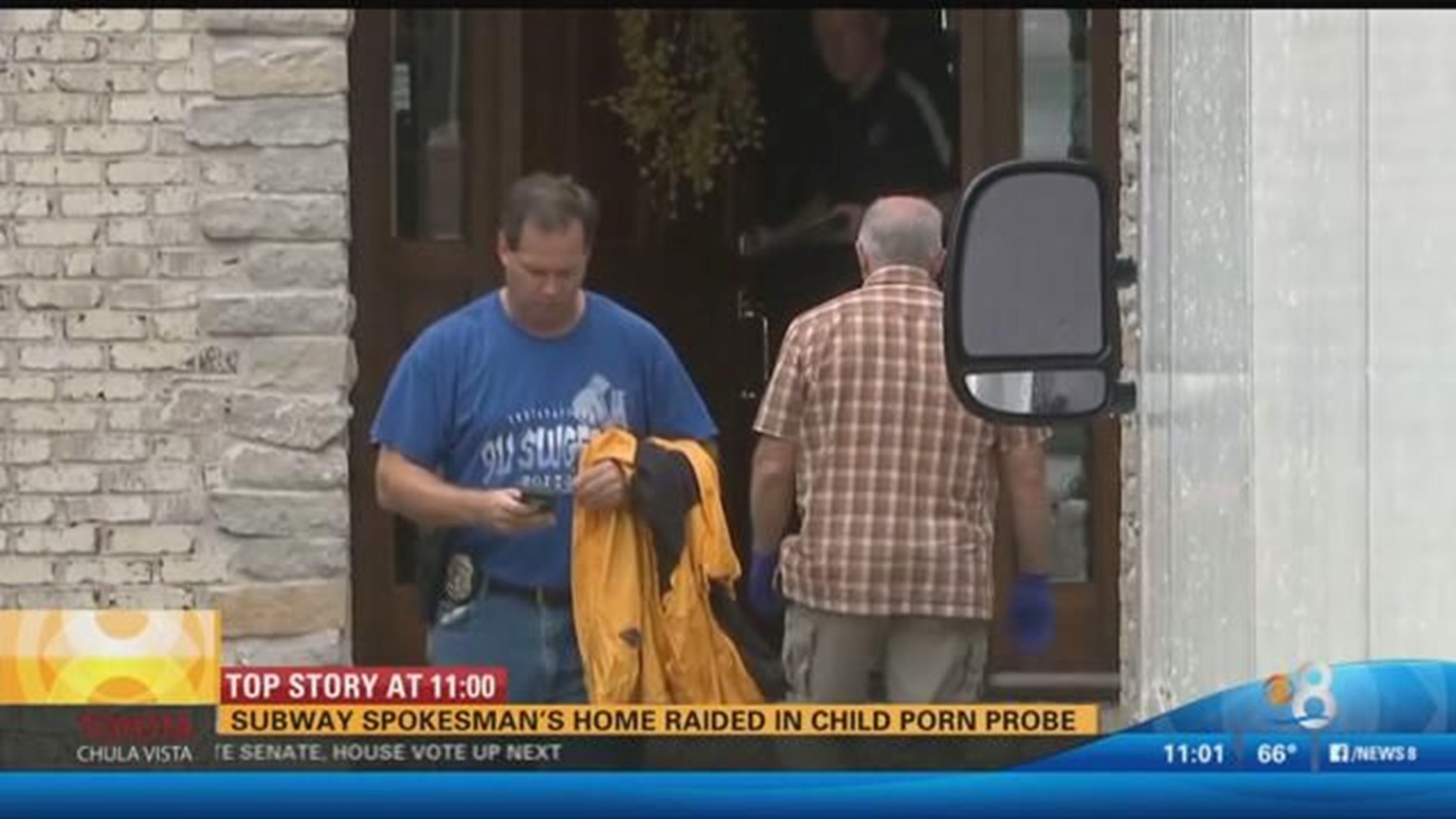 ZIONSVILLE, Ind. (AP) — FBI agents and Indiana State Police raided the home of Subway restaurant spokesman Jared Fogle on Tuesday, removing electronics from the property and searching the house with a police dog.

FBI Special agent Wendy Osborne said the FBI was conducting an investigation in Zionsville, an affluent Indianapolis suburb, but wouldn't say whether it involved Fogle or describe the nature of the investigation.

Subway said in a statement that it was "very concerned" about the raid, which it believes "is related to a prior investigation" of a former employee of the Jared Foundation, an organization founded by Fogle to raise awareness about childhood obesity. Subway did not immediately say whether that employee was former foundation executive director Russell Taylor, who was arrested in May on child pornography charges.

Federal prosecutors in May filed a criminal complaint charging Taylor, 43, with seven counts of production of child pornography and one count of possession of child pornography. Fogle issued a statement after the charges were filed saying he was shocked by the allegations and was severing all ties with Taylor.

Fogle left his house just after noon Tuesday with his attorney, wearing a rain jacket with the hood up. He declined comment. The Indianapolis Star had earlier photographed Fogle stepping out of a police evidence van parked outside his home.

Fogle, 37, became the Subway restaurant chain's pitchman after shedding 245 pounds more than 15 years ago, in part by regularly eating Subway sandwiches. Subway began featuring Fogle in commercials soon after, and his story was instrumental in giving the sandwich chain an image as a healthy place to eat.

During a search of Taylor's home this spring, federal investigators say they discovered a cache of sexually explicit photos and videos Taylor allegedly produced by secretly filming minor children at this home. They said they also allegedly found more than 400 videos of child pornography on computers and storage media recovered from Taylor's home office in his Indianapolis residence.

Taylor's attorney, Brad Banks, said Tuesday his client is being held "pre-indictment" by federal officials pending a grand jury possibly considering the allegations against him.

Banks said Taylor was hospitalized for a brief period after the allegations surfaced but is now in federal custody. Sheriff's officials have said that Taylor tried to take his own life.

Neighbors said Fogle and his wife entertained frequently and would say hello but that they didn't see the couple outside a lot.

Jacob Schrader, 19, who lives across from Fogle's house, said the pitchman seems "like a pretty private guy" and that he'd only seen him about a dozen times in the last five or six years.

Subway, which is based in Milford, Connecticut, and is privately held, has struggled in recent years. Last year, industry tracker Technomic said average sales for Subway stores in the U.S. declined 3 percent from the previous year. The company has about 44,000 locations around the world.