There is a looming deadline in Washington. If an agreement over budget cuts is not reached, millions could be paying the price. 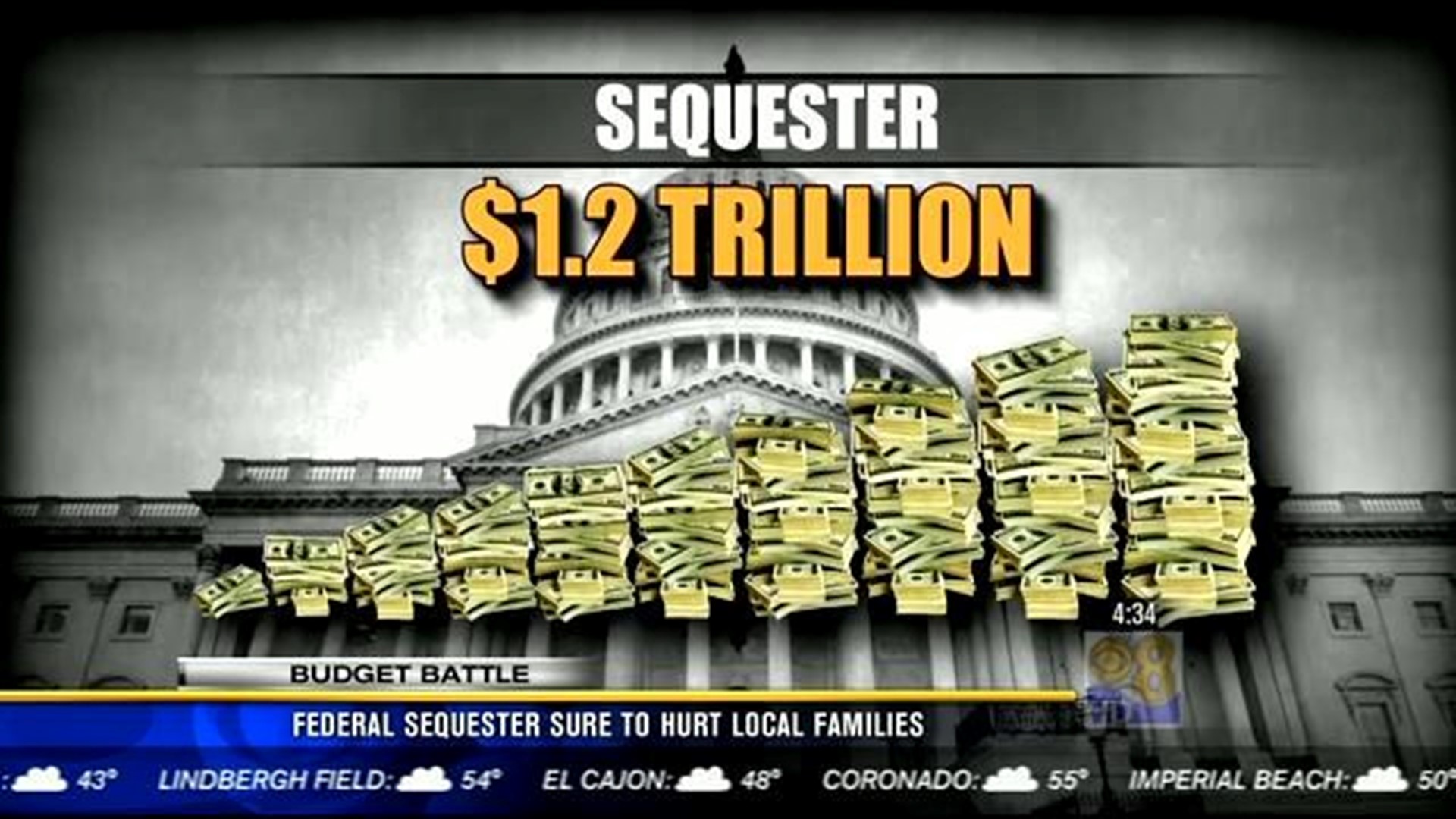 SAN DIEGO (CBS 8) - There is a looming deadline in Washington. If an agreement over budget cuts is not reached, millions could be paying the price.

Some of the hardest hit could be Military families right here in San Diego.

Cuts to our Military, scientific research and investment in our ports -- all of it looking very real as the sequester deadline quickly approaches.

"I want San Diegans to understand this is a real threat for us," says Congressman Scott Peters.

The sequester is a set of $1.2 trillion in spending cuts spread out over 10 years that will start to kick in March 1st.

Mandatory across the board cuts triggered by the 2011 Budget Control Act because a bipartisan group could not agree on ways to slash the budget.

"Taking three percent out of the economy, which is what the sequester would do, is going to put us back into a recession," says Peters.

Congressman Peters says he understands cuts need to be made but says across the board slashing is not the way to do it.

The military will be hit the hardest with $46 billion in cuts this year alone, around eight percent of the Pentagon's budget.

Those cuts threaten about 30,000 Military jobs here in our county.

"They will send out stop-work orders and they'll have to lay off civilians. Contracts will be cut. And that has nothing to do with whether that's good for national security or whether in the long run we couldn't make the right cuts. It's just because Congress couldn't come up with a better approach," says Peters.

Some would think at a time like this Congress is working around the clock to avert the sequester. But they're not. In fact, Congress is taking a week off.

A move that has Peters more than frustrated.

"It is unbelievable to me and I think it shows how out of touch Washington still is - that we would be sent home this week - when we have two weeks until the meat axe cuts take effect. And it'll be particularly harmful to our city and our region," Peters said.

Congressman Peters plans to hold a series of events in our county this week to highlight the impacts of the cuts.

He is also hoping people will contact federal leaders to let them know this is not acceptable.